The Legend of the Lost Legion: How Roman Legionaries Ended Up Fighting for the Chinese 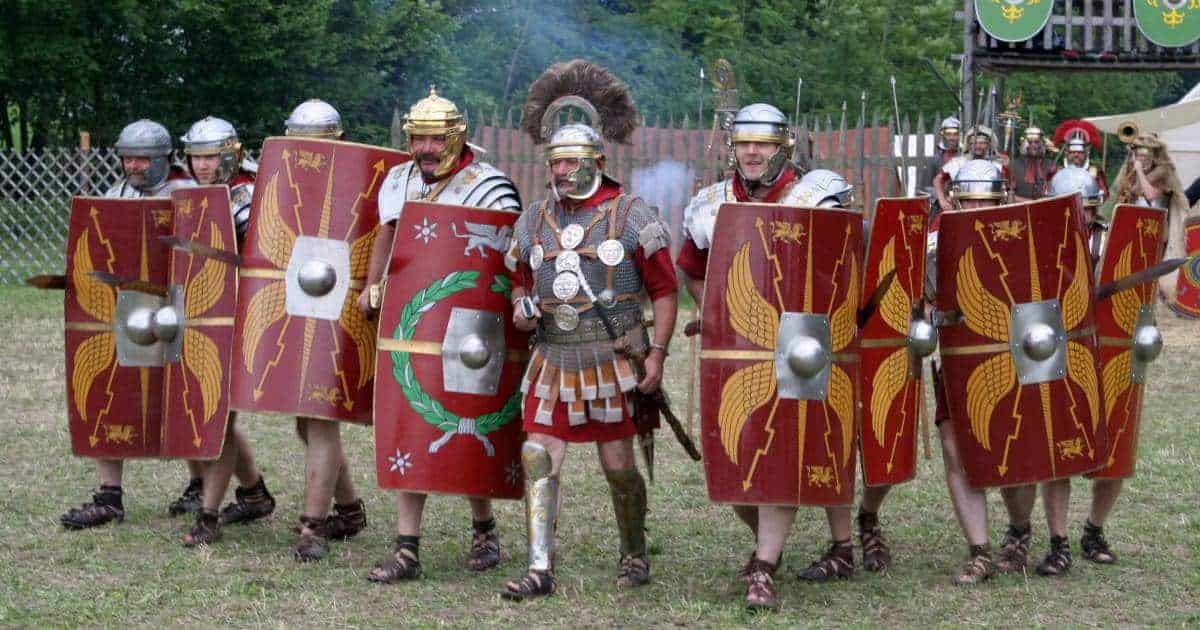 The Legend of the Lost Legion: How Roman Legionaries Ended Up Fighting for the Chinese

If you were a Roman in the first century BC, you might be forgiven for assuming that yours was the greatest empire in the world. After all, Roman legions marched from the Middle East to Britain, crushing every enemy they encountered under their nailed boots. But the Chinese would still probably have had something to say about that claim. Under the Han dynasty, China was in the middle of a golden age, and the Emperor’s control reached from Korea to Central Asia. But at opposite sides of Eurasia, these great empires don’t seem to have had much direct contact with each other.

Many people have wondered what might have happened if the armies of China and Rome ever met in battle. Luckily for both sides, they never came to blows. Unless of course, you believe in the legend of the Lost Legion. As the story goes, a group of legionaries captured in battle was sent east by their captors. Eventually, they found themselves thousands of miles from home, guarding the border against the Huns and even fighting against the forces of Imperial China. But the story of how Roman soldiers might have ended up in China actually starts back in Rome, with a man named Marcus Licinius Crassus.

Crassus was, by all accounts, the richest man in Rome. In fact, he may have been one of the richest men in history. Crassus made most of that wealth through conventional business ventures, but he had some less savory schemes. He famously trained 500 slaves into an organized fire brigade. These firemen would travel the city waiting for one of the thousands of rickety wooden buildings in Rome to catch fire. Crassus would then show up and offer to buy the building for almost nothing, otherwise, the owner could watch their home burn to the ground. Only when the owner agreed to sell would Crassus’s slaves put the fire out.

But the one thing Crassus really wanted was respect and admiration. However, in Rome, respect couldn’t be bought. It was only won at the point of a sword. So, Crassus did what all good Romans did and went looking for someone to conquer. The people he settled on were the Parthians. The Parthian Empire was a rich and powerful state located in modern-day Iran. They were frequently at war with Rome, but at the time Crassus declared his intention to attack them, they weren’t. The Roman Senators granted Crassus permission to attack, but many considered Crassus’s war illegal. And one Tribune even put a ritual curse on him as he left the city.

Obviously, this wasn’t a good start to a campaign. And there were a lot of reasons to think it wasn’t going to turn out well. Crassus had little real military experience, and he was also in his sixties and nearly deaf. But Crassus seems to have never encountered a problem he thought money couldn’t solve. And when he arrived in Syria, he began buying an army of mercenaries and Roman legionaries. After bringing his army in Armenia, the local king advised him to take a longer route to Parthia, avoiding the desert. But Crassus ignored this advice and led his men into the sands and towards one of the most crushing defeats in Roman history.

The Parthian army that came to oppose the Romans was small. In fact, the Romans outnumbered them nearly 5-to-1. Confident that the odds were in his favor, Crassus attacked. The heavily armored Roman legionary was a match for any infantry in the world. But the Parthians had no infantry. Instead, they fought on horseback with bows. And as the Romans advanced, the Parthians retreated, showering their enemy with arrows. The arrows punched through shields and armor, and the legionaries began to fall as the arrows struck home.

Crassus, hoping that his men could hold out until the Parthians shot all their arrows, ordered the legions into the testudo formation. The legionaries locked their shields together into an impenetrable shell, protecting their bodies from the Parthian’s bows. That’s when the Parthian general, Surena, brought out his cataphracts. The cataphracts were heavily armored horsemen, similar to medieval knights. And Surena now lead them in a series of devastating charges into the Roman lines. These charges shattered the testudos, exposing the Romans to more arrows.

Desperate, Crassus sent his son, Publius, to charge the archers with his cavalry. The Parthians pretended to retreat, drawing the Roman cavalry away from the battlefield. Then, the cataphracts charged as the horse archers wheeled around, cutting off their escape. The survivors retreated to a nearby hill as the Parthians killed them with arrows. Publius, rather than be taken captive, chose to commit suicide and died with his men. Though Crassus had no idea that his son was dead, he suspected that the cavalry might be in trouble. He ordered the legions to advance once again, only to be confronted by a Parthian soldier carrying his son’s head on a spear.

The Romans managed to hold out under arrow fire and cavalry charges for the rest of the day. And at nightfall, Crassus ordered his men to leave the wounded and retreat to Carrhae. The next day, the Parthians proposed a meeting to negotiate a surrender. Crassus was reluctant to trust the Parthians, but his men threatened to kill him themselves if he didn’t go. With no other option, Crassus and his generals mounted their horses and went to meet Surena. At the meeting, a fight broke out and Crassus was captured. According to legend, the Parthians poured molten gold down his throat to satisfy his famous greed. 20,000 Roman soldiers died along with Crassus at Carrhae. But the 10,000 who were captured may have found a new life in China.

The survivors of Carrhae were enslaved and dragged into the interior of the Empire. One Roman writer even reported that the Parthians found a Roman soldier who looked like Crassus and paraded him around Parthia in a dress. But what happened to them next is a source of historical debate. The best guess is that they were deported to the far eastern border with China and forced to help guard against attacks by the Huns. There are no Roman sources that tell us what exactly happened to them. But if some historians are correct, they did eventually turn up again in Chinese histories.

In 36 BC, about 20 years after the battle of Carrhae, a Chinese army captured a city in what is now Uzbekistan from the Huns. The Chinese had been fighting steppe nomads like the Huns for generations, so this wasn’t a particularly unusual event. But at this battle, the Chinese witnessed something strange enough that they felt it was worth mentioning in the official history. Apparently, they encountered a type of enemy soldier that they had never seen before… an enemy that fought in a testudo formation.

The Chinese captured 145 of these foreign soldiers after the battle and were so impressed with their skill that they asked them to enlist in their own army. They then settled these soldiers on the border with Tibet in a city that they named Li-Jien. Some historians have noted that the word Li-Jien sounds like the Chinese pronunciation of “legion,” which might be a clue about the identity of the soldiers they settled there. And there’s some genetic evidence that might back that idea up.

Even today, the people in the area around Li-Jien have distinctly European features such as blonde hair and blue or green eyes. And genetic testing has revealed that close to two-thirds of their DNA is caucasian. That fact raises the tantalizing possibility that these people the descendants of the lost legionaries from Carrhae. It’s possible that the Romans found themselves fighting for the Parthians before being captured by Huns and forced to fight the Chinese before finally settling in China. But most of the evidence for this theory is a little spotty.

After all, Li-Jien is on the border of the steppes of Central Asia, where groups of people from Asia and Europe have mingled for thousands of years. And Li-Jien isn’t the only place in China where you might find people with Caucasian features. Archeological evidence from the area has revealed some interesting finds, like a crane that was used in Rome to build fortifications but wasn’t used in China. But that too is circumstantial evidence. One day, genetic testing and archaeology may reveal the truth. But until then, the legendary lost legions in China will have to remain a legend.