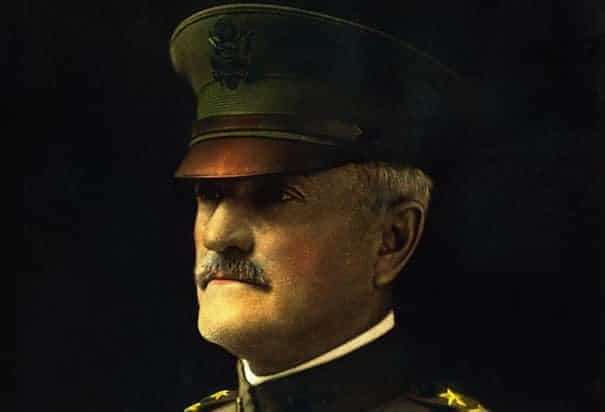 Many people fortunate enough to find success in life know they’ve begun to make an impact when they start receiving criticism from those around them. That’s the moment you know you’ve arrived – when you realize others are trying to bring you down.

For John Pershing, taking a stern lead and making drastic calls on the battlefield may have seemed rash and unheard of to the more conservative types in his day. And perhaps they were. But there’s no denying that his legacy left behind some great advances in history, enough to make his work a suitable guide for future generals to follow in his footsteps. 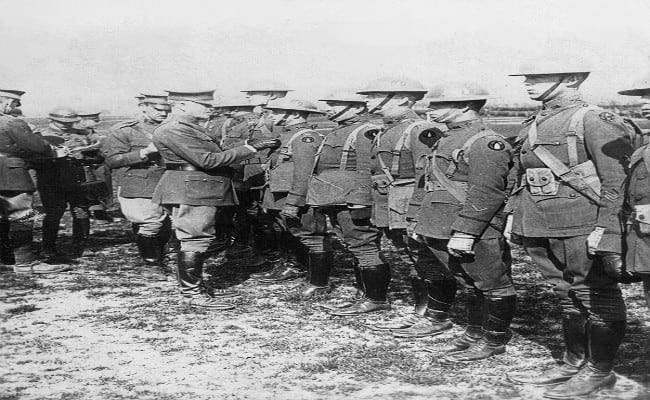 Starting His Leadership through Higher Education

Pershing was a dedicated student at a school in Laclede, reserved for precocious students who also happened to be the children of prominent citizens. Graduating from high school in 1878, he later became a teacher of local African-American children.

In 1880, Pershing attended the North Missouri Normal School in Kirksville, Missouri before applying to the United States Military Academy two years later. He admitted that serving in the military was actually his second choice of vocation, after attending West Point, and he had applied because the education available was better than any other obtainable in rural Missouri. 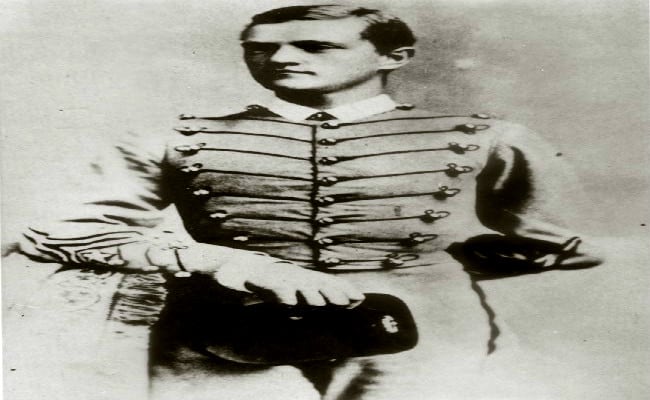 After graduating from West Point, Pershing was commended by the Superintendent, General Wesley Merritt, for his high leadership skills and possessing “superb ability.”

Pershing initially wanted to request time to study law and delay his commission into the Army. He applied for a furlough, but decided to withdraw anyway in favor of active Army duty. Thereafter, Pershing was commissioned a Second Lieutenant in the United States Army at 26 years old.

Setting Himself Up for a Successful Future

Pershing officially reported for active duty in September 1886. While serving in the 6th Cavalry, he joined in several Indian campaigns while also being cited for bravery for actions against the Apache. Additionally, during his time at Fort Stanton, Pershing and close friends Lt. Julius Penn and Lt. Richard B. Paddock were nicknamed “The Three Green P’s,” spending their leisure time hunting and attending Hispanic dances.

From 1887-1890, Pershing served with the 6th Cavalry under various roles in California, Arizona, and North Dakota while also becoming an expert marksman. When he and the 6th Cavalry arrived at Sioux City, Iowa in December, Pershing participated in suppressing the last uprisings of the Lakota (Sioux) Indians.

Though he and his unit had no dealings in the Wounded Knee Massacre, they did fight three days after that when Sioux warriors attacked the 6th Cavalry’s supply wagons. As the Sioux started firing at the wagons straight on, Pershing and his troops heard the shots, riding more than six miles to find the attack site. The incoming cavalry fired at Chief War Eagle’s men, causing them to retreat, and this would be the only time Pershing would see action in the Ghost Dance campaign. 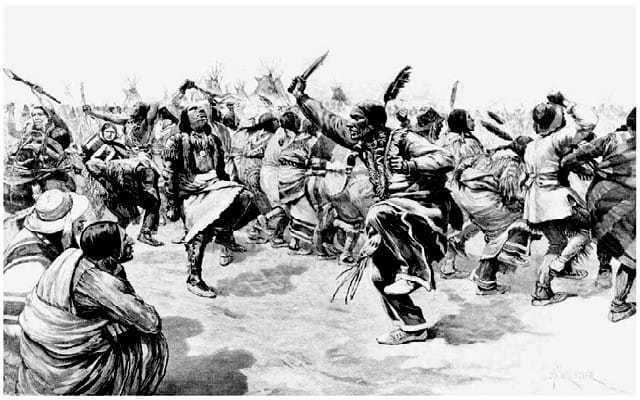 By September 1891, he was assigned the task of becoming Professor of Military Science and Tactics at the University of Nebraska-Lincoln until 1895. While in Nebraska, he finished law school and formed a drill company of chosen university cadets, Company A. The eventually established a fraternal military drill organization named the Varsity Rifles, which they later renamed the Pershing Rifles in his honor as a prolific mentor.

Pershing was also promoted to first lieutenant in October 1892, leading him to take command of a troop of the 10th Cavalry Regiment (one of the original Buffalo Soldier regiments), which was composed of African-American soldiers under white officers.

Taking Command on the Frontlines

At the beginning of the Spanish-American War, First Lieutenant Pershing fought with the 10th Regiment unit on Kettle and San Juan Hill in Cuba, where he was cited for his gallantry by receiving a Silver Star for his efforts. A commanding officer at his side commented on Pershing’s coolness under fire, saying he was “cool as a bowl of cracked ice.” Pershing also found himself serving with the 10th Cavalry during the siege and surrender of Santiago de Cuba.

And in August 1899, when the Philippine-American War broke out, Pershing was requested to transfer to Manila as a major of Volunteers. He was assigned to the Department of Mindanao and Jolo, taking control of efforts to suppress the Filipino Insurrection. By 1901, Pershing was honorably discharged, returning to his former rank of Captain in the Army and serving with the 1st Cavalry Regiment in the Philippines.

In 1913, Pershing found himself being recommended for the Medal of Honor following his actions at the Battle of Bud Bagsak. His seemingly humble attitude led him to write to the Adjutant General, requesting that the recommendation not be acted on. Even though the board had already voted no before receiving Pershing’s letter, a further review of this incident resulted in Pershing being recommended for the Distinguished Service Cross as well. He once again disapproved this idea, now that he was Army Chief of Staff himself and could make the decision on his own. (Pershing received the Distinguished Service Cross later in life anyway for his heroism at Bud Bagsak. President Franklin D. Roosevelt presented it in a ceremony for him, timed to coincide with Pershing’s 80th birthday.)

During this period, Pershing’s reputation for leading with stern discipline and effective leadership continued to grow as well. One experienced soldier under his command would later call Pershing an “S.O.B,” stating that he hated Pershing’s guts but that, “as a soldier, the ones then and the ones now couldn’t polish his (Pershing’s) boots.”

Pershing endured many more significant events in his day, including leading the expedition to retrieve Pancho Villa from Mexico in 1916 (they never did) and losing almost his entire family – his wife and three daughters – in a house fire in San Francisco. Only his son survived. He served as Commander of the American Expeditionary Force in WWI, exercising significant control and refusing to get involved in political or government disputes over policy that might distract him from his mission. 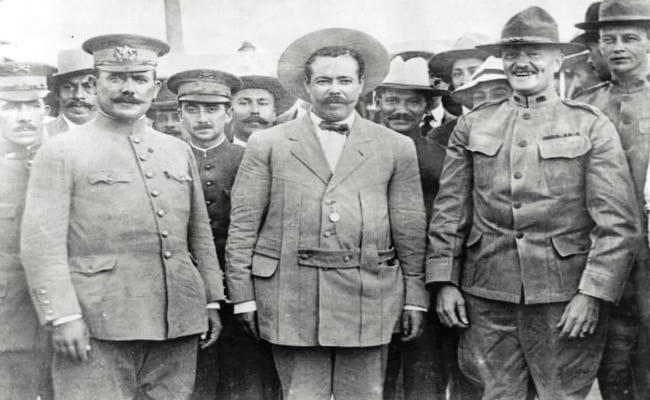 His substantial efforts on the WWI battlefront as General of the Army, leading America to victory over Germany, proved Pershing’s ability to take charge. This review of his career also led to his decorated return home, with Pershing being awarded multiple medals and honors. This included the ultimate honor: becoming the only American to be promoted in his own lifetime to General of the Armies, the highest possible rank in the Army.

Sure, some of his tactics have been criticized both by other commanders at the time and by modern historians. His reliance on costly frontal assaults has especially been blamed for supposedly causing a higher amount of American casualties.

But whatever opinion you may hold over the man’s decisions in battle, Pershing notably served as a mentor to many in the generation of Generals who led the United States Army during World War II, including George C. Marshall, Dwight D. Eisenhower, Omar Bradley, George S. Patton, and Douglas MacArthur.