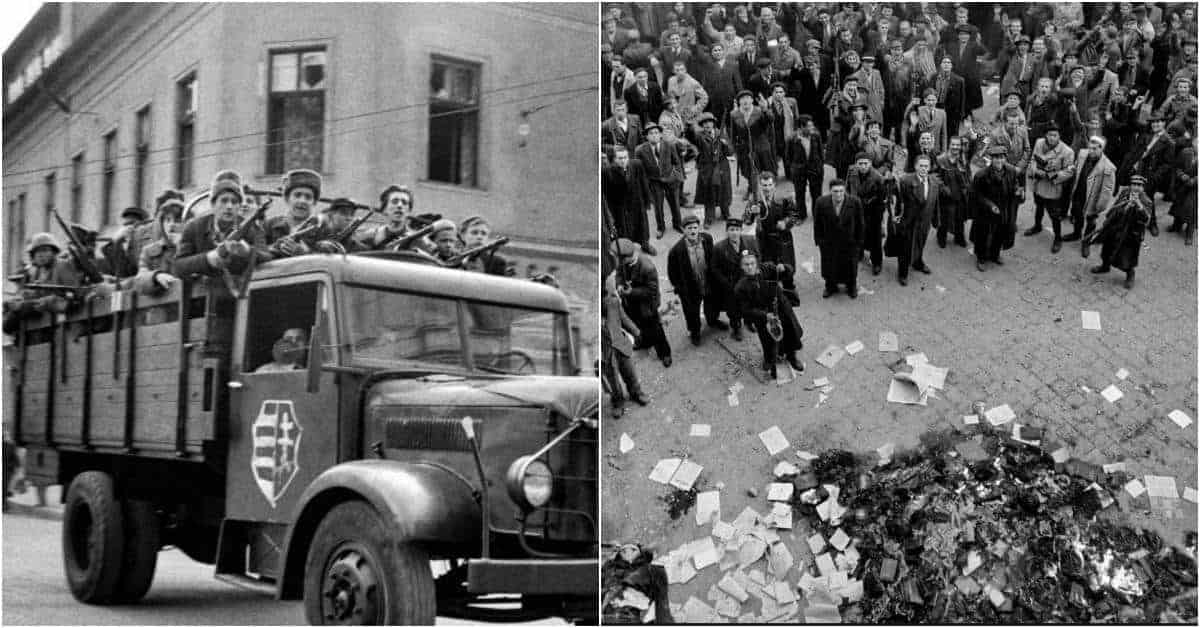 The Hungarian Revolution of 1956 was a nationwide revolt against the government of the Hungarian People’s Republic and its Soviet-imposed policies, lasting from October 23 until November 10.

The revolution began as a student demonstration, which attracted thousands as they marched through central Budapest to the Parliament building. A student group entered the radio building to attempt to broadcast their list of demands but they were quickly detained. When the student group’s release was demanded by the demonstrators the State Security Police (AVH) starting shooting at the protestors from within the building. One student was killed. The protestors wrapped him in a flag and lifted him above their heads.

The revolt spread across Hungary and the government collapsed. Thousands organized into militias, battling the AVH and the Soviet Troops. Pro-Soviet communists and AVH members were executed or imprisoned and anti-communist political prisoners were released and armed.

A new government was formed which disbanded the AVH, declared its intentions to withdraw from the Warsaw Pact and pledged to re-established free elections. By the end of October, the fighting had paused.

After first stating their willingness to negotiate a withdrawal of Soviet forces withdraw, the Political Bureau of the Central Committee of the Communist Party of the Soviet Union changed its mind. On November 4, a large Soviet force invaded Budapest. The Hungarian resistance continued until November 10.