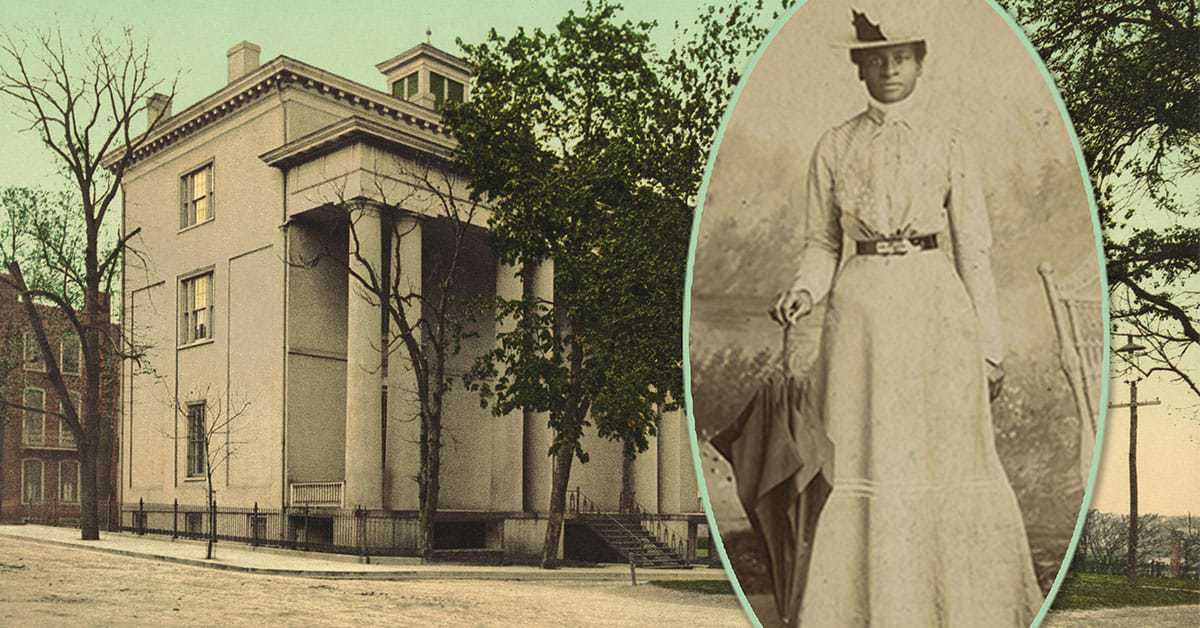 When she returned to Richmond, Mary was arrested and imprisoned for nine days for claiming to be a free person of color without having her free papers. During her confinement, she was constantly questioned and interrogated. Mary knew how to protect herself: she gave false names to her jailers and lied about her identity. After her release from jail, the chances were that she would be sold into slavery again. To save Mary from this fate, Elizabeth’s mother paid a fine and secured Mary’s release.

By September 1861, Elizabeth Van Lew became involved in pro-Union activities in Richmond. She began developing the contacts for what would be known as the Richmond Underground, the spy ring she would organize until the end of the war. Its members collected intelligence from both Union and Confederate troops, smuggled the information to Union leaders outside the city, and helped Union soldiers escape from behind enemy lines. Elizabeth recommended Mary for a job as a servant for the Davis family in the Confederate White House, giving the Richmond Underground the upper hand in having a source so close to the leader of the Confederacy.

Mary’s education and excellent memory would serve her well. She knew what to look for, and she could keep an eye out for certain information on troop movements while she was cleaning the President’s office. Blending in easily, she kept her ear to the door and eavesdropped on conversations. At the end of the day, she would write down all of the information she had gathered that day and smuggle it out to Elizabeth. Elizabeth would then code the information and send it to General Grant, significantly improving the Union advantage.

After the war was over, Mary earned her freedom, but she stayed in Richmond. Her education and teaching experience in Liberia was highly valuable: she began working with the Freedmen’s Bureau, teaching former slaves. Within a few months, Mary traveled to New York, giving two speaking engagements about her experiences during the Civil War. For each of these engagements, she gave two separate aliases and shared different information about herself, much like she had when she first came back to Richmond from Liberia. One can only assume Mary felt safer this way, with fake names and identities to hide behind, especially as a black woman who plotted against the Confederacy. In these speeches, she not only described her spy activities, but she also used them as a platform to support voting rights and equal rights for African-Americans.

By the late 1860s, Mary relocated to various parts of the South as a teacher with the Freedmen’s Bureau. In early 1867, she founded a new school in Saint Mary’s, Georgia, in which she taught almost 200 students. Through her letters to Gilbert L. Eberhart, the superintendent of education for the Georgia Freedmen’s Bureau, we see what it was like to teach at a freedmen’s school directly after the Civil War in the South. She complains that the school doesn’t have the resources that it needs to be successful, as the funding was inconsistent. Mary also feared for her safety and the safety of her students, citing threats of violence against them by whites.

By the middle of 1867, in her final letters to Eberhart, she wrote to him that she married and that her new husband returned to Havana, Cuba. By the end of June, she was instructed to close the school, and in her final letter, she asked for the remainder of the salary she was owed so that she could travel to meet her husband. Whether or not she did this is unknown, and all evidence of Mary disappears from the historical record. Given her knack for fading into the background and forming new identities, it isn’t surprising that she disappears like this. Maybe one day, we will find her.

There was a picture that circulated for years of a woman named Mary Bowser, dressed in early twentieth-century clothing, surrounded by early twentieth-century furniture. Author and historian Lois Leveen challenged its authenticity because the woman in the photograph is much younger than the real Mary Bowser would have been when the picture was taken in 1900. Plus, why would a woman who completely disappeared from the historical record, without so much as a mention, suddenly show up in a photograph, almost thirty-five years after she disappeared? While the name of the woman in the picture is indeed Mary Bowser, it is not a picture of the woman who was a spy in the Confederate White House.

The growth of the study of women’s history and African-American history reminds us how difficult it is to study these subjects comprehensively because the historical record remains incomplete. What we know about Mary, her contributions, and her movements is mostly through the historical record left by others. Would we even know who Mary Bowser was if Elizabeth Van Lew hadn’t enjoyed a close relationship with her, or would she be lost to history, like so many others? Mary Bowser remains a fascinating figure in the study of the Civil War espionage because she is so mysterious. We don’t even have a picture of her.