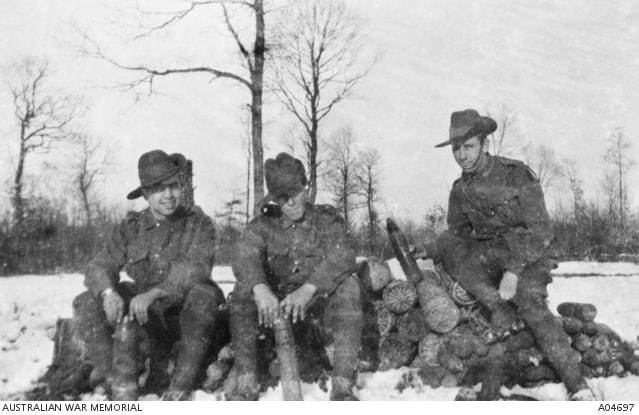 In 1914, World War I broke out across the world. When Britain declared war on Germany, Australia soon followed. Despite being in the midst of an election, both parties fully supported Australia joining the war. Even through there was plenty of enthusiasm for the war at the start, the enthusiasm started wane by the end of the war.

Russia also entered the war on the side of the Allies, which did not help the number of social and economic issues that were already affecting the country. In 1917, the issues affecting the country came to a head and Tsar Nicholas II abdicated his throne during the February revolution. By October of 1917, the provisional government fell and the Bolsheviks came into power. The country was then thrown into turmoil as groups vied to see who would maintain control of Russia. On one side were the Bolsheviks and the Red Army who were fighting for socialism. On the other side was the White Army, loosely allied forces that had a range of interests including capitalism, monarchism, democratic socialism, and antidemocratic socialism.

With Russia in turmoil during the war, the Allies feared that not only would Russia leave the war, but their war supplies which had been piling up in warehouses in Arkhangelsk and Murmansk would be lost or destroyed. In an attempt to keep Russia in the war, the British Navy created the North Russia Squadron which was under the command of Admiral Kemp. When the Bolsheviks came to power in October 1917, they confirmed the Allied fears by signing the Treat of Brest-Litovsk just five months later.

Allied fears over their stockpiles in Russian warehouses were compounded by the fact that the Germans had landed in Finland. The Allies worried that the Germans could capture Murmansk and Arkhangelsk where their stockpiles remained. There were also fears over the safety of the Czechoslovak Legion. The Bolsheviks had promised members of the Legion safe passage through Siberia to help on the Western front if they stayed neutral in the revolution and left Russia. The deal fell apart when Bolshevik fighting broke out in May 1918. Only half of the Czech troops made it to the Western front before being stopped by the fighting.

In response to the problems in Russia jeopardizing Allied success in the war, French and British governments decided on a military intervention in Russia. The Allies hoped to not only prevent their supplies from falling to the Germans or the Bolsheviks and rescue the Czechoslovak Legion, but also to defeat the Bolsheviks in order to re-open the Eastern Front. They were lofty goals and as such the British needed help. They requested assistance from President Woodrow Wilson who ,despite some opposition, did send troops to the expedition force. Australian Prime Minister William Hughes on the other hand was not so accommodating. When World War I ended, he was not willing to commit any of his forces to serve in Russia.

So how and why did 150 Australians end up serving in Russia after the end of World War I? Read on to find out.

At the time that the British were in need of troops for the North Russian Relief Force (NRRF) men from the Australian Imperial Force were still in Britain waiting for transport home. 150 of these men were convinced to stay behind and were discharged from the Australian Imperial Force. They then re-enlisted in the British Army for one year. This was the only way that they were able to serve since the Prime Minister William Hughes had made it clear that no Australian troops would be involved in the intervention.

The Australian volunteers were put into the 45th Battalion and 201st Machine Gun Battalion under the command of Sadlier-Jackson. Even though they gave up their ties to the Australian Imperial Force, they continued to wear their Australian uniforms and there were two majority Australian companies in the 45th Battalion. The NRRF took all responsibility for the men while they served for a year, but Australia did agree to repatriate all the men after their term of service in Russia.

With World War I over, the concern was no longer about warehouses of supplies or re-opening the Eastern Front. Instead the focus was now giving the Allied forces still in Russia a safe way out of the country, and to try and give the White Army a better position in the fighting so that they might be able to defeat the Bolsheviks on their own. The NRRF was put on the offensive at the rail and river systems of the Dvina. The goal was to push the Red Army back so that the Allies forces could withdraw safely.

In August 1918, Major General Ironside launched an offensive against the 6th Red Army. The offensive which included the NRRF was very successful, defeating the Bolshevik forces and taking numerous prisoners. However, the success many have been because the Bolsheviks were not expecting an attack and had no intention of disrupting the Allied withdrawal. There were several engagements in which the Australian volunteers were involved, including at Troitsa, Obozerskaya, Seltsoe, and Emtsa.

On August 10, 1919, at Seltso one of the largest engagements of the entire Allied intervention occurred which included the Australian companies of the 45th Battalion. Sadlier-Jackson’s brigade ended up fighting a large Bolshevik force through marshy swamps. Both sides were confused and struggled through the battle. Mountain guns were impossible to move through the swamp and Sadlier-Jackson needed an observational balloon for situational awareness. The Allied forces were able to fight their way through with bayonets and re-occupy Seltso. It was at this battle that Australian Corporal Arthur Sullivan won the Victorian Cross for saving several men who were drowning while he was under fire.

Another Victoria Cross was awarded to Sergeant Samuel Pearse who cut through barbed wire while under heavy fire in order to clear a path for others to come through during the assault on Emsta in late August. The victories at Seltso and Emsta were enough to ensure that all of the Allied troops in Russia would be able to safely withdrawal. By October, all Allied troops were out of Russia and the Australian involvement in North Russia ended.