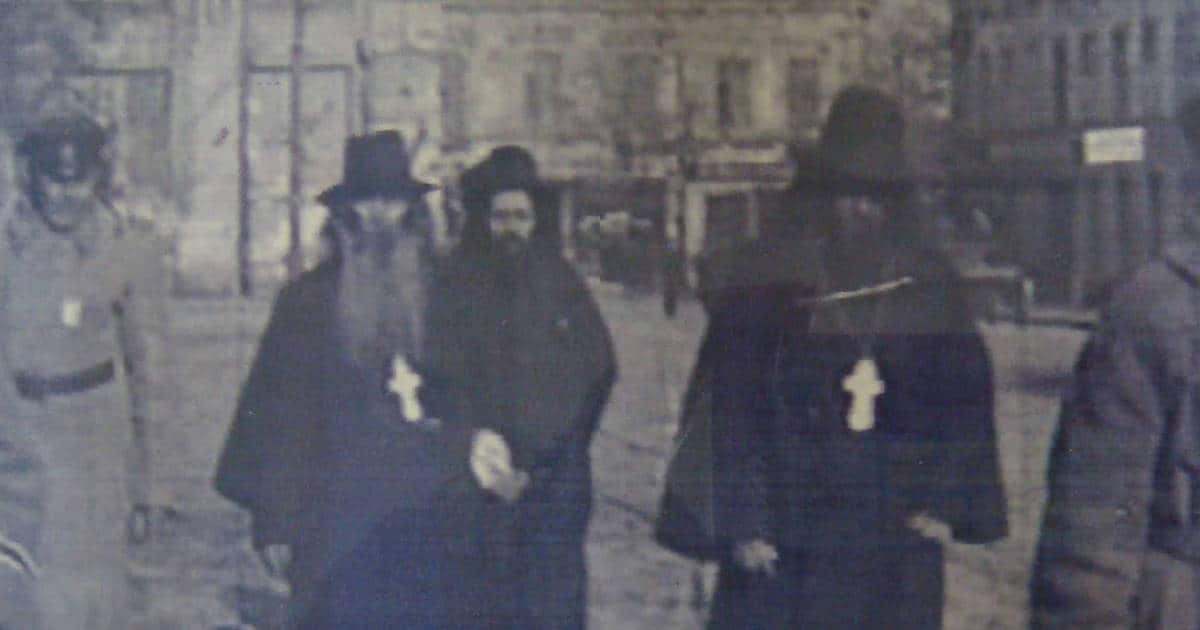 Karl Marx, who is usually described as the founder of modern communism, once called religion the “opiate of the people.” In his mind, religion was a scheme created by the wealthy. Religion told the poor that their reward would come in the next life, instead of in this one, keeping them happy and obedient. So, if the communist utopia Mark imagined was ever going to become reality, organized religion would need to be eliminated. Later communist leaders were clear about the best way to do this: through political terror. And in the 20th century, many of the communist revolutionaries in Europe would take this terror to horrifying levels.

In 1917, Russia was ripe for revolution. For decades, resentment against the rule of the Tsars had been growing. And the staggering losses the country was suffering in the First World War only made the political situation worse. Around 2 million men had already fallen in the fighting, with almost nothing to show for it. By February, a wave of riots forced the Tsar to abdicate the throne. Many hoped this might bring an end to the fighting, but they were soon disappointed by the new provisional government, which declared that the war would continue. 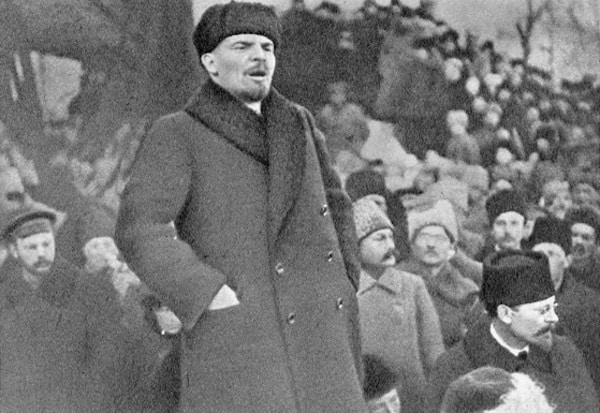 This was a time when technology was creating the deadliest weapons in history. However, the Germans soon discovered that the most dangerous weapon of all was not a machine or a chemical, it was an idea. And on April 16th, Vladimir Lenin stepped onto a railway station platform in the city of Petrograd. He had been returned from years of exile by the Germans, who hoped that the revolutionary would help overthrow the new government. They had shipped him back to the country in a tightly sealed railway car, like a deadly bacterium they were afraid would infect the people of Germany if he was allowed to get loose.

And once in Russia, he had the effect the Germans wanted. The Russian government was in a dangerous balance between the more traditional ruling classes of Russian society and socialist revolutionaries led by Lenin’s Bolshevik party. By October, the Bolsheviks launched an armed uprising that overthrew the provisional government and declared themselves to be the leaders of Russia. A peace treaty with Germany was quickly signed that gave up significant amounts of territory but ended Russia’s involvement in the First World War. However, the violence was far from over. And the Red Terror was about to truly begin.

Lenin believed that the fastest way to create a communist society was through violence and terror. And as the Civil War raged on, the Bolsheviks began targeting their political enemies for death on a huge scale. For the Bolsheviks, the goal was officially to create a new, classless society. That meant that people who were considered wealthy – in rural Russia a distinction that often meant simply owning your own farm- or symbols of the older class system, like priests, were suspect. Bolshevik leaders demanded these people be “re-educated” as good communists. Failing that, they needed to be eliminated.

The Bolsheviks established their own secret police force, the Cheka, to eliminate political opponents. And to the Cheka, your status as a political threat wasn’t about what you had done or thought, it was about who you were. Martin Latsis, chief of the Cheka in Ukraine gave this advice to Cheka leaders: “Do not look in the file of incriminating evidence… Ask him instead to which class he belongs, what is his background, his education, his profession. These are the questions that will determine the fate of the accused.”

Often, the fate that met the accused was simply a bullet in the base of the skull, administered in a dank basement prison with the blood of the previously condemned pooling on the floor. There’s no way to say for certain how many people died at the hands of the Cheka. But modern estimates for the number of people who were murdered during the Civil War usually range between 100-200,000. And of course, the Cheka weren’t the only people carrying out these killings, nor were all the killings ordered from the top Soviet leaders themselves. Instead, the average Soviet soldier understood that the party wanted its enemies murdered, and many were happy to do it.

And many took special delight in attacking the Russian Orthodox Church. The campaign against religion during the Civil war wasn’t entirely about keeping to Marx’s ideology. There was a long-standing hatred among many communist-leaning Russians for the Church. The Orthodox church was a key part in the traditional structure of Russian society. And the Church often supported the anti-communist White movement. The average Soviet soldier considered this reason enough to consider the church their enemy. Then, of course, there was the element of greed.

Churches have always been places where wealth tends to accumulate in the form of gold or silver religious ornaments. This has made them a target for pillaging since the Viking days. So, when Soviet soldiers entered a village that was held by their enemies, one of the first things they did was loot the local church. And confiscation of church property was actually the official Soviet policy from the earliest days of the revolution. Lenin himself was officially tolerant of Christianity. He publically stated that eventually, people would simply abandon the church on their own as communism took hold in the country. But he did have a few plans to help the process along.

The communist party declared that all church property now belonged to the state and ordered the troops to start confiscating it. But the religious people of Russia often surrounded the churches, trying to protect them from looting. In many cases, Soviet troops opened fire into the crowds indiscriminately. In response to the looting and the massacres, the leaders of the Russian church officially excommunicated the Soviet leaders. Lenin, meanwhile, responded by arresting and executing dozens of bishops and church leaders. And soon, the escalating violence would spin into an ever-growing cycle of brutality and bloodshed.

As Soviet troops moved into White-held territory, they often made no distinction between the civilians and the people they were fighting. If a village was controlled by their enemies, then they assumed that the people who lived there supported them. This meant that they could be considered enemies as well. Often, this meant waves of executions. And priests, monks, and nuns were frequent targets. Monasteries and churches were sacked, and those inside were often taken to secluded areas nearby where they were often forced to dig their own graves before being shot.

In one case, a priest who tried to cross himself before his execution had his arm cut off. Other killings were even more brutal. Priests were crucified in a mocking imitation of Jesus. Others were given molten lead to consume as communion. In Voronezh, soldiers got wind that one convent of nuns had been praying for a White victory. They broke down the door to the convent and reportedly boiled the nuns alive in hot tar. In another case, a priest was arrested and dressed in women’s clothing. The soldiers then ordered him to dance. And when he refused, he was murdered.

In Petrograd, a priest was discovered performing a ceremony for people murdered by the Bolsheviks. He and 32 others were driven to a cliff overlooking the sea. There, he was allowed to perform last rites for the victims one-by-one before they were shot and pushed over into the water. In the city of Perm, a priest was arrested by the Cheka for supporting the Whites. They paraded him through the streets before slicing out his eyes. After hours of torture, he was buried alive. Meanwhile, the city’s archbishop performed a rite of anathema on the Bolsheviks for their crimes. A mass-killing of the city’s clergy followed shortly afterward as revenge.

Everywhere, the Bolsheviks were attempting to stamp out centuries of Russian religious culture. Medieval churches and cathedrals were simply dynamited. The bodies of saints were exhumed and declared to be nothing but dusty bones. The persecution against the Church continued past the end of the Civil War. It wasn’t until WWII, when the Soviets realized the power of the Church to help unite the Russian nation, that the persecution was relaxed. Tens of thousands of priests were arrested and murdered in the meantime. But the Church endured through the years of violence. Religion too was a powerful idea, and not even the Soviets could destroy it.

“A History of Soviet Atheism in Theory, and Practice, and the Believer.” Dimitry V. Pospielovsky, St. Martin’s Press. 1988.