How And When Islam Originally Branched Off From Christianity 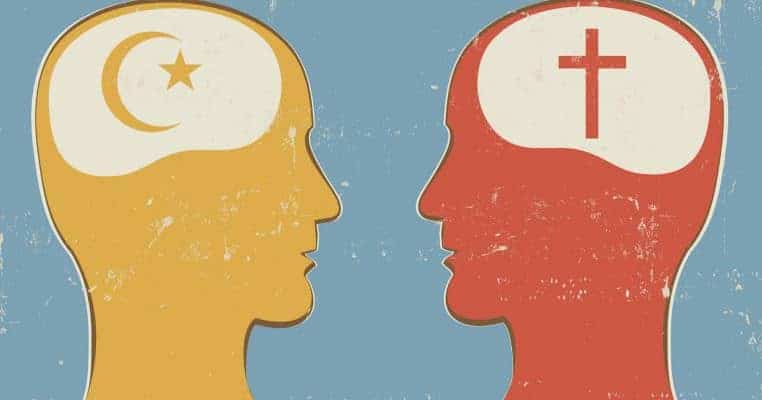 How And When Islam Originally Branched Off From Christianity

The so-called Abrahamic religions, also referred to collectively as Abrahamism, are a group of Semitic-originated religious communities of faith that have their roots in the practices of the ancient Israelites and the worship of the God of Abraham. The Abrahamic religions are monotheistic faiths from West Asia that revolve around and accept the tradition that God revealed himself to Abraham. Abrahamic religion spread globally through Christianity being adopted by the Roman Empire in the 4th century and Islam by the Islamic Empires from the 7th century.

The story of Abraham and his sons is told in the Genesis and the Qur’an but with certain differences, with Muslims emphasizing Ishmael as the older son of Abraham, and Jews emphasizing Isaac as the favorite son. Christians and Jews are commonly referred to by Muslims as “People of the Book”â€”people who follow the same general teachings in accord with the worship of the one God as known by Abraham.

Origin of the Term “Abrahamic” Religions and Its Challengers

Historians suggest that Louis Massignon, a Catholic scholar of Islam and a pioneer of Catholic-Muslim mutual understanding, was the first who used the term “Abrahamic religion” to categorize all these religions that come from the same spiritual source. Furthermore, Paul the Apostle referred to Abraham as the “father of us all,” while there is a Quranic term, millat Ibrahim, which translates to “religion of Ibrahim” and indicates that Islam sees itself as standing in a tradition of religious practice from Abraham.

The suitability and propriety of listing Judaism, Christianity, and Islam by the terms “Abrahamic religions” however, has been criticized and challenged throughout the years. Alan L. Berger, Professor of Judaic Studies at Florida Atlantic University, mentions in his Preface to Trialogue and Terror,

Judaism, Christianity, and Islam after 9/11 wrote that there are “commonalities”, but there are essential differences between the Abrahamic traditions” both “historical and theological. Although Judaism birthed both Christianity and Islam, the three monotheistic faiths went their separate ways. The three faiths understand the role of Abraham in differing ways, and the relationships between Judaism and Christianity and between Judaism and Islam are “uneven”. Also, the three traditions are demographically unbalanced and ideologically diverse.

Furthermore, Aaron W. Hughes published a book in 2012 about the category Abrahamic religions as an example of “abuses of history.” He mentions among others,

It is largely a theological neologism and an artificial and imprecise term. Combining the Jewish, Christian, and Muslim religions into this one category might serve the purpose of encouraging interfaith trialogue, but it is not true to the historical record. Abrahamic religions is an ahistorical category. There are certain family resemblances among these three religions, but the amorphous”term Abrahamic religions prevents an understanding of the complex nature of the interactions among them.

For these and other reasons, Hughes argues that the term should not be used, at least in academic circles.

The Split Between the “Abrahamic” Religions

Christianity and Islam are the two largest religions in the world today and despite the massive theological differences between the two, truth is that they both share not just a spiritual but also a historical and geographical connection, with the two faiths sharing a common place of origin in the Middle East. For Christians and Muslims, Ishmael is considered the “Father of the Arabs” and Isaac the “Father of the Hebrews.” As we already mentioned, Christianity developed out of Judaism in the first century AD. It is grounded in the life, teachings, death, and resurrection of Jesus Christ, and those who follow him are called Christians.

The followers of Jesus believed him as the Messiah and after his crucifixion they came to view him as God incarnate, who was resurrected and will return at the end of time to judge the living and the dead and create an eternal Kingdom of God. After centuries of alternating persecution, Christianity became the state church of the Roman Empire in 380 AD, even though it has been divided into various churches from its early days. An attempt was made by the Byzantine Empire to unify Christendom, but this formally failed with the East-West Schism of 1054.

Regarding the origin of Islam, despite the debate about the credibility of its early sources, most historians agree that Islam originated in Mecca and Medina at the start of the seventh century, nearly six centuries years after the founding of Christianity. Muslims, however, insist that their religion did not launch with Muhammad, but that it was the original faith of others whom they regard as Prophets, such as Jesus, David, Moses, Abraham, Noah and Adam. Regardless, Islam (which means surrender or submission to God) was founded on the teachings of the Prophet Muhammad as an expression of surrender to the will of Allah.

Similarities and Differences Between Christianity and Islam

The scriptures of these religions mention many of the same figures, historical moments, and places, although they often present them from different perspectives, offering alternative meanings of them. In each of these religions there is the strong belief that God, though he is called by different names, is the ONE who creates, rules, reveals, loves, judges, punishes, and forgives. Every believer seeks salvation or transcendence not through meditation, contemplating the natural world, or via philosophical speculation, but by seeking to please God and by surrendering to the truth of divine revelation as beyond the self, nature, and secular customs.

The Christian views on Islam are diverse and range from considering it a related religion whose adherents worship the same God, to it being heretical or an unrelated cult. Christianity and Islam both consider Jesus to have been sent by God. Christianity, however, veers from Jewish and Muslim monotheism in that though it does not profess to believe in three gods, it does believe in three hypostases, united in one substance (the doctrine of the Trinity), a belief that is fundamental to the faith of the vast majority of Christians in their various denominations.

In Islam the Holy Spirit is generally believed to be the angel Gabriel, and the reference to the Paraclete is a prophecy of the coming of Muhammad. Furthermore, Islam suggests that Christianity is variously polytheistic or idolatrous, as the concept of the Trinity is not relatable to tawhid, the Islamic doctrine of the unity of God. Tawhid, which means “oneness” or “union,” has a strictly unitary conception of Allah.

As is easily understood, the sacred books of Christianity and Islam could not be more different. Christianity has the Bible and Islam has the Qur’an. Interestingly, both scriptures offer an account of the life and works of Jesus. According to Islamic theology Jesus is an undivided part of their belief and Muslims view the Christian Gospels as altered, unlike the Christians who consider the gospels to be authoritative. The Bible consists of the Old and New Testaments. The Old Testament dates to centuries before the time of Jesus and narrates the history of the relationship between the Jewish people and God. The New Testament dates from not too long after the time of Christ.

The teachings of the Qur’an are presented as the direct revelation and words of Allah as recited by the angel Gabriel. Muslims believe that Allah sent the Qur’an to bring peace and harmony to humanity through Islam. Muhammad’s worldwide mission was to establish universal peace under the Khilafat. The Khilafat ensured the security of the lives and property of non-Muslims under the dhimmi system. This status was originally only made available to non-Muslims who were “People of the Book,” but was later extended to include Zoroastrians, Sikhs, Hindus, Mandeans, and Buddhists.

The Qur’an refers extensively to both the Jewish and Christian scriptures. In some sections it summarizes them, in others it differs from them. Muslims believe that Jesus was given the Greek Evangel, or Gospel, from the Abrahamic God and that parts of these teachings were eventually lost or distorted to finally produce what is the New Testament. As a result, only some elements of the original gospel of Jesus are contained in the four canonical gospels. Abraham, Moses, Noah, Isaac, the Hebrew prophets, and Jesus are all considered prophets of Islam, but according to Muslim tradition their message and the texts of the Torah and the gospels were corrupted by Jews and Christians.

Islam teaches that every prophet, both Jewish and Christian, who preached “Islam,” or surrender to the will of God, provided a historical backstory to the religion. However, the Seal of the prophets is considered to be Muhammad, a real person who was born in Mecca and lived from 570 to 632 AD. In 610, Muhammad claimed to receive a revelation from the archangel Gabriel to be a prophet to the Arabic peoples, promoting monotheism and belief in Allah. The Qur’an explicitly promises salvation for all those righteous Christians who were there before the arrival of Muhammad,

Lo! Those who believe (in that which is revealed unto thee, Muhammad), and those who are Jews, and Christians, and Sabaeans – whoever believeth in Allah and the Last Day and doeth right – surely their reward is with their Lord, and there shall no fear come upon them neither shall they grieve â€”â€‰Qur’an, Sura 2 (Al-Baqara), ayat 62

History and Future of the Two Religions

Throughout the nearly fifteen centuries of Muslim-Christian encounter, individual adherents of both traditions often have lived peaceably with each other. At the same time, Muslim expansion into Christian territories and Christian imperialism in Muslims lands have fostered fear and ill-will on both sides. Western and Islamic histories offer differing accounts of both periods of tolerance and violence. With the awareness of shared responsibility, Christians and Muslims have an obligation to fully respect the religious beliefs of each other and overcome their rivalry. They ought to seek solidarity between them and contribute to solving the world’s common problems for the sake of humankind.

Christianity’s status as monotheistic is affirmed in, among other sources, the Catholic Encyclopedia (article “Monotheism”).