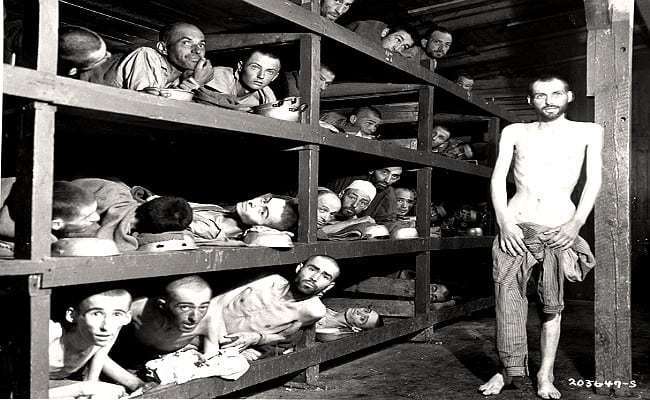 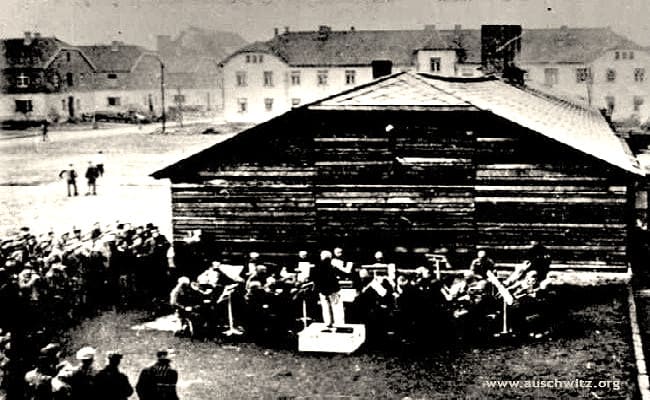 The sadistic nature of the Nazi’s reign knows no bounds, but they even managed to turn something beautiful – music – into its own version of torture. When inmates would arrive at the concentration camps, an orchestra made up of fellow prisoners would be forced to play happy, upbeat music, leading the newcomers through the doors. Following this was the singing and marching, which the inmates were forced to endure as they walked onward towards their certain death.

The music never actually stopped, continuing on even while the Jewish innocents were being gassed. The screaming could never fully be drowned out by the music, though, as survivors have recounted since the war. Many recall never being able to forget those moments of sheer human desolation.

5. Soap That Would Make Anyone Feel Permanently Unclean 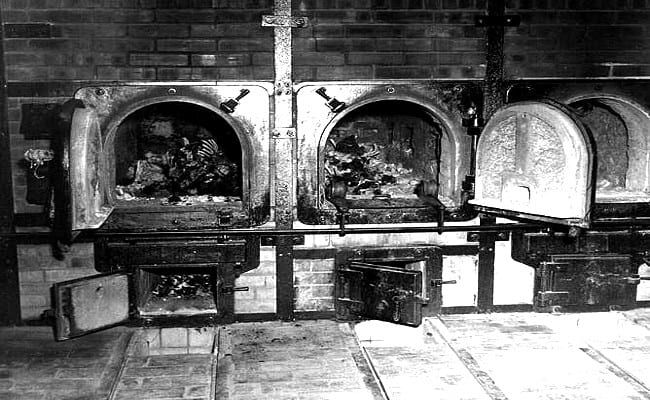 Nazi officers made it a rule to consistently tell the inmates that their soap was made from the fat of previous Holocaust prisoners. There is still no conclusive evidence supporting these claims; but, myth or not, the horror of making the existing prisoners believe this to be true was a torture in and of itself. Allegations of such behavior just goes to show the horrific lengths the Nazis would go to in order to incite fear and misery in their camps.

Not everyone taken to concentration camps were immediately sent to the gas chambers. Some were herded into separate rooms and forced to simply stand up without food or water for days until they perished. Both used as a method of torture, as well as a cruel way to send a message, Auschwitz’s “Block 13” was known for being an area of certain death. If an inmate would survive too long for the Nazis’ liking under these conditions, they would be executed in various other ways to keep the cell open for the next prisoner.

Worse were the “dark cells,” containment rooms that allowed no light to pass through at all. Even more sadistically, they were so tightly sealed that no oxygen would pass through either, leaving the inmate to survive on the little oxygen in the room until it ran out and they suffocated.

3. Adequate Food Was a Rarity 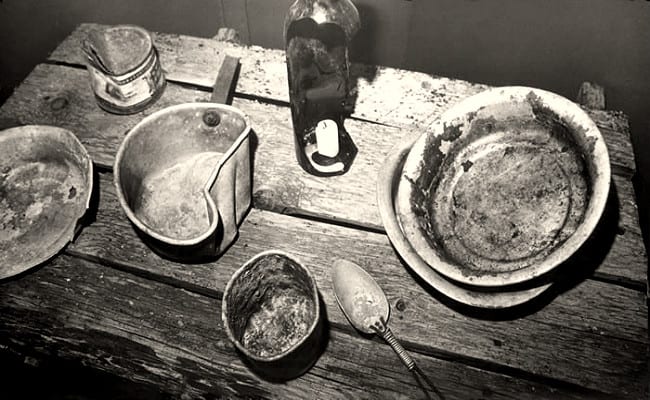 Rationing of food among prisoners was common, and the little amount they were given was hardly enough to be fulfilling. Many would receive only small portions of bread made from sawdust, sausage containing meat from sickly horses, and tea made from collected weeds. This level of malnutrition led to many prisoners stealing food from the deceased while others in more extreme cases of hunger would simply resort to any rotting meals they could find in the garbage.

Fresh water was something akin to a luxury for the Jewish inmates, if they were ever able to find any. The Nazis, known for performing experiments on the inmates of various camps, decided to study select prisoners for testing the damage of giving them nothing to drink besides seawater.

In one example, Dr. Hans Eppinger, a Nazi physician, forced up to 90 Gypsy prisoners to follow through with this experiment, simply to see what would happen. Of course, severe dehydration was the result, leading many poor inmates to reportedly lick the floors after they’d been mopped, hoping to catch just a few drops of “fresh” water to survive on.

1. The Most Horrifying of Tortures? The Experimentation.

Since a lot of the documentation of Nazi experiments has gone undiscovered due to them being destroyed near the end of the Nazi reign, the vast scope of their treachery may never be fully known.

But what we already do know is bad enough. Human experimentation was actually encouraged during this period of time. In some instances, inmates would be submerged in ice water simply so they would undergo hypothermia and the physicians could record the results. Others were injected with chemicals and poisons to determine their effect for future use. Even more were sterilized, countless others vivisected, and the majority were operated on without anesthesia.

As terrible as these experiments sound, the cruelty mentioned here is only a fraction of the various torments exacted upon these innocent lives.