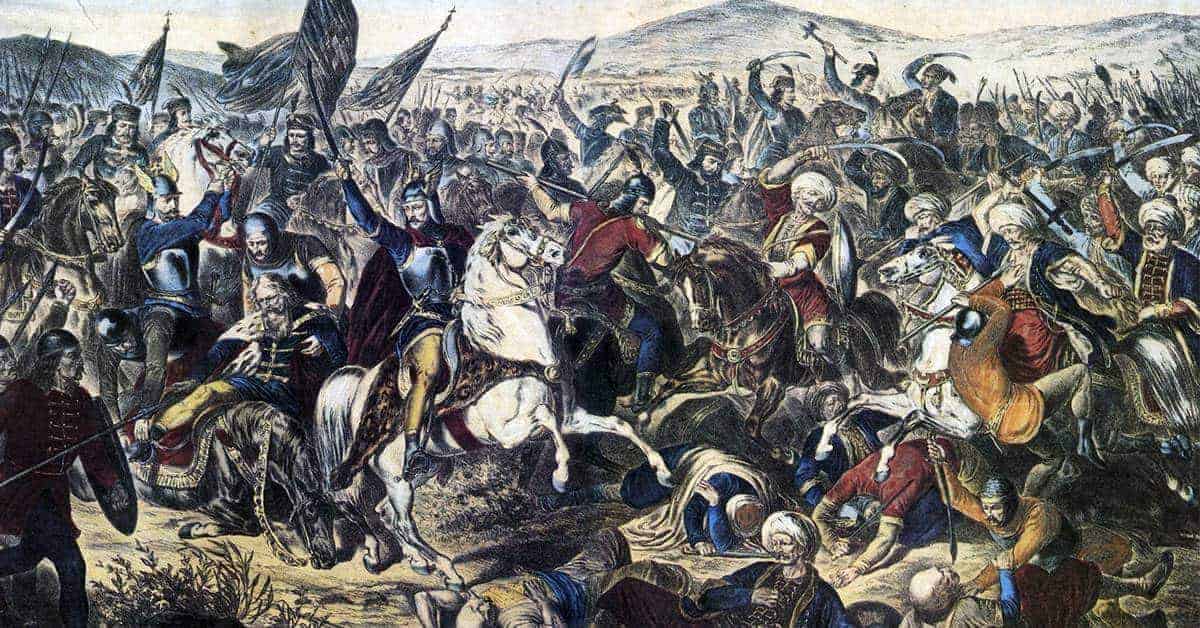 Vienna, as Constantinople was one jewel to be collected for the Ottoman Empire, so was the great city at the eastern tip of the Alps along the mighty Danube. As Malta was a gateway to the Western Mediterranean, Vienna was the gateway to Western Europe.The Ottomans had tried to take the city twice before. Once in 1529 and again in 1532. Sitting about 1,000 miles of marching from Istanbul, Vienna proved to be quite a logistical stretch for the Ottomans.

The first siege was marred by heavy rains both during the march and the siege. Counterassaults by the European garrison cost many lives on both sides, but disease and dissension finally got the better of Suleiman the Magnificent. A siege a few years later was sidetracked in the siege of Guns, an 800-man garrison caused enough losses and headaches that Suleiman had to turn back again.

By 1683, after over 100 years of nearly constant warfare, the Ottomans were ready to take Vienna. Almost 200,000 men went marching to conquer Vienna, defended by about 15,000 men, including volunteers. A hallmark of Ottoman victories was the lack of a relief army by other Christian states. Constantinople received very little military aid, Famagusta was left on its own, and Malta withstood months of assaults that many knew was coming months in advance.

This time, a Christian coalition was prepared that gathered about 90,000 men, including many thousands of Polish heavy cavalry. After much bickering of payment, placated by loans and huge gifts of gold from the Pope, the relief army marched to the beleaguered defender’s aid. The Ottomans missed their opportunity to attack as the Christians crossed the Danube but decided on a predawn strike to hit before lines were formed.

The relief force anticipated this and countered the attack, starting the battle quite early in the day. With lines miles long, that battle ebbed and flowed all morning, with the Ottoman commander still deciding to assault Vienna. He may have sought to push back an attack from both sides before the defenders could get out of their walls, but by splitting their forces, the Ottomans lost many small villages to the advancing Christians.

The large German core of the relief army had great success against the Ottomans all day in the center and right. The Poles got to a village where they gathered about 18,000 horses for one of the largest cavalry charges in all history. The Ottomans had no hope against such a charge, especially after fighting a losing battle all day. The Ottomans broke and the Christians rode all the way into Ottoman camps.

Over 40,000 Ottomans were killed or captured during the siege and battle, and a plethora of loot, from riches to an abundance of pack animals such as camels, was taken by the victors. The immediate pursuit led to a few Christian victories, but dysentery ran through the ranks and halted the rest of the pursuit.

Over the next decades, the Ottomans, who had almost constantly been expanding their reach, were now losing territory as European armies reclaimed vast swaths of Hungary and other European possessions. The Ottomans would never again seriously threaten Europe and began simply managing the territory that they could still hold on to. They would hang around until WWI where unfortunate genocides and siding with the wrong warring powers led to rebellion and occupation ending in the abolishment of the Sultanate and empire in 1922.