How a Hollywood Starlet Helped Invent GPS, Bluetooth & Other Technologies 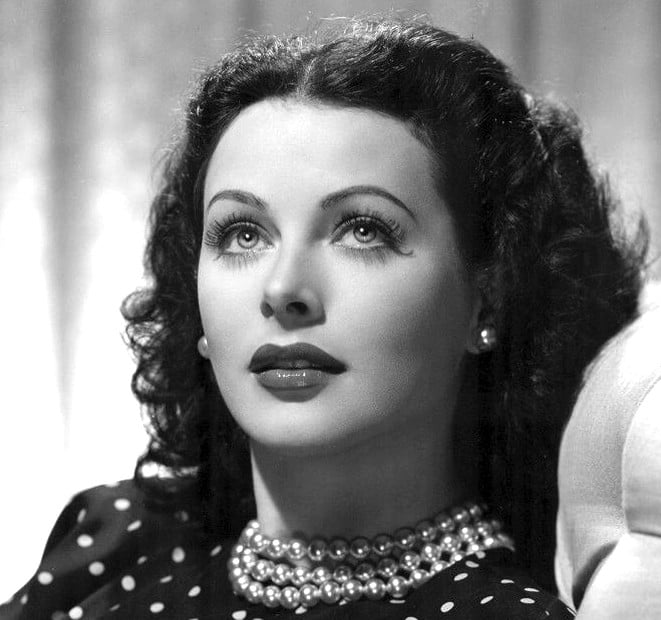 How a Hollywood Starlet Helped Invent GPS, Bluetooth & Other Technologies

Hedy Lamarr was one of the most popular Hollywood starlets of her time. Yet while she gained her fame largely due to her stunning beauty and successful acting career, Lamarr was also a skilled inventor whose contributions helped pave the way for many of the technologies we use today. This includes GPS, Bluetooth, wifi, and even cellular service.

Could you imagine life without Bluetooth, GPS, or wifi? Without GPS phones wouldn’t be able to provide directions, things like air travel would be more dangerous, and numerous other location and navigation technologies simply wouldn’t exist. What about life without wifi and your smartphone? Given how dependent many of us are on these technologies, our lives would look very different without them.

So how did a Hollywood starlet contribute to the development of all of these technologies? First, let’s dig into Lamarr’s work itself, and then we’ll provide more background on Lamarr herself.

Driven By War To Invent

Lamarr’s key contribution was to the field of spread-spectrum radio. More or less, she created a way for radio frequencies to change rapidly over time. Only the broadcaster and the device being broadcast to would know the changing frequencies. This made it much harder for signals to be intercepted and hacked.

Lamarr wasn’t driven just by her insatiable curiosity to create this technology, she wanted to make it harder for the Axis Powers in World War II to hack torpedoes. Part of this was likely due to her Jewish descent (more on that later). Part of her drive also seemed to be her desire to help her adopted country, the United States.

With World War II raging, everyone was asked to contribute. For Lamarr, helping make torpedoes unhackable was a natural choice. She was familiar with these weapons as her first husband had been an Austrian arms dealer. She also knew that torpedoes could use radio signals for guidance, and but that they were easy to hack.

Working with composer George Antheil, Lamarr conceptualized a way to prevent the hacking of radio signals by creating a new frequency-hopping, spread-spectrum technology. The radio frequency constantly changed between 88 different frequencies, making it much harder for enemies to hack the radio signals and thus the torpedoes.

Interestingly, the initial research was outlined at a quiet dinner night. Lamarr was known for skipping Hollywood’s infamous party scene, and rarely drank. Instead, she preferred to have quiet dinner parties and to engage in intellectual conversations. At one of these parties, Lamarr and Antheil created a way for radio frequencies to hop based upon a piano roll to switch frequencies in short bursts.

On 11 August 1942 Lamarr and Antheil were granted a patent for their technology. They had hoped that the technology would aid in the war effort, but the military found the tech too difficult to implement at the time. Lamarr and Antheil gave the patent to the Navy, which promptly shelved it.

Research into radio technologies continued, however, and in the 1950’s private companies were working on a new technology, Code Division Multiple Access (CDMA). Researchers found Lamarr’s patent, and it quickly became popular to cite, and helped advance the technology.

During her lifetime, however, Lamarr (as well as Antheil) received little attention for her work. Lamarr has since been honored by Google, which even celebrated her birthday (she passed away in 2000). Lamarr and Antheil’s work was also inducted into the National Inventors Hall of Fame in 2014.

While Lamarr’s work wasn’t really appreciated during World War II, by the 1960’s more people and specifically researchers were paying attention. With the Cold War in full swing and the Vietnam theater heating up, the United States needed to create un-jammable torpedoes and other radio controlled devices. Both government researchers and private firms were aggressively pursuing frequency-hopping, spread-spectrum technology and other related technologies.

Wifi also relies on spread spectrum technology. Wifi has to transfer tremendous amounts of data and information. As such, signal strength and reliability are both essential. Without a steady and strong signal wireless Internet would be very limited. This, in turn, would limit the use of smartphones and other wireless Internet devices.

Hedy Lamarr didn’t invent all of these technologies, of course. However, her ideas were essential and did provide a foundation for future research. Lamarr also wasn’t the first person to come across spread spectrum or frequency hopping either. Regardless, her research and insights did pave the way for future breakthroughs.

So Who Was Hedy Lamarr?

Hedy Lamar was an Austrian born American actress. In her day, she was quite famous for starring in numerous popular movies, including Algiers, Comrade X, I Take This Woman, and Samson and Delilah. She was born “Hedwig Eva Maria Kiesler” to a Jewish family living in Vienna, and was an only child. Her father was a successful banker, while her mother focused on creative arts, which included playing the piano. Hedy herself later converted to Catholicism but her Jewish heritage would become important during the Second World War.

In the late 1920’s Hedy was discovered by Max Reinhardt, a successful Austrian director and producer. Reinhardt convinced Hedy to move to Berlin and oversaw her training as an actress. In 1933 she got her big break, landing a role Gustav MachatÃ½’s film, Ecstasy. This film was quite controversial for its day, featuring nude shots of Hedy, as well as a close up of her face during a simulated orgasm. This was the first ever simulated orgasm portrayed by a female on camera.

Also, in 1933 Hedy married a Austrian businessman by the name of Friedrich Mandl who was believed to be the third richest man in Austria. Mandl made much of his money off of weapons manufacturing and arms trading. He was also significantly older than Hedy, and prone to jealousy. Hedy’s role in Ecstasy didn’t sit well with him, and he began to mistreat Hedy, practically holding her prisoner.

Unable to bear the marriage, Hedy fled to Paris. According to her autobiography, which was actually ghost written, Lamarr hid from her husband in a brothel. Her husband turned up and allegedly Lamarr hid in an abandoned room. A man then entered and Lamarr ended up having sex with him in order to protect her identity. Afterwards, she dressed up as a maid and fled. However, it’s likely that this story was fictionalized. Others claim that she actually dressed up for a dinner with all of her expensive jewelry before absconding in a much less dramatic fashion.

Either way, while in Paris, Heidi was discovered by Louis B. Mayer, who was in Europe scouting for talent. Eventually, Mayer arranged for Lamarr to move to Hollywood, where she would become a famous starlet.

In Hollywood, Hedy was cast to play in Algiers, a film destined to become a critical success and movie classic. Then a relatively unknown Austrian actress, Hedy wowed American audiences. Audience members report people being drawn into a gasp when she appeared on screen.

Hedy’s career was taking off just as World War II was breaking out. As already mentioned, part of her drive to invent frequency-hopping spread spectrum technology was to contribute to the war effort. Hedy also used her starlet power to sell war bonds in the United States. These bonds were essential for funding the war effort, and Lamarr was among the best at selling them.

Hedy worked with a sailor named Eddie Rhodes, who would sit in the audience during bond rallies. Lamarr would call Rhodes up to the stage, and would offer to kiss him if enough bonds were sold. Once the bonds were sold, Lamarr would give Rhodes a kiss and they would move on to the next bond rally.

Ironically, Lamarr was actually still a citizen of Austria. Her family was still in the country too, then under Nazi control. Lamarr was able to use fame to help secure her mother’s safe passage from Austria. As a person of Jewish descent, Lamarr’s mother was at risk of being persecuted.

Meanwhile, Lamarr continued to star in Hollywood films, appearing in 18 films from 1940 to 1950. She quickly carved out a role as an exotic seductress. Her beauty became legend, and she was frequently cast opposite many of Hollywood’s most famous male actors. Yet her stunning beauty also led to stereotypical roles that emphasized her sexuality and “exotic” origins. As a result, Hedy often received roles with few lines.

Due to this, Hedy actually grew bored with many of her roles. This boredom encouraged Hedy to turn to inventing, a field where she obviously has had some considerable success. By the 1950’s Lamarr’s acting career was in decline, and she only showed up in films sporadically. And in 1953 she became a naturalized citizen in the United States.