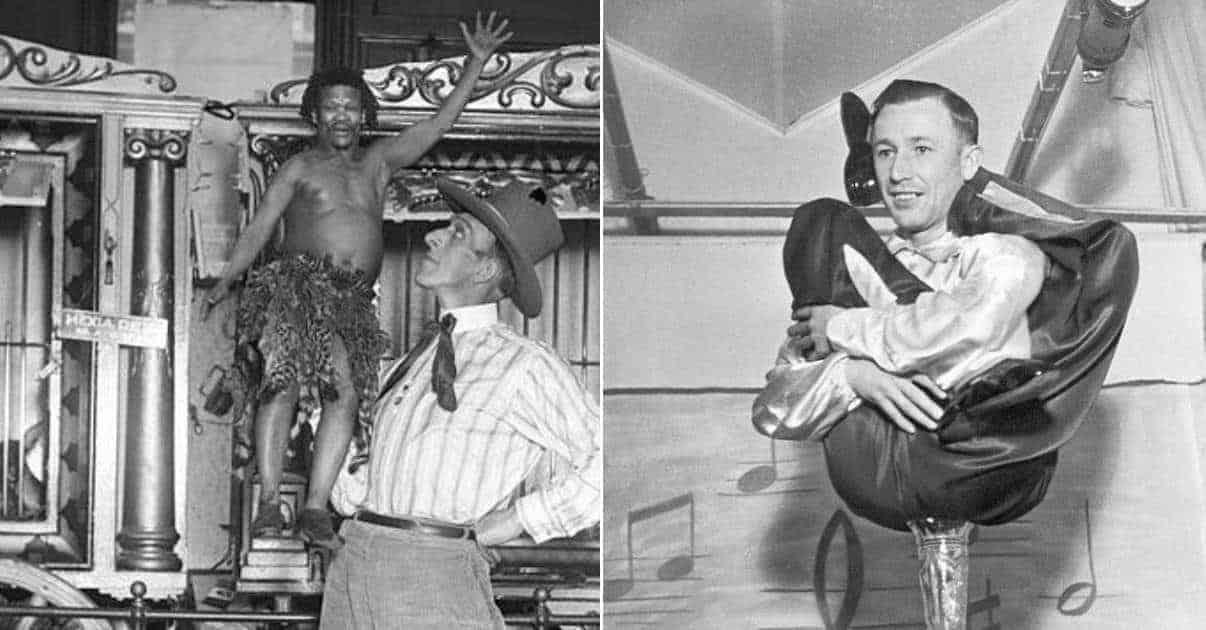 The Ringling Bros. and Barnum & Bailey Circus billed as “The Greatest Show on Earth” began in 1871.

Hachaliah Bailey is believed to have established the first circus in the United States after purchasing an elephant named Old Bet around 1806. Bailey and Old Bet formed the Bailey Circus, which included a trained dog, pigs, a horse, and for wagons.

P.T Barnum originally sold tickets for Bailey and wound up running Barnum’s American Museum in New York City form 1841-1865, which displayed both the educational and unusual. One of Barnum’s most famous attractions was General Tom Thumb, a 25-inch tall dwarf, who grew to be so famous that Abraham Lincoln personally congratulated Thumb on his wedding. He also had the Fiji Mermaid, which was really just the torso of a monkey sewed to the back half of a fish, a bearded lady named Josephine Boisdenchen, and others. After a fire burned down Barnum’s museum, he found himself persuaded to join the circus business and merged his circus with Barnum’s in the 1860s.

In 1884, five of the seven Ringling brothers started a small circus in Baraboo, Wisconsin. The Ringlings were eventually able to purchase the Barnum & Bailey Greatest Show on Earth in 1907 and became Ringling Bros. and Barnum & Bailey Combined Shows

The circus was wildly successful until on July 6, 1944, a fire broke out during a show in Hartford Connecticut. It was one of the worst fire disasters in the history of the United States. At least 167 people were killed in the fire. Circus management was found to be negligent because they did not take the requisite steps to fireproof the tent and several executives were sentenced to jail.

After 1956, the circus no longer performed under their own ‘big top’ tents but rather used permanent venues such as stadiums and arenas.