Henry VIII's "Ugly" Wife Ended Up Having The Last Laugh 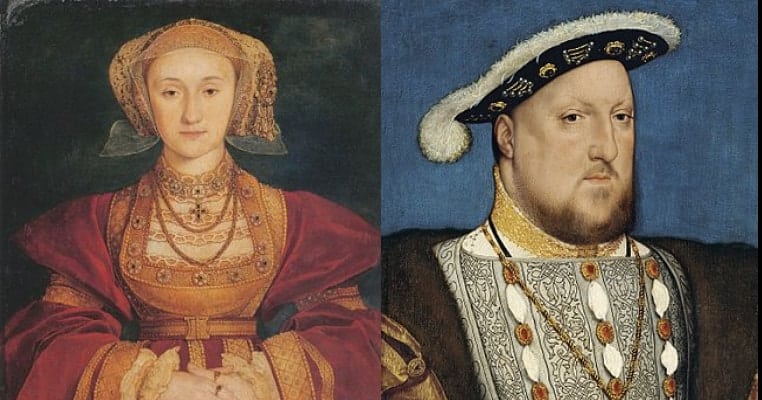 Henry VIII’s “Ugly” Wife Ended Up Having The Last Laugh

As one of history’s most infamous kings, Henry VIII of England is most well known for one thing: his seemingly endless parade of wives. The fourth unfortunate soul in this line of women was a 25 year old woman named Anne of Cleves. She is often the most forgotten of Henry’s wives because their “marriage” was so short, and therefore she has almost been erased from history. Yet if you take a look at this young woman’s story, you may find that she could arguably be the only of Henry’s spouses that was better off after their union.

Young Anne ended up as Henry’s wife due to pure happenstance and much manipulation at the hands of men appointed by the king. Imagine being chosen based off of a now infamous portrait, transported to a foreign land, and forced to marry a man twice your age who you know has already had 3 wives.Does not sounds like the ideal love story, and though Anne ended up getting dumped, she walked away with not only her head intact, but with many other things as well.

Before Anne becomes queen of England by marrying Henry, she has a three year long journey to get to that point. Her journey begins following the death of Henry’s third wife, Lady Jane Seymour. Soon after her untimely death, Henry was being pressured to marry again. Though his last wife had given him the son that he so craved, England’s political alliances still remained unstable. In theory, by taking another wife, Henry would be able gain a foothold in Europe, and therefore be able to bring some sort of stability to his kingdom.

The reason that England has become so politically unstable goes back to Henry’s very first marriage to Catherine of Aragon. When she failed to give Henry an heir and he was seduced by Anne Boleyn, their marriage imploded. By deciding to dissolve his marriage to Catherine, Henry essentially turned his back on the Catholic Church which was truly the ruling force in Europe. Following that decision to divorce Catherine and then marry Anne, international relations began to disintegrate. They deteriorated even further when Henry then beheaded his new wife Anne, and proceeds to marry Lady Jane.

As Henry appeared to run through wives rather easily and was perceived as a bit of a hot head, his growing reputation among the ladies of Europe was not a good one. At this time Henry’s advisers were in search of a new wife for him, so they aimed to give him as many options as possible. By default this means that Anne was not the only person who Henry and his advisers were looking at. Like many men, Henry was attracted to beautiful women and that seemed to drive his initial choices.

One of the women that Henry tried to court before he chose his bride was Christina of Milan. She was considered as a candidate for Henry because she was a favorite of her uncle Charles V, who was the Holy Roman Emperor at the time. As the Holy Roman Emperor, Charles had a lot of political pull in Europe . There were also many reasons why Christina was not ideal, starting with the fact she was very recently widowed, they had already tried to engage her to Henry’s illegitimate son, she fell in love with someone else, and she was only 16 years old. She declined Henry’s proposal, due largely to his reputation.

The last woman who was on Henry’s list of potential wives was Marie de Guise. She would have been an ideal candidate for Henry politically speaking due to her French roots and her proven ability to bear sons with her previous husband. She was tall and attractive as well and Henry also aimed to prevent the recently widowed Marie from marrying James V of Scotland. Marie also declined Henry’s marriage offer, famously saying, ” I may be a big woman, but I have very little neck” reportedly in reference to Anne Boleyn, his queen that he previously beheaded.

During this time, England was in a rather precarious position when it came to its relations with the rest of Europe. As Henry decided to create his own religion in order to get what he wanted, that did not rest well with the devoutly Catholic Europeans. In the eyes of Henry’s advisers the best thing to remedy this situation is to marry Henry off again in order to provide some stability. However this became more of a challenge because they now had to consider even more closely the aspect of religion in this future union.

Despite the fact that his marriage proposals had been declined and the fact he had a habit of disposing of his wives, Henry was still technically one of the most eligible bachelors in Europe. When Henry’s first two choices fell through, his right hand man Thomas Cromwell kicked his bridal search into overdrive. This process in reality was a very tricky one, and Cromwell needed to choose the next queen carefully and strategically. He believed that England needed to align itself with a protestant nation and decided to use this marriage in order to do so. 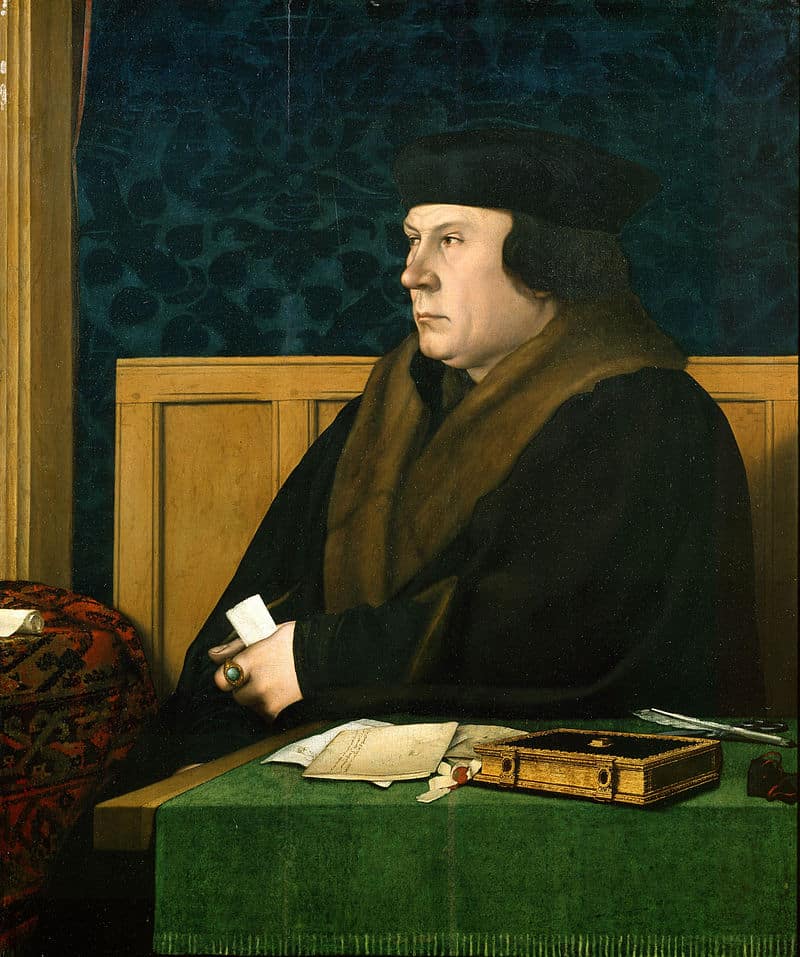 Henry on the other hand disagreed. His previous three marriages had all been for “love” but ironically enough were all technically Catholic- minus that little bit about divorce. This was another reason why Henry initially chose to pursue Christina of Milan and Marie de Guise. As both women quickly dismissed his proposals, Cromwell now had the ability to convince Henry to consider marriage to his choice for queen, one of the daughters of the Duke of Cleves, Anne or her sister Amalia.

Obviously during the 16th century they didn’t have social media or photography, so how did people see each other if they were miles a part? During this time people depended largely on the work of painters to produce portraits of people, especially those in the upper echelon of society. As Henry was unable to travel and meet all of his potential brides, he sent his court painter Hans Holbein along with his ambassadors to visit these women. In the case of the Cleves sisters, both had portraits made of them that were sent back to the king for his examination. Henry ended up choosing Anne based on this now somewhat infamous portrait, and negotiations then followed fairly quickly.

Once a deal was reached, Anne began the long journey from what is now modern day Germany to England. Anne did not appear to have much say in the negotiations as women often didn’t in these days. Nevertheless, she was shipped off to marry a man twice her age that liked to kill off his wives. As hindsight is always 20/20, it is now clear as day that this proposed marriage was probably a bad idea. This was confirmed upon Anne’s arrival and her awful first time meeting with the king. This meeting actually goes down arguably as one of the one of the worst first time meetings in royal wedding history.

Prior to their first meeting, Henry is supposedly excited to meet his new bride. That excitement quickly turned to dread as he first laid eyes on Anne of Cleves. He apparently found her physical appearance appalling and unattractive, and is even rumored to have said she looked like a “flander’s mare.” Never mind that she had been traveling for weeks on horses and ships and doomed to marry a man she didn’t want. The fact that she did not look spectacular immediately stepping off the boat was a huge problem for Henry, who actually initially refused to marry her. He did eventually go through with the union to avoid further scandal, but best believe there was going to be serious hell to pay.

It obviously had come to light that Cromwell gone to some extensive lengths to ensure that Henry chose either Anne or her sister. It is widely suspected that he went so far as to instruct Hans Holbein to manipulate the portrait he made of Anne in order to make her appear more attractive. Think of it as the world’s first picture Instagram or Snapchat filter. Apparently he managed to conceal the fact that Anne was tall and big boned, had a rather large nose, and that her face was scarred from small pox.

As you can imagine Henry was most upset with Cromwell as he felt he had been seriously duped. It was from this point forward that the relationship between these two began to decline until it came to an eventual end. Unfortunately Henry still had to marry her, which he begrudgingly did. As was custom, the couple was expected to immediately consummate the marriage, which reportedly went terribly. Henry found Anne’s body so displeasing that he could not perform his husbandly duties, leaving the marriage essentially unofficial. He went so far as to question Anne’s virginal status due to the fact that she “failed” to arouse him.

Though Henry treated her poorly, Anne never really had a bad word to say about her husband. Despite being a perfect wife in the sense that she was loyal and obedient to Henry, he couldn’t have sex with her so therefore she was useless. Henry then met and fell in love with Catherine Howard and began plotting ways to get rid of Anne. Within six months of their union Henry had fabricated some grounds in order to annul his marriage to Anne, in favor of marrying young Catherine.

Unlike Catherine of Aragon before her, Anne submitted willingly to Henry’s demands and for an annulment of their union. She did this for various reasons I’m sure, but the main motivator was probably that she did not want to die. Keeping in mind Henry’s reputation and the laws at the time, you might have wanted to surrender too. She declared herself his ‘ humble servant’ and absolved him of any wrong doing in their marriage. The fact that she handled both her annulment and marriage in such a fashion probably not only saved her life, but ended up resulting in a life she wanted.

Because of her compliance, Anne was offered many different things that made her life after her marriage extremely comfortable. She was awarded multiple residences for life, and Henry bestowed upon her a substantial annual income as well. He even allowed her to keep some of the royal jewels. In addition to the monetary things, Anne was also awarded title of ‘ the king’s sister’, which essentially made her the most important person in the country after the king and his immediate family. Henry even went so far as to invite her to celebrations at the palace as she had a great relationship with his new wife and his children.

Even after Henry beheads his fifth wife and remarries for the final time, Anne still remained close to the family. In fact, she ended up outliving all of Henry’s wives and even the king himself. Upon her death at the age of 41, she was still loved by Henry’s children and left behind a legacy as both a humble and gentle mistress. So though she goes down in history often as the “ugliest” of Henry’s wives, she in fact lived the most lavish and longest life of them all, and definitely had the last laugh.