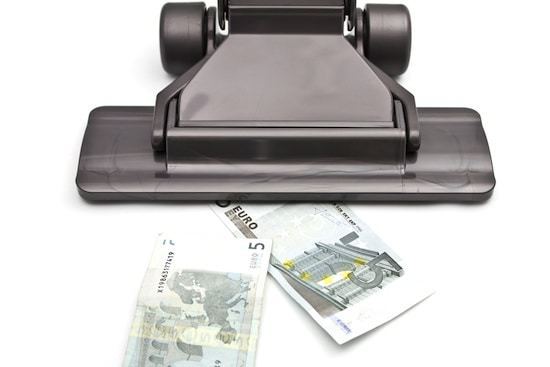 In Paris in 2010, police were on the hunt for at least two men who were believed to be responsible for stealing thousands using nothing more than a drill and a vacuum in 2006. The robbery took place at a French grocery store called Monoprix. The Monoprix grocery stores had a very unique way of dealing with their money. The cashiers would put the money into a pneumatic tube system which would then deliver the money to a heavily armed and protected safe room. The safe room was all but impenetrable to thieves and had done very well in protecting the store’s money.

That changed when a group of thieves realized that there was a very specific weakness to this system and it make robbing the stores easier than ever. The two men would enter the store after hours wearing ski masks. They would locate the safe and then find the tubes leading into the safe. To get the money was simple: drill a hole into the tube system and then attach a strong vacuum to the hole. The vacuum would then suck the money directly out of the safe. This bypassed all security that was set up to protect the money in the safe. The men would then leave the store carrying their loot.

The men were able to get into the store after hours and perform the robbery and then leave with no one discovering the theft or the damage to the alarm system until the next day. With no leads and no information on who the robbers were, police were left with no way to track down the thieves. The Monoprix refrained from comment on the thefts and people moved on. But that was far from the end of the story, but 2010 the police were once again on the hunt for the so-called “vacuum gang” and the ingenious thieves were making news around the world once again.

What happened in 2010 was exactly the same as what happened in 2006. The vacuum gang were so successful in their first robbery in 2006 that they did it again…and again…and again. In fact, the gang hit 15 different Monoprix stores from 2006 to 2010. They hit several different arrondissements in Paris as well as stores in neighboring areas. Each time the thieves followed the exact same method. They would damage the alarm and enter the store wearing ski masks, then they would use their drill and their vacuum to take money right from the safe.

Over the years, the thieves were responsible for over $800,000 in thefts from the grocery store chain and despite the case being opened once again, the police had no leads. Over the years there were a few close calls for the thieves. At one robbery, an employee of the store returned after hours while the robbery was in progress. The thieves were armed however, and threatened the employee with it so that they could escape.

The most recent 2010 robbery the thieves were caught on tape and the entire process was really understood for the first time. The problem for police was that the thieves never took off their ski masks so there was no real hope of identifying them through the surveillance footage. The grocery store chain continues to stay silent on the robberies and they have not mentioned any precautions that they have taken in order to prevent the thefts from reoccurring.

Today the vacuum gang remains at large and they have not committed any thefts in recent years. It seems that the thieves were not only smart in their methods but smart enough to know when to quit. With 15 robberies over 5 years and over $800,000 in cash they were definitely playing it safe and making sure that they did not attract too much attention. It is perhaps their 2010 theft that got too much attention that put the vacuum gang into retirement.