Great Balls of Fire! Is Spontaneous Human Combustion Real or a Myth? 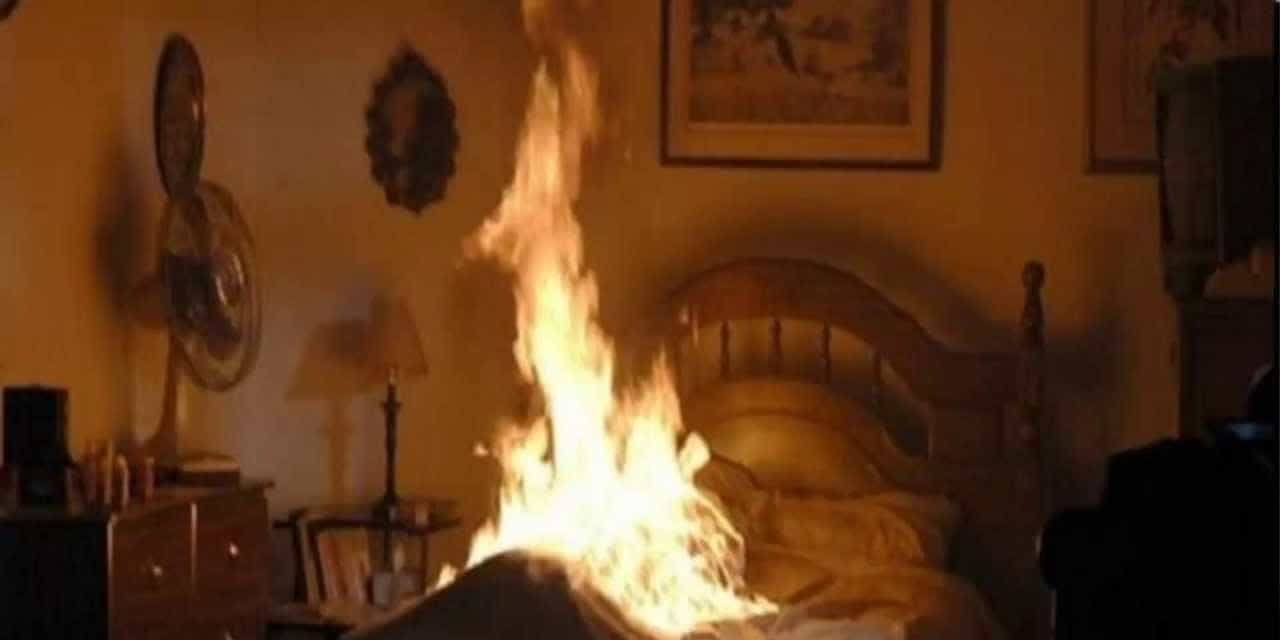 Great Balls of Fire! Is Spontaneous Human Combustion Real or a Myth?

Spontaneous Human Combustion (SHC) is a strange phenomenon that has only been witnessed a handful of times in history. As it is still an unexplained and extraordinarily rare occurrence, a significant percentage of the scientific community isn’t convinced it even exists.

SHC occurs when an individual suddenly bursts into flames from a chemical reaction within. Notably, the person is not ignited by any external heat source. There have apparently been hundreds of cases with a few notable examples. In all of these instances, the victim is consumed by a fire inside their home and coroners have often noted a sweet and smoky smell in the room.

One of the most unusual aspects of SHC is the fact that the extremities are untouched. Victims have had their head and torso charred while their hands and feet aren’t touched. Additionally, the area around the individual shows no signs of fire apart from a greasy residue left on the walls and furniture where the person was sitting.

When most people think of SHC, they imagine a spectacular ball of flames consuming an unfortunate victim. However, some people develop odd burns on their skin or emit smoke without any fire. A few individuals have even suffered spontaneous combustion and lived to tell the tale.

What Causes People to Burst Into Flames?

Most of the scientific community is not convinced that spontaneous human combustion exists. Typically, the human body doesn’t contain a flammable substance or extremely high heat; the two requirements for combustion. However, several objects have been found to ignite without the need for an outside heat source. For example, a group of oily rags could combust when left in an open container like a bucket. The oxygen from the air can raise the internal temperature of the rags high enough to ignite the oil. When hay or straw decomposes, the bacteria that begins the process can potentially kindle a spark by raising the temperature of the material.

SHC was a genuine concern in the 19th century and Dickens wrote about it in Bleak House. The character Krook died when he spontaneously combusted. He was an alcoholic so it led to the belief that if someone had too much alcohol inside them, they could burst into flames! A scientific journal called ‘A Treatise on Medical Jurisprudence,’ written in 1823, noted that all known victims of SHC were chronic alcoholics.

Several theories have been espoused in the modern era. When methane builds up in the intestines, it can be ignited by enzymes. The flaw in this theory is that most victims of SHC suffer greater damage externally. Another theory suggests that a static electricity build up inside the body is the cause.

Those who don’t believe in spontaneous human combustion say the Wick Theory is to blame for the oddity. It suggests that the body acts like an inside-out candle when lit by an external heat source. Body fat acts as the flammable substance while the hair or clothing of the individual is the wick. When the heat causes the fat to melt, it soaks into the clothes and acts like wax to keep the body lit. The person burns slowly, and according to proponents of this theory, it explains why the bodies of SHC victims are destroyed while the surrounding area remains relatively untouched. Keep reading for some strange tales of spontaneous human combustion.