Japanese-American Soldiers Made Up the Most Decorated Unit of WWII 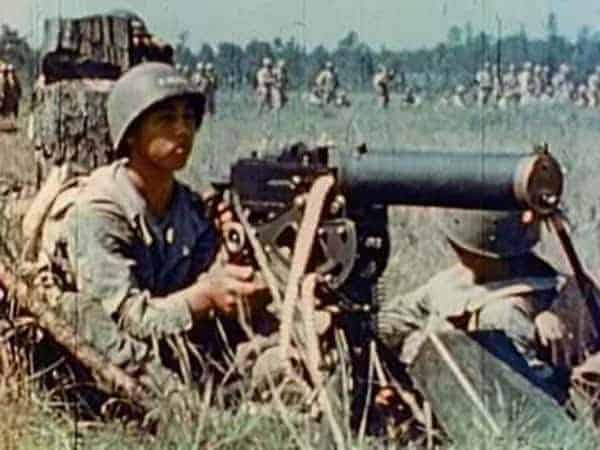 Japanese-American Soldiers Made Up the Most Decorated Unit of WWII

Dark times often produce great examples of valor, fidelity and patriotism. One of the best examples of such a time is illustrated by the 442nd Regimental Combat Team during WWII.

On December 7th, 1941 hundreds of Japanese warplanes descended upon Pearl Harbor, a United States naval base in Hawaii. This surprise attack ruined most of the American fleet in the Pacific, sinking more than half the United States’ battleships, destroying over 200 aircraft, and causing the death of 2,335 Americans, with more than a thousand others wounded. It was a catastrophe for the Pacific Fleet. However, there were other effects even more far-reaching. The military tragedy at Pearl Harbor led to a social tragedy for Americans of Japanese descent.

Fearing acts of sedition by ethnic minorities from countries with which the United States was at war, many Germans, Italians and Japanese were forcibly placed into internment camps. The Japanese population living on the West Coast of the United States suffered the greatest amounts of dislocation, as even American citizens of Japanese descent were often relocated during the war.

With so much suspicion surrounding Japanese Americans it is hard to believe that they would end up comprising one of the most distinguished and awarded regiments in American history. There was much debate as to whether or not native-born Japanese Americans (often known as Nisei) should be allowed to fight. Many in the government were opposed to such an action, but in 1943 President Roosevelt authorized the creation of an all Japanese military unit. These Americans quickly dispelled deep-seated suspicions and quelled the anxieties of those who deemed them unfit to serve due to their ancestral origins. They were sent to Europe where they fought valiantly in Italy, France and Germany, successfully concluding 8 major campaigns.

One event in particular, now known as the “Rescue of the Lost Battalion”, was perhaps their most heroic. In October of 1944, a battalion of soldiers made up mostly of Texans were encircled by German soldiers in eastern France. The Nisei soldiers of the 442nd Regiment were called to the front to attempt a rescue. After six hard days of some of the most brutal fighting of the European theater, the Texans were reached and the Germans were repelled, but not before outrageous casualties were suffered. Very few men of the 442nd walked away from the battle unhurt, with virtually every soldier of the 442nd earning a Purple Star.

Other actions which distinguish the 442 include the capture of a stranded one-man German submarine while serving in Italy. Then, in Germany, an artillery battalion from the 442nd helped to liberate a sub-camp of the infamous Dachau concentration camp.

Their motto was “Go for Broke” – and they did. The amount of commendations and medals they earned is staggering. The soldiers of the 442nd Regiment received 21 Congressional Medals of Honor, 8 Presidential Unit Citations, 7 Distinguished Unit Awards, 52 Distinguished Service Crosses, roughly 5,200 Bronze Star Medals, 588 Silver Star Medals, 22 Legion of Merit Awards and 9,486 Purple Hearts, as well as many more for an overwhelming total of over 18,000 honors. So many Purple Hearts were awarded to this regiment that it gained the nickname, “The Purple Heart Regiment”, with a staggering casualty rate (defined as killed, wounded, missing or removed) of 93%. If its size and length of service is taken into account, the 442nd regiment is the most decorated in U.S. history.

The American men of Japanese descent who comprised the ranks of the 442nd had a choice to make. They could resign themselves to life in government-ordered relocation camps, resentfully accept their status as second-class citizens and passively receive whatever fate was to come once the war was over, or they could act with boldness and agency. Thankfully, many thousands of young men chose to join the fight against tyranny abroad, to serve the United States as heroic worriers and undeterred citizens, thus dramatically bolstering their status as equals, serving at a time during which racists attitudes attempted to strip them of their valor and birthrights.

The internment of Japanese citizens during WWII is now universally accepted as a great injustice, occurring during a time in United States history very different from today. The fearlessness, patriotism and bodily sacrifice exhibited by the Nisei soldiers of the 442nd Regiment are significant reasons why negative attitudes toward racial minorities are diminished and a more equitable society exists today. As one soldier of the 442 remarked, “All of us can’t stay in the [internment] camps until the end of the war. Some of us have to go to the front. Our record on the battlefield will determine when you will return and how you will be treated“.

After the war, President Truman addressed the men of the 442nd Regiment, acknowledging the particular burden under which they fought as he remarked: “You fought not only the enemy, you fought prejudice – and you won“. Ultimately, the actions of the 442nd Regiment contributed to the edification of the United States and its people.