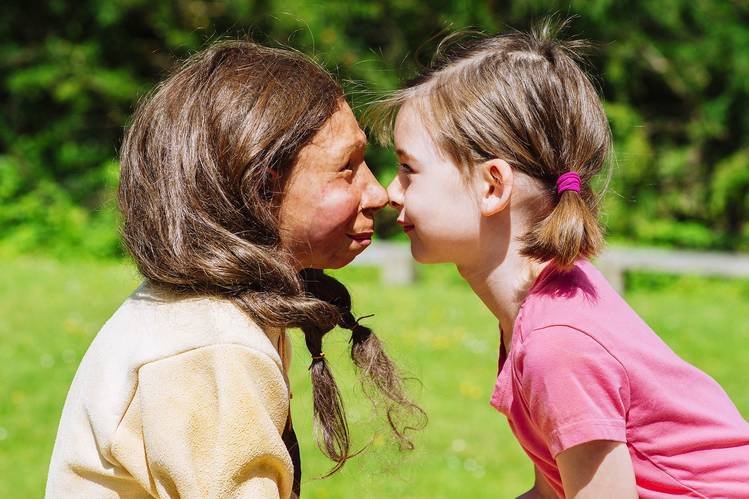 In south-Western Siberia there is a small gave that does not seem like much. It is in the Altai mountains and was largely disregarded by archaeologists. The cave is named the Denisova Cave after a Russian hermit that was known to inhabit the cave in the 18th century. In the 1970s the cave was explored by a paleontologist named Nikolai Ovodov who wanted to find the remains of canids.

In 2008 the cave took on new interest when Michael Shunkov from the Russian Academy of Sciences and other archaeologists from the Institute of Archaeology and Ethnology of Novosibirsk explored the cave. Inside they found numerous human artifacts including a bracelet that was found to be over 40,000 years old. There were also human artifacts and remains that went back over 125,000 years.

Much of what was gathered from the cave was assumed to be Neanderthal, the species that was an archaic human species that died out 40,000 years ago. When the bones were later examined they found what appeared to be the pinky bone of a young child, what many believe to be a young girl of around 6 or 7 years old. She was named woman X despite being just a child. A team in Germany destroyed the bone in order to test the mtDNA or the mitochondrial DNA that is passed down from the mother.

The team read the sequences of mtDNA 156 times to ensure what they were seeing was accurate. Then they compared those results with that of 54 modern humans, a 30,000-year-old modern human found in Russia and six Neanderthals. What they discovered shocked them, and suggested that much of what was believed about ancient humans might not be true.

Click Next on to see what they discovered in the DNA.

Further evidence was gathered in the Denisova cave that proved the existence of a distinct archaic human species. A molar was found that looked nothing like the teeth of a Neanderthal or a modern human. The molar actually held characteristics that were similar to that of homo erectus. Testing revealed the molar belonged to a separate individual from the little girl but still a member of the same population.

What has been learned about the Denisovans is what they provided modern humans through interbreeding. Denisovans provided genes that can recognize viruses, raise blood glucose levels and break down fats. Some believe that this is what allowed humans to quickly adapt to the climate, diseases and food that they encountered as they migrated around the world.