The German Kaiser's Secret Plan To Invade the U.S. 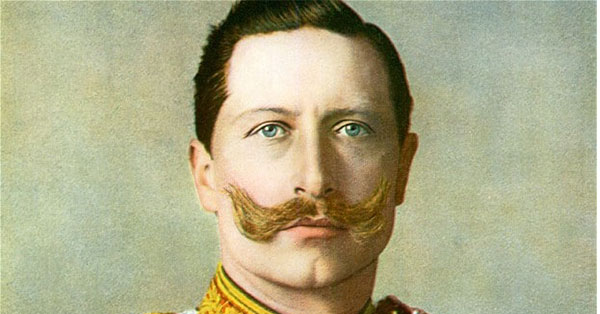 The German Kaiser’s Secret Plan To Invade the U.S.

It can be easy to see the United States as an unreachable, unimpeachable nation, so large and powerful as to be impregnable to foreign attack. Largely, this would be correct: the reason that incidents such as Pearl Harbour and 9/11 have had such a defining effect on the American national narrative is is because we see ourselves as untouchable.

Similarly, the United States has a free hand to play as the self-appointed world’s policeman precisely because home defense is so low down the scale of probability. It wouldn’t be any simple undertaking to attempt a military campaign against the Continental United States. The landmass is too isolated, too large and too rugged to make it worthwhile. Any army that managed to land on US soil would still have to contend with natural obstacles the size of the Rockies and the Southwestern Desert to get anywhere.

That isn’t to say that certain nations haven’t considered it. The British, of course, colonized the majority of what is now the USA and while it might be a bit rich for anyone other than Native Americans to call them invaders, they certainly were prone to incursions into American territory in the early years of the Republic.

Their trip into Washington DC in the War of 1812 represents the last time that the US mainland was invaded, albeit coming down from Canada and up from the Caribbean rather than from the Motherland. Ditto the French, who once held Florida and plenty of Louisiana, were rarely major threats to the territorial integrity of the Union since independence in the 1770s.

Across to the other side, the Spanish and later the Mexicans were adversaries of the Americans in the formational years of the United States – Pancho Villa’s men would invade on a very, very small scale to steal vital supplies during the Mexican Revolution in the mid-1910s – and later the Japanese launched their raid against Hawaii in 1945 and even occupied a few islands off the Alaskan coast during World War Two. With the advent of the atomic bomb at the end of that conflict the prospect of an incursion by the Soviet Union was never really seen as possible in the Cold War. One country that you might have noticed is missing from this short history of unsuccessful invasions is arguably America’s greatest adversary of the 20th century, the Germans. Their story of invasion is altogether more strange.

Of course, Germany has considered invaded the United States during the 200 and change years of its existence. When they took it most seriously as an idea was not, as one might expect, during either of the world wars. Even Hitler thought that the US was not breachable, certainly at the strength of military capacity over which he presided in the early stages of the war. (They did successfully land 6 soldiers on US soil in June 1942 but they were arrested as spies rather than enemy combatants). The plans for an invasion of the United States were instead drawn up under the auspices of Kaiser Wilhelm, way back in 1897.

The obvious question to ask would be why Kaiser Wilhelm would think that invading the United States was a good idea. Imperial Germany was not at war with America, they had no interest in conquering the United States and they had no existing structures on the western side of the Atlantic at all. The German Empire was unimpressive: certainly compared with the British, the French and the Spanish and equal to smaller nations such the Netherland, Belgium and Portugal. At a time when half of the world’s landmass was centred in the hands of their main European rivals, Germany could boast mere outposts in modern day Namibia and Cameroon in West Africa, Tanzania in West Africa and northern Papua New Guinea, then known as Kaiser Wilhelmsland. Their need for imperial expansion was strong.

Germany had missed out on the major imperial expansions of the 19th century. They had only converged as a single state in 1871, unifying the many smaller jurisdictions that had once been Prussia and the Holy Roman Empire among other, non-aligned territories. The upshot was that, when Britain and France had been establishing profitable strongholds in Asia and Africa – and Spain in South America – Germany did not exist and thus had no chance to expand into these areas.

When the Industrial Revolution began to take hold in the mid-19th century, Britain had a captive market for all the goods produced by mechanization and industrialization in its colonies, as did France, as well as an established and well-funded method of transporting goods around the world. The new Germany started from a serious deficit.

It was obvious that a colonial empire was necessary for the mercantilist policies that had put Britain and France into the position that they occupied, and forces within German politics knew this. All the good colonies, however, were taken, and any incursion into them would surely result in the sort of European war that would destroy industrial progress for everyone. Britain and France would not sit idly by while their continental rivals built the sort of empire that would be able to break their cartel. The intense wave of German nationalism that had arrived on the back on unification struck upon a more subtle plan: they would take on an enemy that they thought they could defeat – America – to challenge for economic control in areas that the British and French were less concerned about in the Pacific and in the Americas.

As much as the US influence in the modern world is strong, the imperialistic ambitions in the United States at the start of the 20th century were far more modest. The US Army was still more concerned with fighting Native Americans in the still largely unpopulated West and with intervening in conflicts in the Pacific and Caribbean. America itself was enjoying its brief flirtation with traditional empire-building, but the general mood in the nation was one of isolationism and non-intervention right up to the 1898 outbreak of the Spanish-American War.

It was into this milieu that the Germans planned their attack on the United States. In an attempt to gain territory in the Caribbean, Alfred von Tirpitz – the secretary of the German Navy – came up with a daring plan to draw the Americans into a conflict. Using what was presumed to be superior naval power, the Germans would traverse the Atlantic, engage the Americans and subsequently bombard Newport News, Hampton Roads and Norfolk Shipyards in Virginia.

Portsmouth, Maine and parts of New Hampshire were also to be targeted and blockaded in an attempt to force a positive settlement from the Americans. The US expansion into Cuba, the Philippines and Samoa as part of the Spanish-American War put paid to this idea, probably for the best for the Germans. The closest Germany ever got to the Americans was a contretemps in Manila Bay, where warning shots were fired.

The subsequent movement towards Cuba and Puerto Rico by the Americans – the two islands pencilled in as German staging posts – would prompt a second plan, this time with an eye to an invasion. In early 1899, the Kaiser’s new idea was to bomb the shoreline of New Jersey while troops landed at the Sandy Hook peninsula and moved swiftly inland. Meanwhile, German Navy warships would shell Manhattan and induce panic in the New York population, hopefully allowing for the land troops for arrive successfully. Again, this plan was less than well thought out.

Cuba, the ideal place from which to spark such a maneuver, was quickly occupied by the Americans, while Alfred von Schlieffen (later to lend his name to the German’s Belgian invasion plan in World War One) estimated that 100,000 troops would be needed to take Boston and even more to take New York City. It was noted at the time that the entire German shipping fleet would have been incapable of moving such a huge number of soldiers and the necessary equipment. Yet later, a third plan was hatched. An attache from the German embassy in Washington was sent to scout out a potential landing site around Cape Cod, which was to be used as a base from which to attack Boston. It again fell through.

The effects of these plan were minimal at the time, but the potential that they showed would come to some fruition. Germany was confident in itself and knew that expansion was required to fulfil the economic plans of the Imperial Reich. When the idea of invading the United States was shelved in 1906, it was in favour of preparing for a conflict on the European mainland, now increasingly likely after the signing of the Entente Cordiale between France and Britain in 1904.

Britain and France had considered the treaty necessary as a bulwark against the perceived growing power in Germany, particularly as a result of the nascent naval power spearheaded by von Tirpitz. Thus when the First World War began in 1914 (and the United States joined in 1917), it could be seen as the culmination of the conflict planned way back in 1897.