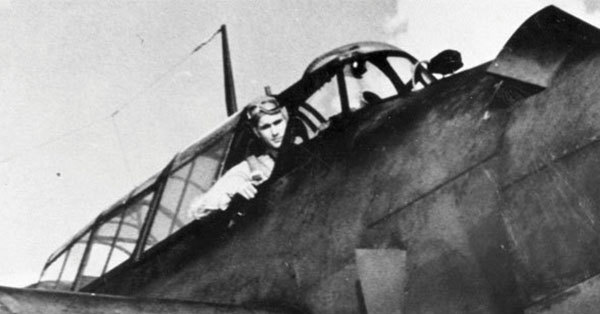 World War II is laden with horrific tales of POWs being tortured and the Chichijima Incident is one of the most gruesome. It happened in September 1944 and is a terrible tale of torture and cannibalism. A total of eight American airmen were captured, beaten and then eaten by Japanese soldiers. It could have been an event that changed American history had a 20-year-old pilot not escaped the fate of his comrades. Future CIA leader and American President George H.W. Bush was with the party, but in a twist of fate, he was the only one of the nine men shot down to evade capture.

The island of Chichijima is part of the Bonin Island Group some 700 miles from Tokyo. Although it is a small island at just 15 square miles, it was of crucial strategic importance during World War II as the Japanese used it as a radio relay link. To put things in perspective, this tiny piece of land was protected by 25,000 Japanese troops by the end of the war as they desperately tried to defend it against American bombing attacks.

During one of these raids on September 3, 1944, nine airmen were shot down. It was a sadly common occurrence in the period before the Americans landed on islands like Iwo Jima as around 100 pilots were shot down over the Bonin Island Group; only three survived as the rest were either captured, died with their planes or drowned in the water.

Bush was flying his plane (called Avenger) on the raid when it was shot down in flames. He managed to ditch the plane further away from Chichijima than the rest of the pilots, and it was this quick thinking that saved his life. While the other pilots also bailed out, they swam towards the island and were captured. Their fate remained hidden from the public for decades.

Although he had escaped POW status, Bush was still stranded, alone and utterly helpless as he floated on the water. Suddenly, the USS Finback submarine appeared and spotted the person it was destined to save. In his delirious state, Bush initially thought the submarine was a hallucination. The future president was floating on a flimsy life raft, vomiting and bleeding. There is no doubt that he wouldn’t have lasted much longer had the Finback not arrived on the scene.

If he believed he was lucky to survive, he didn’t know the half of it. The eight men who swam to the island would have been better off staying in the water but of course, their survival instinct was strong, and once they saw their chance, they naturally swam ashore. Unfortunately, they ended up in the clutches of a particularly sadistic group of enemies. The files of these eight men were sealed by the United States Government for decades, presumably to spare the families of these men the anguish of knowing what happened to their loved ones.

The public only gained knowledge of the gruesome end of the men in 2003 when James Bradley published his book: ‘Flyboys: A True Story of Courage.’ The book documented the stories of POWs using details from war criminal trials and interviews with Japanese soldiers. In fact, even Bush didn’t know what happened to the men until Bradley told him. When he heard the news, he simply shook his head in stony silence. As well as thinking about the cruelty the men endured, he knew it could easily have been him. So what did the Japanese soldiers do to the eight Flyboys? Read on to find out, but be warned, it is a harrowing story.