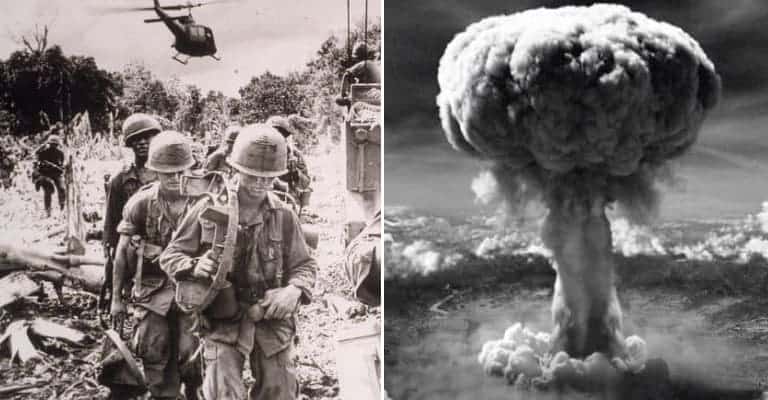 As America sank ever deeper in the Vietnamese quagmire, Westmoreland did the best he knew with the hand dealt him: he saluted, soldiered on, and sought to put the best spin on things. Framing the conflict as a war of attrition, Westmoreland emphasized the heavy casualties sustained by the communists to sustain his contention that America was bound to prevail. So long as America stayed the course, went the argument, a tipping point would eventually be reached when communist losses exceeded their ability to replace them, forcing the foe to throw in the towel and negotiate an acceptable peace.

Variously described as a “light at the end of the tunnel” or a “turning of the corner“, Westmoreland’s optimistic predictions of inevitable victory played a key role in sustaining the American public’s will to continue the war. However, faith in Westmoreland’s optimism was starting to wear thin as 1967 drew to a close, and the voices questioning the wisdom of the conflict grew increasingly louder. That year, Westmoreland addressed a joint session of Congress, and assured it and America that “we will prevail in Vietnam over the communist aggressor!” The massive communist Tet Offensive in early 1968 led many to question Westmoreland’s credibility. It was ironic, considering that Tet ended being a massive American military victory, and a correspondingly massive communist defeat. However, the jarring contrast between Westmoreland’s repeated prognoses that the war was going well, and the images on newspapers and nightly TV news of communists rampaging throughout South Vietnam, proved highly damaging.

When Tet began, it caught Westmoreland with his attention focused elsewhere: the isolated US Marine garrison at Khe Sanh, near the demilitarized zone between North and South Vietnam. On January 21st, 1968, nine days before the Tet Offensive, tens of thousands of North Vietnamese launched an attack that besieged and, for a time, threatened to overrun Khe Sanh. The plight of the isolated American garrison immediately brought to mind the fate of a similarly isolated French garrison at Dien Bien Phu, during the First Indochina War.

In that conflict, as France sought to hold on to its Vietnamese colony, the French had superior firepower and technology, but were unable to bring the lightly armed Viet Minh to a pitched battle in which such superiority could prove decisive. So the French reasoned that if they could not take their superior firepower to the Viet Minh, then they would bring the Viet Minh to superior French firepower. A plan was concocted to entice the Vietnamese into massing for a pitched battle by offering them an irresistible lure: French paratroopers airdropped into an isolated base in Dien Bien Phu.

Unfortunately for the French, so many airplanes were shot down while trying to resupply the paratroopers, that their situation became critical. The French had also assumed the Vietnamese would have no artillery, but they organized tens of thousands of porters into a supply line that hauled disassembled guns over rough terrain to the hills overlooking the French. Within two months, the Dien Bien Phu garrison had lost 4000 dead and missing, and nearly 7000 wounded. The survivors, numbering nearly 12,000, were forced to surrender. Understandable, as the North Vietnamese besieged Khe Sanh in 1968, fears of another Dien Bien Phu preyed upon American military and civilian commanders.

As the situation at Khe Sanh seemed to grow ever more critical, president Johnson sought repeated assurances from Westmoreland and Defense Secretary McNamara that it would not turn into an American Dien Bien Phu. It was against that backdrop that Westmoreland put together a contingency plan – one that Johnson knew nothing about – for the use of nuclear weapons against North Vietnam, in a last bid to avert disaster if things got desperate at Khe Sanh.

Codenamed FRACTURE JAW, Westmoreland’s plan called for the secret movement of nuclear weapons to South Vietnam, so they could be at hand to be used at short notice against the North Vietnamese if the need arose. On February 10th, 1968, Westmoreland sent a top secret message to Admiral Grant Sharp, Commander in Chief, Pacific, informing him that “Oplan FRACTURE JAW has been approved by me“. Westmoreland also informed other military commanders, such as the Chairman of the Joint Chiefs of Staff, General Earle Wheeler, and discussed with them the details of how to go about carrying out FRACTURE JAW.

However, a key figure who was not informed of the plans to introduce nukes to the Vietnam War was president Johnson. When Walter Rostow, the president’s National Security Adviser, found out and told his boss, LBJ was seriously ticked off. According to a presidential aide who took notes during a White House meeting discussing the issue: “When [the president] learned that planning had been set in motion, he was extraordinarily upset and forcefully sent word through Rostow, and I think directly to Westmoreland, to shut it down“.

As things turned out, fears of an American Dien Bien Phu at Khe Sanh proved to be overblown. The French debacle in the earlier siege was caused by France’s inability to resupply its beleaguered garrison from the air. However, America had an ace in the hole that France did not: the US Air Force, whose strength and airlift capacity was orders of magnitude greater than that of the French. American aerial assets managed to sustain the US garrison at Khe Sanh with adequate resupplies of men and materiel, while punishing the besieging North Vietnamese, until they lifted the siege and withdrew in the summer of 1968.

As to Westmoreland, after years of Johnson acceding to his requests for ever more troops, the president finally drew a line in 1968. That year, the American buildup in Vietnam reached a peak of 535,000 men, but when Westmoreland asked for 200,000 more men, LBJ decided to get a new commander. Westmoreland was taken out of Vietnam by promoting him upstairs to Army Chief of Staff, and replaced with his deputy, Creighton Abrams, who began implementing a steady troop draw down.