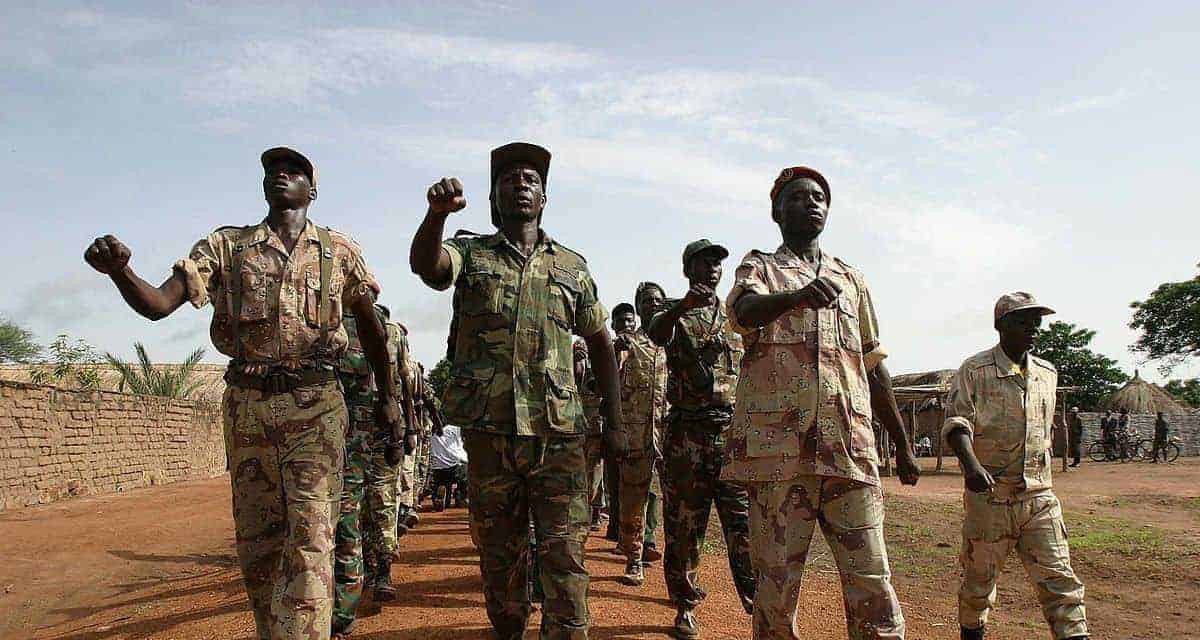 It seems like the world is constantly at war. Turn on the news, or head to a popular news website, and there’s a good chance that you’ll see headlines from wars in the Middle East or coup d’Ã©tat in Africa, or something similar. Yet for every major conflict that the world news bothers to report on, numerous others barely get a mention.

Even when mentions are made, it’s often because some Western country is intervening, or perhaps there was a “terrorist” attack, or something similar. The world is supposedly living in an age of relative peace, with governments largely avoiding conflict with one another. Yet, numerous conflicts have broken out over the past few decades, often garnering little attention.

Let’s look at some of these lesser known wars (no particular order). 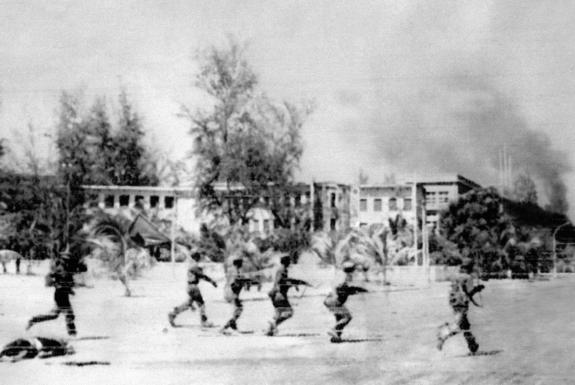 In the 1970’s Cambodia and Vietnam were both Communist governments, so they should have gotten along, right? Actually, despite its socialist aspirations, Vietnam has long been a rival of China. Even during the Vietnam War with the United States, most of the Communist aid flowing to North Vietnam came from the Soviet Union, rather than nearby Communist China.

In 1978, leaders in Vietnam were becoming increasingly concerned over the Khmer Rouge in Cambodia. From 1975 to 1979, the Khmer Rouge had carried out one of the bloodiest mass genocides in modern history, killing an estimated 1.5 to 3.0 million people, primarily for being urban and educated. That wasn’t why Vietnam decided to go to war with Cambodia, however.

Instead, Vietnam was worried that the Khmer Rouge was becoming too close with Communist China. Interestingly, the Khmer Rouge actually started with the assistance Vietnam’s Communist Party, and had supported the Viet Cong during its war with the United States. Yet as the 70’s were drawing to a close, China’s influence was growing.

For Vietnam, this was unacceptable. Starting in May of 1975, the two competing Communist parties experienced a series of small clashes and border disputes. By 1977, the conflicts were involving large numbers of troops with both sides launching brief excursions across the border. In some cases, thousands of civilians were killed.

In response to one such Cambodian excursion, the Vietnamese mobilized an estimated 60,000 troops, and in December of 1977, launched a large excursion into Cambodia. The Vietnamese forces quickly overwhelmed their Cambodian rivals, and by January had come within 40 kilometers of the Cambodian capital of Phnom Penh before deciding to pull back.

Instead of being dispirited by their crushing defeat, Cambodian leaders took Vietnam’s withdrawal as a sign of victory. Cambodian officials only grew more defiant. The Khmer Rouge continued to launch attacks, primarily against unarmed Vietnamese citizens, culminating in the massacre of Ba Chuc in April of 1978, which saw at least 3,000 Vietnamese civilians slaughtered.

On Christmas day in 1978 full-scale war broke out with 13 divisions (approximately 150,000 soldiers), supported by air artillery, invaded and overwhelmed the Cambodian forces. Just a few weeks later, in January 7th of 1979, Vietnamese forces entered Phnom Penh, putting an end to the Khmer Rouge’s rule of Cambodia. 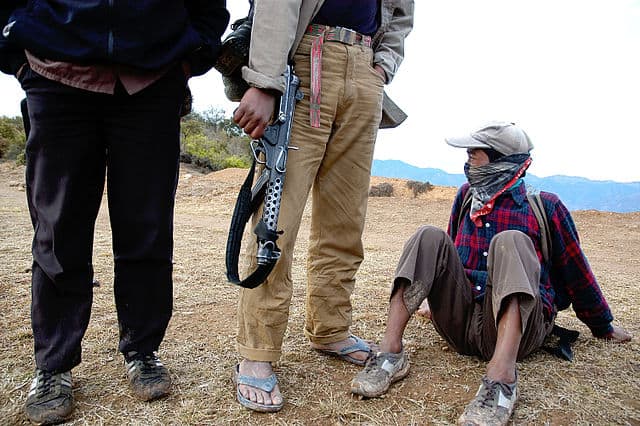 Marxism is founded on the idea of a proletariat revolution, culminating in the end of exploitation and essentially the creation of “peace on Earth.” Throughout the 20th century, however, Communist groups perpetuated numerous armed conflicts. The Civil War in Nepal, which was conducted from 1996 to 2006, is another such war.

While Communist conflicts earlier in the 20th century often involved the United States and Soviet Union locking horns, this civil war appears to have been more home-grown.

Most experts don’t believe that China was involved in the Nepali civil war, even though the Communists in Nepal adhered to a Maoist (read: Chinese) variation of communism. Nepal and China have had generally good relations over the past several decades.

The Maoists in Nepal wanted to overthrow the Monarch, King Gyanendra, and to establish a People’s Republic. Initially, however, the insurgency was fought primarily between the Communists and the police. Most of the early attacks focusing on rural police stations.

The Royal Army stayed out of the conflict for a time, viewing it as a police issue. As the situation worsened, however, the Royal Army became more directly involved. Maoists also began to target army barracks.

Eventually, criticism of the monarchy was completely outlawed. The government also persecuted journalists, and was accused of various other war crimes. While the government was able to maintain control of cities, much of rural Nepal fell under Communist control. In response to the Maoist insurgency, King Gyanendra suspended Nepal’s Constitution.

Following this, facing widespread protests Gyanendra was forced to re-institute the same parliament just two years later. Two years after that, the parliament absolved the Monarchy, declaring Nepal a republic in 2008.

The Monarch’s assets were placed in public trusts, and democracy was declared. Communist forces were also legitimized by the government. In many ways, the Communists could claim victory as many of their key demands were met.

The Maoist Communist Party of Nepal is still an active and powerful political force. Currently, the party controls 80 of the 575 seats in the Constituent Assembly. The former king of Nepal, Gyanendra, is still alive, but no longer has any formal power. 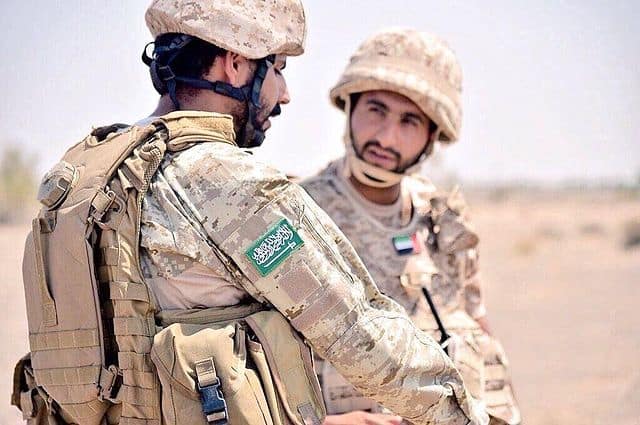 Okay, you’ve probably heard of the Yemen Civil War. It’s mentioned reasonably often by the world media, usually in passing. What you may not realize is that at least 10,000 people have already died, and that the country has essentially collapsed into a failed state.

Right now, most global attention is focused on the Syrian civil war. Hundreds of thousands have died in Syria, Meanwhile, Russia and the United States, among others, are heavily evolved. Regardless, the situation continues to deteriorate in Yemen, but the world media isn’t paying much attention.

The conflict in Yemen boils down to the centuries old conflict between Sunni and Shia muslims. President Abd Rabbuh Mansur Hadi, who has controlled Yemen since February of 2012, is a Sunni Muslim. The Yemeni government itself is largely comprised of Sunni Muslims, and has been propped up by the Sunni government in Saudi Arabia.

The Rebels, on the other hand, are primarily comprised of Shia Muslims. The so-called Houthis, these Shia Muslims have been fighting against the Sunni-led governments since 2004, and now control huge swaths of western Yemen, the most densely populated area of the country.

Many believe that the Houthis are being supported by Iran, which is predominately Shia. Iran and Saudi Arabia have long fought proxy wars and battles across the Middle East, primarily along the Shia-Sunni divide. Saudi Arabia, meanwhile, has already put boots on the ground, and has launched a constant barrage of air strikes.

Al-Qaeda in the Arabian Peninsula (AQAP) also controls large, usually sparsely population regions, primarily in eastern Yemen. This branch of Al-Queda is viewed by many security experts as the most capable and well-equipped branch of Al-Queda. Fighters aligned with the Islamic State are also involved.

The situation in Yemen has only continued to worsen, with a humanitarian disaster now brewing. Reports of starvation, a lack of excess to health care, air raids hitting civilian targets, and other serious issues are rampant. 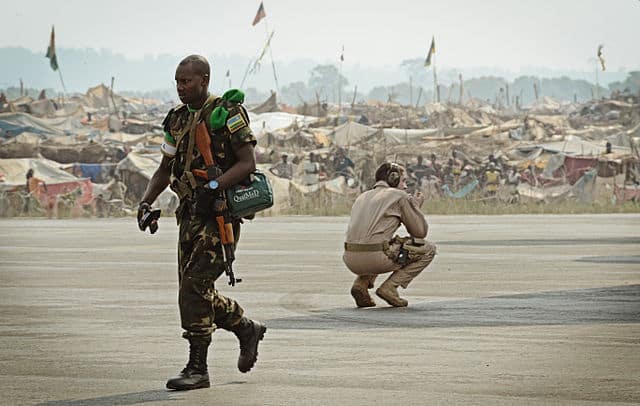 The days of genocide in Africa are over, right? Wrong. Thousands have been killed in the Central African Republic, with most now being targeted for their religion. While the conflict is on-going, the roots were planted back in 2004.

From 2004 to 2007, the CAR Bush War raged. The rebels were trying to overthrow General Bozize, who had seized control of the CAR government in 2003, disposing of the democratically elected (but unpopular) President Patasse. In April of 2007, the government signed a peace deal with the Union of Democratic Forces for Unity, ending the conflict.

In 2012, the government was trying to negotiate with the Convention of Patriots for Justice and Peace (CPJP), another rebel group that was active during the Bush war. The talks collapsed, however, and one major faction of the CPJP broke off, continuing the conflict.

The situation continued to deteriorate, and religious tensions heightened. Members of the CPJP, as well as other rebel groups, began to operate under a new banner, Seleka. The group consists almost exclusively of Muslims, who make up roughly 15 to 20% of the population. In March of 2013, they managed to overthrow the government, and install Michel Djotodia as the country’s first Muslim leader.

The Seleka fighters, however, did not lay down their arms and continued to attack villages and burn homes across the country side. Djotodia tried to disband the Muslim militants, but they refused to lay down arms.

Now, French troops, UN peace keepers, Chad special forces, and numerous other troops have become involved. France sent troops to stabilize the country, UN Peak keepers are trying to prevent atrocities, and Chad was forced to evacuate Muslims from the capital of Bangui. African Union and other forces are also involved.

As many as 420,000 refugees have fled the country, while some 370,000 has been displaced internally. Now, Muslim communities in CAR are at risk of literally being erased, and Christian militias have been accused of ethnic cleansing.