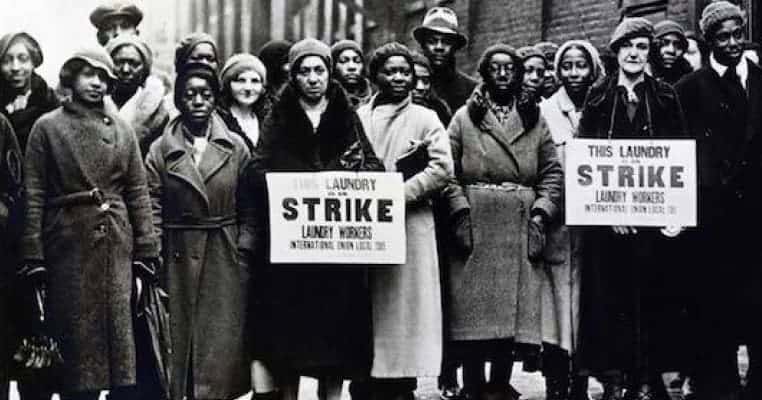 Washing the Clothes and Linens of Atlantans

Washerwomen in Atlanta largely consisted of black women with children. By 1880, 98% of Atlanta’s Black American female population were domestic workers in the home of former slave owners. These cooks, maids, and nurses earned wages for their laborious and long hours but they were still subjected to the overbearing eyes of their employers. Laundresses were considered to be at the top of the domestic worker hierarchy simply because they were able to do their tasks outside of the large homes.

Washerwomen approached wealthy whites and negotiated a fee for picking up the laundry, washing and ironing it, and then delivered it to the satisfaction of their employer. It must have been unsettling for both black women and former slave owners to enter into such an arrangement. Employers ensured that the laundry was done to their satisfaction. Laundresses were also scrutinized for their appearance. Imagine having to walk through muddy streets contaminated with raw sewage to pick up or deliver bundles of laundry. The slightest mark or mud on a washerwoman’s skirt was enough to have her wages reduced.

Washing was a process. Each week, washerwomen would visit the homes of their employers and pick up the bundles of soiled items. Sometimes a young boy would drive a wagon which was used for transport. Returning home with the bundles, the washerwomen began the laborious process of washing other people’s clothes. Children would fill tubs with water and start fires to heat the water. The washerwoman would get her washboard and soap and begin.

Girls poured hot water into large basins where women scrubbed the clothes with soap on a washboard. Once cleaned, the clothes were sent through a ringer using a hand crank and placed into a large tub. A girl or boy would carry the tub to the clothesline where a laundress would hang the clothes and linens to dry. On sunny days the clean laundry dried quickly. Hot and humid days during the summer, of which there are many in Atlanta, would pose a challenge. It would take longer for clothes to dry and the longer that clothes hung on the line, the more odors clung to them. Think about hanging clean clothes to dry steps away from raw sewage! Once the clothes were dried it was time to use heavy irons that were heated with coals to press pleats and collars. Experienced laundresses knew well how to prevent burns and scorched clothing. These women had reputations and could charge more for their labor.

Laundresses carried bundles of cleaned linens to her employer. Here is where the relationship between free blacks and former slaver owners displayed strain. The laundress had agreed to a set price before she set off to clean the clothes. Some whites were humiliated to have to pay for labor that was once free. While some kept their word, others found reasons to reduce wages or not pay at all. The payment to a laundress hung on the whim of her employer. Once the laundry was in the home, the laundress could not simply remove it to hold it until full payment was received. Employers continued to use fear as a tactic to keep African American women in their proverbial place.

‘We Mean Business or No Washing’: The Atlanta Washerwomen Strike of 1881. by Brandon Weber. February 6, 2018