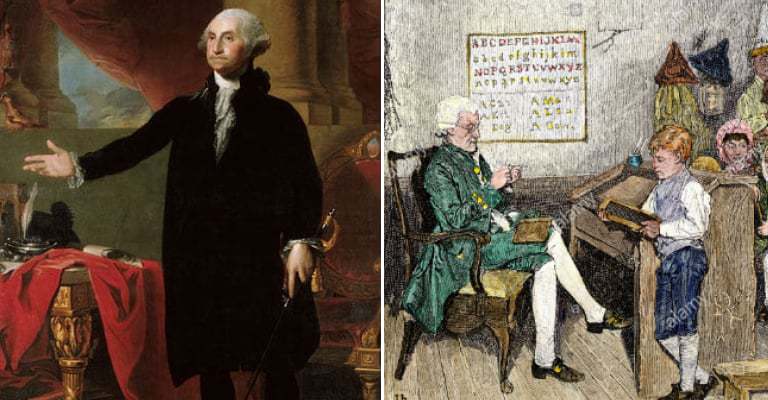 The final twenty Rules of Civility, except for the last three, discuss table manners and conversation. When reading them it is evident that some dinners in Colonial Virginia were raucous affairs. They contain advice about the proper deportment at table and in conversation. They also contain advice about what should be served. For example Rule 92 specifies, “Entertaining any one at the table, it is decent to present him with meat…” Rule 91: “Make no Show of taking great Delight in your Victuals, Feed not with Greediness; cut your Bread with a Knife, lean not on the Table neither find fault with what you Eat.” Rule 92 admonished against using a greasy knife to cut bread.

Dinner at Mount Vernon was the main meal of the day. It was held at three in the afternoon Monday through Saturday and at two on Sunday. It consisted of numerous dishes and was of course often comprised of seasonal foods. Washington was especially fond of salt cod, which was served every Saturday but there was also a selection of roasts, game, ham and other dishes. When the Washington’s were home it was a rare thing for them not to have multiple guests at their dinner table. Following dinner, Washington seldom ate another meal for the day, it was typical in Virginia for a supper to be served around 9 PM, but that was the hour Washington usually retired.

Salt was presented on the dinner table in bowls, rather than shakers, and one of the Rules of Civility contains a stricture against using a soiled knife with which to take salt. Rule 102 advises against urging others to eat and Rule 103 advises one not to eat either too slowly or too quickly, but to finish with the rest of the company at table. Rule 101, one of the shortest of all the Rules of Civility says simply, “Rinse not your mouth in the presence of others.” Some of the others include not talking “…with meat in your mouth”, and “…nor need you drink to others every time you drink.”

At the end of the meal and the dessert course, which usually featured several pies and tarts as well as cheeses, Washington and his male guests were served with different wines and an assortment of cheese, fruits, and nuts. Washington was loved Brazil nuts and according to John Adams it was these, rather than poor dental hygiene, which caused the loss of his teeth. He habitually cracked them with his teeth, which as anyone who has cracked a Brazil nut knows was quite a feat. Gradually he broke his natural teeth one by one. Rather than sip wine, Washington preferred beer following his meal, usually a heavy porter brewed at Mount Vernon.

The final three Rules of Civility are as follows. Rule 108: “When you speak of God or his attributes, let it be seriously & with reverence. Honor & obey your natural parents although they be poor.” Washington provided the care of his mother through most of his life. Rule 109 reads, “Let your recreations be manful not sinful.” And finally Rule 110, “Labor to keep alive in your breast that little spark of celestial fire called conscience.”