Ancient Men of War: The 5 Most Effective Roman Commanders 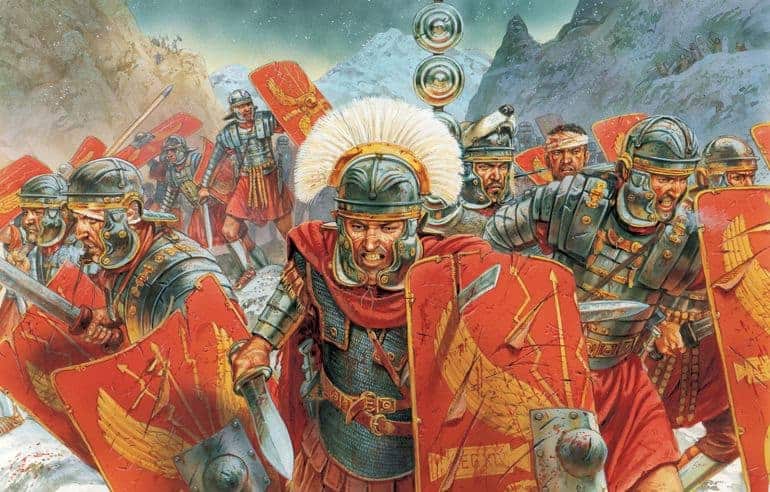 Ancient Men of War: The 5 Most Effective Roman Commanders

The only real way to argue against Caesar’s spot atop this list is to claim that he embellished immensely in his commentaries of his wars. While that is certainly a valid historical approach, we’re going to assume only minor exaggerations in Caesar’s writings, giving him a clear spot as the best general Rome ever had.

Most of us know that during the Gallic Wars, Caesar faced a fearsome foe in Vercingetorix, his name literally meaning “great warrior king”. At Alesia, he besieged a fortified city while fending off massive relief efforts and constructing a huge double wall of circumvallation.

Caesar faced huge hordes of migrating tribes such as the Helvetii and sent whole nations fleeing in defeat. He fought in bitter cold and rain, on land and at sea. He crossed the English Channel and the Rhine, all before starting his more famous civil war.

Even before facing Pompey, Caesar had to deal with the long-time ally of Rome, Massilia (modern Marseille). A Greek colony, Massilia had a long and proud history of boldly standing against barbarians and commanders such as Hannibal. Siding with Pompey would be their last bold decision as an independent state as Caesar quickly defeated their navy and sacked the city, incorporating it into official Roman territory.

Caesar’s best quality as a general had to be his ability to reverse his fortunes in the face of certain defeat. The Battle of Pharsalus is a perfect example. Face-to-face with his enemies in the civil war, Caesar found himself trapped in Greece with a starving and undersized army. Pompey had simply mirrored Caesar’s moves with an army twice the size and remained in a defensive position.

When Pompey was eventually pressured to take the fight to Caesar, the senators on Pompey’s side considered the battle won, but Caesar had other plans. Caesar counted on his veterans to hold their ground and execute a maneuver requiring a unique fourth line.

This fourth line interfered in the cavalry battle, routed Pompey’s far larger number of cavalry, and proceeded to crash into the raw recruits of Pompey’s force. A sure defeat was turned into a decisive victory and a major turning point in the war.

In Egypt, Caesar suffered in a city under siege when he decided to support Cleopatra’s claim as queen. In a civil war within a civil war, Caesar defeated Cleopatra’s rivals before heading off to Syria to fight a quick war against a Pontic king who thought he could snatch some territory while the Romans fought themselves. Caesar’s victory in battle and campaign here were over so quickly that he wrote a letter explaining his side trip as “I came, I saw, I conquered”.

Caesar even gets credit as a leader of men, getting his legionaries to sail and fight across the known world often far after their service times were up. When dealing with one mutiny, Caesar quashed it with one word, addressing the angry mob as “civilians” instead of his “comrades/soldiers”. The men instantly dropped the mutiny and begged Caesar to take them back.

Julius Caesar was even preparing to take on the Parthians in the Middle East before he was assassinated and probably would have been successful too. Caesar fought and won in almost every environment and against several different cultures throughout the Mediterranean and Britain, and was almost always outnumbered in battle. he fought on the front lines but also knew how to set up a tactical plan. His place at the top of the list is nearly indisputable.