Revolution on Film: 9 Motion Pictures That Chronicle the American Revolution 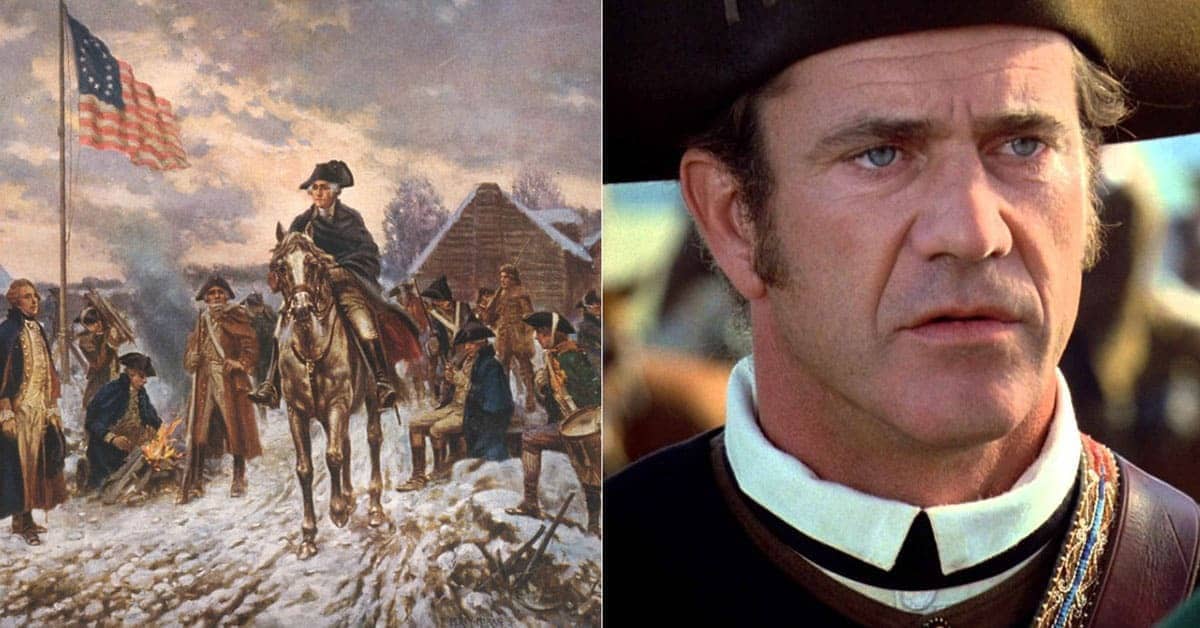 Revolution on Film: 9 Motion Pictures That Chronicle the American Revolution

According to the film 1776, which was based on a Broadway musical decades before Lin Manuel’s Hamilton, the founders sang and danced their way through the tumultuous debates which led to the adoption of the Declaration of Independence during the summer of the titular year. Even so, it presents the historical events of that summer in a largely accurate manner. Unlike all too many films which tend to present the founders as ponderous semi-deities, it reveals the human sides to their historical debates and personal interactions.

The largely forgotten role of Abigail Adams in shaping the attitudes and actions of her husband John are presented, with much of the dialogue and even some of the song lyrics attributed to her are based on surviving letters she wrote at the time. Other founders are represented accurately as well, with John Dickinson of Pennsylvania cautioning against independence while arguing for reconciliation with the King, and Caesar Rodney (largely forgotten in most other dramatizations) hesitant to act because the belief his cancer was affecting his judgment.

Jefferson is usually described as considering himself unworthy to draft the actual declaration, in part because of his youth, but here he is reticent because of his desire to return home to Monticello to be with his wife. This attitude on the part of the Virginian is reflected in his own notes and letters, written throughout that summer.

Finally, despite the highly visible Unanimous in the finished document’s preamble, the convention is accurately presented as being deadlocked when it finally votes on the issue of Independence, with the deciding vote for the colony of Pennsylvania being cast by the wholly unknown James Wilson. Wilson bucked tradition by voting for independence, breaking with John Dickinson and siding with Benjamin Franklin, an act forgotten by history.

Once the issue passed, the colonists decided on unanimity for reasons of posterity, sparking Franklin’s famous quip about hanging together or hanging separately. Once the song and dance are cast aside, 1776 tells the story as it was – according to the existing records of the convention – recorded by those who were there.

Movies featuring the American Revolution typically focus on battles or famous historical events such as Benedict Arnold’s treason or the drama over the passage of the Declaration of Independence. Like all wars, the Revolution evolved over time as most people remained at home, struggling with their everyday lives. For the majority of the colonists – the revolution was fought and supported by a minority of the citizenry – just getting by in trying times was their goal, regardless of the outcome of events. Mary Silliman’s War tells the story of those people.

The film presents their struggle for existence. Money became scarce and what money was available was hopelessly inflated and often simply not accepted as tender for goods or services. Neighbors grew to distrust each other due to suspected political leanings.

In some communities, Loyalists were prosecuted for crimes while Patriots were not, and in others the opposite held sway. In many instances property was confiscated without legal justification or jurisdiction. Deserters from either army could be sheltered or imprisoned based on prevailing political points of view. Religion too shaped behaviors and brought vengeance upon those whose piety was deemed insufficient.

Mary Silliman’s War presents the Revolutionary War as it was fought far away from the contending armies and their support or rejection of independence or the Divine Right of Kings. Throughout the film, perspectives and beliefs are challenged and changed based on events which escaped the history books and were not decided by military defeat or victory.

The rights of the minority are frequently trampled by the tyranny of the majority, a perspective of the Revolution which is seldom seen, and seldom considered by the victors. It is considered here.