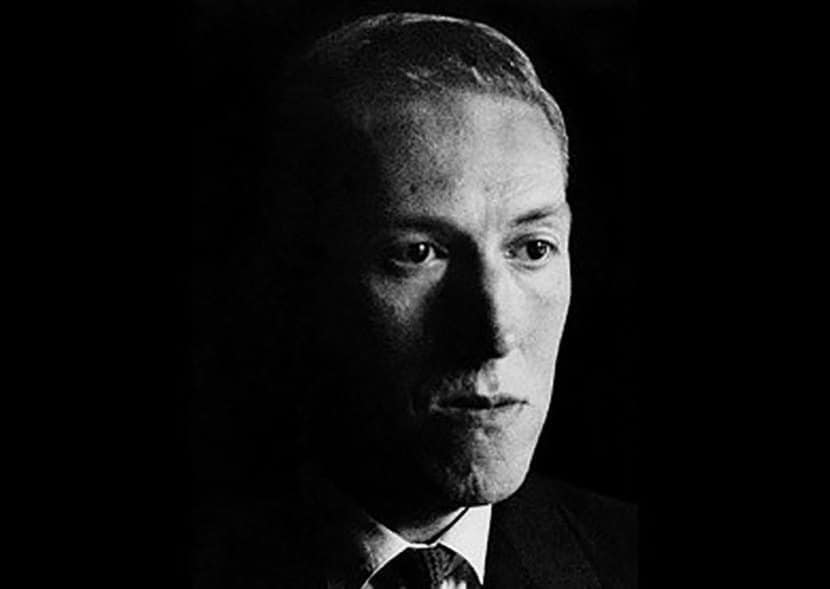 The market is inundated with movies, books, and television shows meant to scare even the most stoic among us, but to whom do we owe credit to the wave of horror media over the last century? Certainly classical literature such as Bram Stoker’s “Dracula” or Mary Shelley’s Gothic novel “Frankenstein” will always be renowned for their ability to captivate and horrify audiences. Novels are not the only artistic forms to feel the chilling touch of horror; directors, actors, actresses, special effects teams, and video game creators have all been bitten by the monstrous genre. Yet, despite big names and innovators, one singular person became a pivotal, defining figure whose significance will continue to inspire chill inducing tales from generations to come.

Most artists see some notoriety and fame for their work, but that unfortunately was not the case for Howard Phillips Lovecraft, whose work only gained popularity posthumously. It is a lesson in true horror; penniless and left only with submissions to pulp fiction magazines, Lovecraft died before ever feeling the unwavering affections of fanatical readers. His lingering legacy is a testimony to life after death, even if only through carefully spun and hypnotically magical words. Yet, how does one create so many horrific and spine tingling tales? Is it a simple case of a man born with the innate ability to spin a scary web of stories innately, or did he experience event after event of true life scares that influenced his story telling?

“I know always that I am an outsider; a stranger in this century and among those who are still men” – HP Lovecraft

Born in Providence, Rhode Island on August 20, 1890, Lovecraft was raised in an unstable environment. An only child to his parents, Winfield Scott Lovecraft and Sarah Susan Phillips Lovecraft, he likely felt the intensity of his father’s mental illness. In April of 1983, at not even three years old, Lovecraft witnessed the erratic behavior that landed his father in the hospital. After a psychotic break at a hotel in Chicago, Winfield was commited to Butler Hospital in Providence. However, despite obvious indications of mental illness, Winfield’s official cause of death in 1898 stated he passed due to “general peresis”, or what would be referred to today as late stage syphilis. Regardless of the origins of his father’s mental breakdown, one could assume Lovecraft’s early interaction with unexplained occurrences lent itself to his creative works of thrilling fiction.

Lovecraft continued to live at home after his father’s death, and later in life recalled this period as one where his mother was filled with incredible grief, a condition he says lasted permanently. Meanwhile, with no father, Lovecraft was in need of a father figure. His grandfather filled that position, and Lovecraft credited his grandfather’s influence as one that impacted his art, writing, and curiosity. While he never became very close with his grandmother, her death in 1896 was potentially of impact when it came to Lovecraft’s macabre imagery. Lovecraft remembers this time as “a gloom from which it never fully recovered”, and the elaborate black mourning dresses his aunts and mother wore frightened him. At only five and a half, it was this period that would spark his chronic nightmares, fueled by family death and chaos.

At age seven, Lovecraft began writing his fictional stories, reworking tales from the Odyssey and other mythological works into poems. He felt a special connection to Roman mythology and its pantheon of gods. He also felt an affinity towards astronomy and science. Reviewing recollections of his school peers, they recall Lovecraft as being somewhat withdrawn and introspective, but always warm and welcoming, especially in regards to those interested in using his prized possession– a telescope. Towards the end of high school, Lovecraft appeared to enter into a traumatic depression that left more of an impact than previous incidents. The circumstances remain unknown to this day, though the depression was so severe, he was said to have suffered from a “nervous collapse”, and that he “could hardly bear to see or speak to anyone, & liked to shut out the world by pulling down dark shades & using artificial light.”

His depression left him with suicidal ideation. Harry Brobst, with a Ph. D. in psychology, believed Lovecraft had a case of chorea minor, or Sydenham’s chorea, a condition associated with Group A Streptococcus. In writings found from Lovecraft himself, he admits to bouts of chorea as a child. Family trauma and unrest, medical conditions, and subsequent depressions all begin to create a clear picture of Lovecraft and the origins of his posthumous bestsellers. Life up to this point had to feel like a terrifying journey into the unknown for Lovecraft. He himself realized the unknown was the most uncomfortable experience for all humanity:

Lovecraft was originally meant to attend after his high school graduation Brown University in Providence, Rhode Island, but after his extreme depressive episode, he did not complete high school, nor did he continue on to attend university. He frequently stated high school as a responsible party to his depression, stating “I was and am prey to intense headaches, insomnia, and general nervous weakness which prevents my continuous application to any thing”. It is likely that the physical manifestations of a disease and the mental effects of mental illness created such a troublesome classroom environment for Lovecraft he was simply unable to be productive.

Despite his rocky experience with education, Lovecraft continued to educate himself with both arts and sciences. He revived his self published scientific periodicals, showcasing his love for organic chemistry. Although he had quite the fascination for organic chemistry, the needed components of mathematics were missing. He declared mathematics as puzzling and tedious, likely due to his choppy education in his previous years. It was not until 1912 that his first poem was published in a publication that was not his own. “Providence in 2000 A.D.” was a work of fiction that envisioned a world where those of white, English descent were displaced by immigrants. Other unpublished works of Lovecraft were found implicating him of the racism and xenophobic mindset many modern readers accuse him of.

In later life, Lovecraft married Sonia Greene, a Jewish woman his family disapproved of greatly. Despite his wife being Jewish and having an array of Jewish friends and colleagues around him, Lovecraft continued making xenophobic and anti-Semitic remarks throughout his career. One of his most common, recurring themes in his own works were that of miscegenation, or racial impurities. He considered these impurities “degenerate”, and wrote of them at length. However, to get his point across, rather than focus on interracial relationships, he attempted to horrify his readers with situations of inbreeding, cannibalism, and interbreeding with ghastly monsters.

Although the amount of racism and xenophobia decreased in his later works, as late as 1931 he wrote: “The black is vastly inferior. There can be no question of this among contemporary and unsentimental biologists â€” eminent Europeans for whom the prejudice-problem does not exist”. By contrast, Lovecraft’s Dreamland stories exalted dark skinned protagonists. He appeared to have an inclination towards those who were dark skinned and noble as opposed to those who were dark skinned and tribal. He held civilizations such as Ancient Egypt, Greece, and the Roman Empire with high esteem. This confusing mixture left a long lasting controversial side to such a revered writer.

It has been argued that Lovecraft’s views were not necessarily rooted in racism itself, but instead an example of his oft quoted belief that the unknown holds the center of our fears. Living in a time where class systems, language, and science were changing at such a rapid pace, the entire environment was uprooted with fearful unknowns. Despite these arguments from loyal fans, it is hard to dismiss such ignorant and explicit contempt for different races or cultures. These concerns, however, have not reduced his popularity and his vision for horror has surely been an influence for decades.

Again, Lovecraft is a prime example of real life meeting fantasy. The blurred lines between real life horror and that which is created. Which comes first and which is more horrific? Lovecraft’s own life and philosophies are tragic, complicated, and sometimes hateful beyond belief. Upon reflecting on his own life, it adds extra layers of fright to his creepy creature laden stories. Without a doubt, Lovecraft will continue his legacy of creation through other artists. Which leaves us with a final question: What unknown terrors are those artists dealing with?