FDR Survived an Assassination Attempt. You Won't Believe What He Did Next. 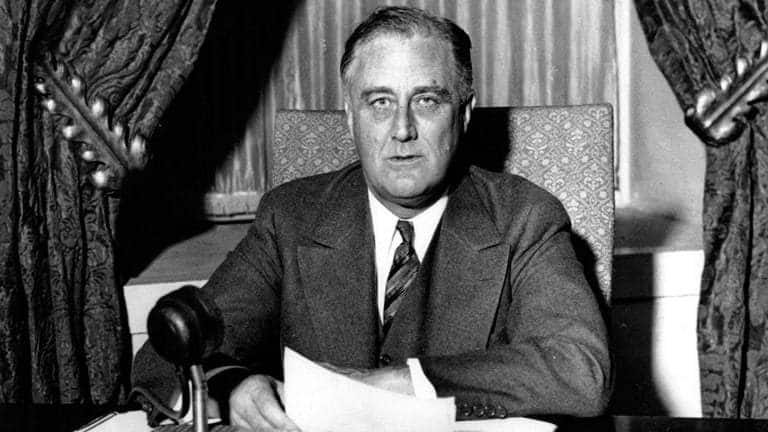 FDR Survived an Assassination Attempt. You Won’t Believe What He Did Next.

Franklin Roosevelt found out just a few days before he took the oath of office in 1933 that the Presidency is a very dangerous position to hold.

There have also been many attempted assassinations of the President of the United states. The first attempt (or at least the first documented attempt) happened in 1835 when an unemployed house painter tried to assassinate Andrew Jackson. Of the 44 people who have held the Presidency (Grover Cleveland served two non-consecutive terms, so gets counted twice), 16 of them have faced an assassination plot or attempt. Of course, four of those attempts were successful.

On February 15, 1933, President-elect Franklin Roosevelt, who was two weeks away from taking the oath of office, was a subject of one of those assassination attempts.

On that night, Roosevelt had arrived in Miami, Florida to give a speech. He had just finished speaking when shots rang out. Giuseppe Zangara had shot five times towards the President-elect, though he had to stand on an unsteady chair in order to see the much taller man.

By the time he had been subdued, four bystanders had been wounded and Chicago’s mayor, Anton Cermak, had been mortally wounded in the stomach. One of the other wounded would also eventually die from her injuries.

Whether Zangara’s aim was off due to the unsteady chair, or if it was because a woman named Lillian Cross hit his arm with her purse, we don’t know. What we do know is that he missed Roosevelt despite being only 25 feet away from the newly elected politician.

So what makes this assassination stand out? Click next to find out!

Most men if they’re being shot at, or have been shot at, are going to try to get as far away as possible, especially politicians. Or at least that is what you’d assume they’d do. After all, even in the 1930s, politicians had a reputation as self-serving, arrogant men.

That isn’t what happened in this case. Instead, once the shooting was over, and Zangara was in custody, FDR ordered the car that he had given the speech in to pick up the wounded and rush them to the hospital. He cradled Cermak’s head on his shoulder and kept the man talking, which doctors claimed prevented Cermak from going into shock. Roosevelt then spent several hours at the hospital, visiting each of the wounded. He returned again the following day.

Now, if you’re cynical, you might suspect that this was all just a politician taking advantage of a tragedy to further his “good guy” image, and it might be, no one will ever know for sure. Or it might just be that FDR was a good man who felt for the people who were injured by a man who wanted to kill him, but had missed his mark.

There are many reasons that people have used to attempt to kill the President. Most of them, sadly, seem to be disassociated with reality in some form or another. Zangara blamed FDR, and in fact all capitalists, for his stomach problems, and begged for the death penalty at his arraignment.

It wasn’t until March 6, 1933 when Cermak succumbed to his wounds that Zangara’s original 80-year sentence was changed to death by electrocution.

During the Great Depression, there was a lot of pressure on FDR to get things right. Even though he hadn’t taken office yet, it isn’t hard to imagine that the pressure of trying to take the nation out of the worst economic crisis ever weighed heavily on FDR’s mind. Yet, he still took the time to help save the lives of people who were injured simply because they were in the wrong place at the wrong time. Political stunt or not, it is not something you can imagine many of today’s politicians doing (or even being able to do because of the Secret Service).