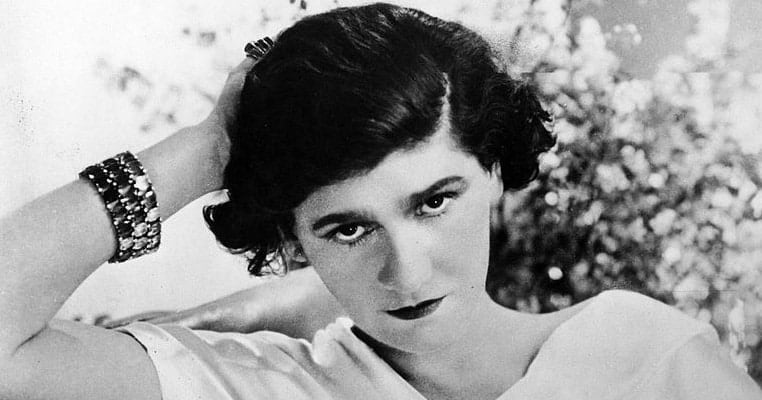 Coco Chanel is remembered for being an inspirational woman whose life is a true rags-to-riches story. She defied all odds from being raised by nuns in a French orphanage to becoming a multi-millionaire whose fashion empire still lives on to this day. She designed clothes, but also came up with the iconic perfume scent of Chanel Number 5, which is still around to this day. Every so often you may or may not hear the rumors that Chanel was secretly a Nazi sympathizer, or that she even worked for the Third Reich as a spy. The truth is just a bit more complicated than that, and after hearing the whole story, there are still more questions about the extent of her Nazi involvement than there are answers.

The Nazi Lover: Was It a Romantic Relationship, or Social Perk?

Throughout her life, Gabrielle Chanel was a very ambitious woman. However, at that time, it was almost impossible for women to get anywhere in business without the help of a man. The one and only way she could get out of extreme poverty was to begin climbing the social ladder. When she was 26 years old, Coco Chanel lived as the mistress of a wealthy duke named Etienne Balsan. Their relationship was strictly sexual, and he was practically ashamed of her, since men of high standing don’t usually reveal their lovers to the world; they are expected to find a suitable wife to make their parents happy. She had to wedge her way into his parties, and this is where she fell in love with an English polo player named Captain Arthur Edward. She lovingly called him “Boy”. They nearly got married, but he tragically passed away in a car accident. She spent the rest of her life continuing the lifestyle of dating for the purpose of climbing the social ladder, like she had before she met Boy. It was almost as if she promised to never love again.

She dated dukes, princes, and other men of high society who could handle the fabulous queen of French luxury without feeling inadequate about their own careers and accomplishments. The one and only downfall to this plan is that every duke or prince eventually had to get married for political reasons, so there was an understanding that she could never get married to any of these men. She seemed to want it that way, maybe so she could keep her heart at arm’s length, rather than wearing it on her sleeve. She never settled down and got married, and continued to have a history of dating men that she knew would benefit her in some way. For a while, she even dated the Duke of Westminster, and she became good friends with the English royal family, as well as Prime Minister Winston Churchill.

Fast forward several years later, and Chanel started dating a German man named Baron Hans Gunther von Dincklage. They were in love, and stayed together for several years. He was living at the German embassy in Paris when he entered a romantic relationship. They both got together before the start of World War II, and before there was a huge stigma against getting into a relationship with a German. So there is no telling if things would have been different in another time or place. Would she have gone out on a date with this guy if he was so openly Nazi from the very beginning? We will never know.

The German occupation of Paris was a terrifying time for most French people, and they often lived in fear of losing everything to the Nazis. People who spoke out against the Nazi government or tried to run away also lost their businesses, and Coco Chanel was never going to give up her fashion empire, no matter what. She and Baron Hans Gunther von Dincklage both lived in the Ritz Hotel, where she had a suite that she lived in as her apartment. Many of the French people had been kicked out of their homes, but her association with Dincklage meant she could keep her Paris suite. The hotel had become a Nazi stronghold where the high-ranking officers lived and held their meetings. This means that she lived among them for a very long time.

All of the records of Chanel’s time spent as a Nazi spy remains in a collection of documents by the French Secret Service. All of the documents are in French, and they are only available in person, but they have been translated and summarized in a book called Sleeping with the Enemy: Coco Chanel’s Secret War by Hal Vaughan. Her spy name was “Westminster”, since she used to date the Duke of Westminster, and her official agent number was F-7124, which is nowhere near as cool as 007, but maybe all of the cool numbers were taken.

French Secret Intelligence figured out that Heinrich Himmler gave her the task of delivering a letter to Winston Churchill, which was nicknamed “Mission Model Hat”. Since she was friends with Churchill, she could actually get close to him without raising suspicions. In the letter, the Nazis were encouraging Great Britain to back down so that they could come to some kind of peace treaty.

So, even though she was working on behalf of the Nazis, Chanel was hardly a cool gun-toting super-spy who assassinated the Allies. And by delivering this letter, she was exposing herself to Churchill. He would have known right then and there that she was in collaboration with the Nazis. Despite him knowing this, he never exposed her after the war. No one knows what kind of private conversation went on between the two of them. Did she say that she was only cooperating in order to stay alive and keep her business? Or was she truly in love, and standing by her man no matter what his political beliefs may have been? Either way, Churchill kept his friend’s secret.

Chanel did actually have a bad experience that would have given her the impression that the stereotypes about Jewish people and money were true. When she first started her business, Chanel partnered with Jewish investors called the Wertheimer family. They insisted on taking a 90% share in her company’s profits in exchange for a start-up loan. When her business was doing very well, she tried to buy back some of the control to the company, but they refused to sell the shares back to her. So, she continued to only make 10% of what the company was truly worth.

She said, “Parfums Chanel is still the property of Jews … and has been legally ‘abandoned’ by the owners. I have an indisputable right of priority. The profits that I have received from my creations since the foundation of this business…are disproportionate.”