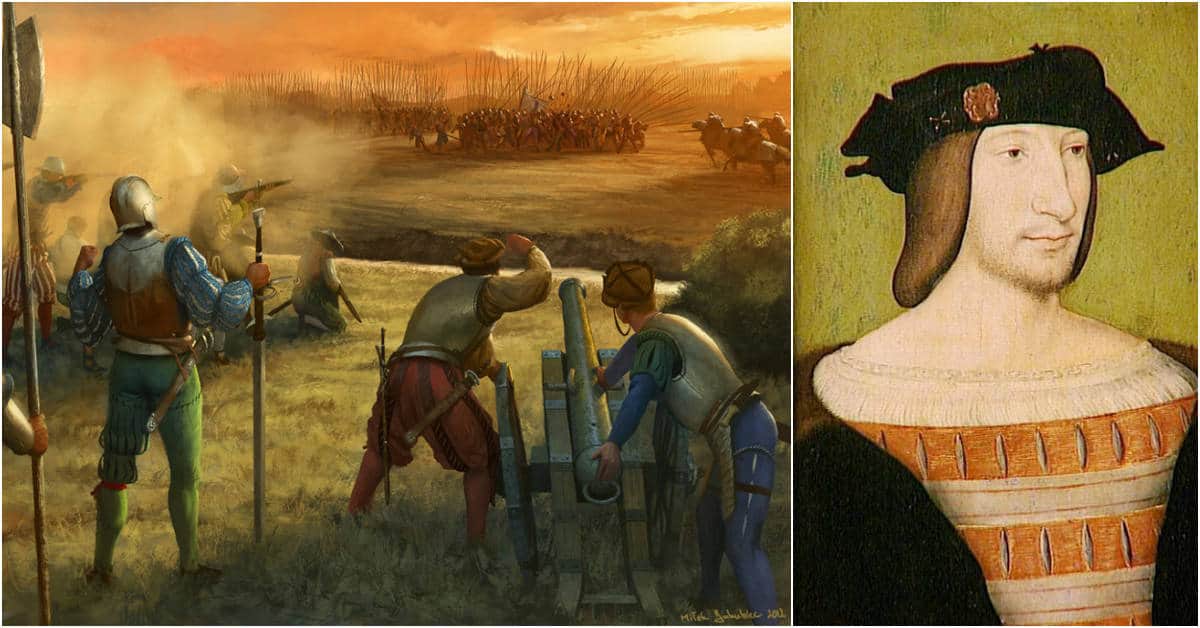 Now, this wasn’t the specific document that laid out Switzerland’s neutrality, but it was the first big factor leading to it. The peace stated that both the French Kingdom and the Swiss would not fight each other, nor would they become involved in wars that might lead to French and Swiss conflict. The Swiss gave up a great deal of land but received a hefty payment from the French for the peace.

The Battle of Marignano opened the eyes of the Swiss, as their relatively small nation just absorbed one of the worst defeats of their history. Within the next decade, the Swiss wouldn’t venture out as a nation but suffered terrible losses as their Swiss mercenaries were defeated in several battles.

At Bicocca, the Swiss infantry was bogged down by mud and artillery fire and their massed formations made an easy target for Spanish hand-gunners. The age Swiss pike dominance was fading. Putting all of this together the Swiss built upon eternal peace with France to pursue a policy of neutrality.

A big exception to Swiss neutrality ironically happened when the French attacked as Napoleon grew his empire. This did coincide with some turmoil and revolution within Switzerland and is the odd outlier in 500 years of active neutrality. During the World Wars Switzerland’s mix of German, French, Italian, and other cultures sparked some tension within the nation but they were still able to maintain neutrality.

Switzerland did defend their airspace during the wars and was known to shoot down planes from any nation if they violated Swiss airspace. They also had quite questionable trading and banking practices, though this is a far cry from breaking neutrality. The Swiss are recognized and aided in maintaining their neutrality by international powers but also through their own land and people.

As mentioned, Napoleon was aided by Swiss uprising, he would have had much more difficulty invading a unified Switzerland. The high passes of the Alps are still a massive advantage even considering modern military technology. And though they don’t have quite the same amount of gun ownership as America, they still have a fairly well-armed citizen population. Swiss neutrality is something we can all appreciate as it is a comfortable constant in a world that has otherwise changed immensely through countless wars in the last 500 years.