“Et Tu, Brute?” 6 of the Most Notorious Traitors in History 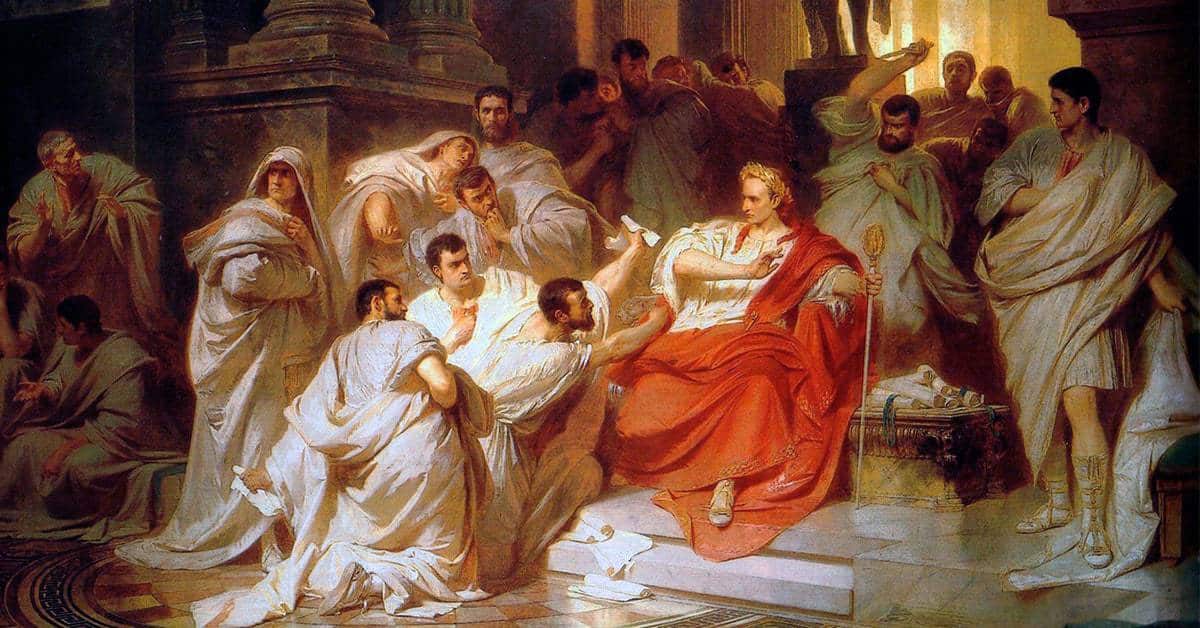 “Et Tu, Brute?” 6 of the Most Notorious Traitors in History

We won’t get too much into scripture here, but we all know that Judas is one of the all-time ultimate traitors. To get the biggest possible question out of the way, most historians agree that Jesus of Nazareth was indeed a real historical person. Judas as well is a true historical person.

Jesus was immensely influential in the Judea province during the reign of the Roman Emperor Tiberius. The Romans were apprehensive at best towards the Jewish population, but the growth of popularity and general intensity surrounding Jesus started getting more attention. The breaking point, however, was when Jesus began to be considered something of a king among the Jews.

The Romans had a complex when it came to kings, ironic because their emperors were basically kings, but the fears went all the way back to the earliest days of Rome. So, when Jesus achieved king status, not that Jesus thought of himself as a king, he was sought for a trial and possible execution.

Judas Iscariot was one of Jesus’ disciples and stuck with his teachings for years. When the Romans began searching for Jesus more intently, Judas decided to make a deal with the Roman governor to hand over Jesus for thirty pieces of silver. The last supper came and went with Judas present and fully planning on betraying Jesus. After the dinner, Judas identified Jesus to the waiting Romans who arrested him in the Garden of Gethsemane.

We all know what happened to Jesus afterwards. Judas reportedly returned his silver, feeling so ashamed of what he had done. The most likely account of Judas after the crucifixion of Jesus is that he hung himself. There are a lot of different interpretations of what happened and how, but most historians agree on most of the events listed here. One could argue that Judas was an essential piece of the puzzle that launched Christianity, but even so, he was no less of a traitor for his actions.

A lot of people are familiar with Benedict Arnold, though many might be surprised to learn that he was a famous hero of the revolutionary war before he decided to become a traitor. Arnold was a true patriot at the beginning of the American War of Independence.

Right at the outset of the war, Arnold headed north to establish bases of control and hopefully sway the Canadians to the rebel cause. In one of the first major actions of the War, Arnold snuck over to the poorly defended Fort Ticonderoga and captured it and all its artillery. Arnold’s idea was genius; though Ticonderoga was a small garrison, its capture hampered communication and inland logistics for the British. The captured cannons also played a role when they were brought to Boston and fired into the British-held town until they forced a retreat.

Arnold then had the idea to attack Quebec City, again a strategically sound choice. Arnold led a winter assault in 1775 that saw hundreds die just from the elements. At the battle, Arnold suffered a terrible injury to his leg. Later he oversaw the construction of a quick fleet to block an advancing British fleet at Lake Champlain. The battle was a tactical defeat for Benedict, but a heroic delaying action that held back British operations for almost a year.

Benedict Arnold thought that he didn’t get enough credit for his actions, and when he saw junior officers being promoted all around him he resigned. He was eventually persuaded to rejoin again but had to serve under General Horatio Gates. The two men despised each other, and when Arnold attacked without orders and secured an impressive victory, in was reportedly Gates who took the credit.

Finally fed up, Arnold took a military governor position in Philadelphia where he married the daughter of a British loyalist. Soon, crippling debt and lingering resentment of his treatment by the American forces led to him offering to turn over the fort at West Point for a substantial fee. Ultimately, the Americans discovered this plot and the whole plan backfired, with Benedict Arnold just escaping to British protection.

Benedict Arnold is remembered as a bitter traitor, seeking personal glory over fighting for his country. He fought in a few minor engagements before heading Britain. His betrayal actually relit the revolutionary fire in America after strings of grim campaigns and battlefield defeats the Americans had something to rally against. Arnold would live out the rest of his life in Britain, getting much less than the agreed upon sum for West Point as the plan was comprised. He could never return to America and he was treated with indifference in Britain as he never really gained much for them before the war’s end.

One of the largest cases of treachery on modern times, the tale of the Rosenberg’s is sad and terrible, and still controversial. The second Red Scare of Communism framed the circus-show of a trial for the Rosenbergs, and though there is controversy, we do know for sure that Julius was a traitor.

Julius got a job as an engineer at Fort Monmouth in New Jersey in 1940. The fort developed guided missiles, radar, and other advanced technology. Two years later he was recruited by a Russian spy handler Alexander Feklisov through communist party connections.

For years, Julius passed classified information to his Soviet spy handler, including plans for the U.S.’s first jet fighter. Ethel’s brother David Greenglass just happened to be working on the Manhattan project during this period as well. He was soon recruited by Julius and began supplying information on Atomic bomb research, while Ethel typed up the reports.

When the Rosenbergs were finally caught and arrested, a group of government officials met in private to discuss the largest and most serious case of espionage in recent history. They decided that they Rosenberg’s spy ring was much larger than it seemed and hoped that they could pressure the two into talking.

Despite not having much evidence against Ethel, the prosecution fought for the death sentence on her as well as for Julius. The fact that the two were/had been members of a communist group fueled the fires for their conviction during a fearful time of the Cold War, but the fact that the Rosenbergs had two young children and Ethel’s guilt was in doubt stirred public sympathies.

The judge, Irving Kaufman, extrapolated the treason into a “crime worse than murder”. The implication was that Russia gained knowledge of the atomic bomb early enough to be aggressive on the world stage, causing the Korean war and thousands of American lives. The treason led to the constant fear of nuclear holocaust as the two rival superpowers seemed a phone call away from launching new and terrifying nuclear bombs.

Through the trial, both Julius and Ethel pled the 5th and refused to talk. Public outcries for clemency failed and both were sentenced to death. It was a sad and only partially just case as the proposed death penalty for Ethel was supposed to be a bluff for more information, and the Rosenbergs called the bluff. Foreign governments, the Pope, and others pleaded for at least Ethel’s life to be spared, but to no avail.

On June 19, 1953, the Rosenberg’s were put to death by electric chair. The fall of the U.S.S.R. brought out more proof that Julius was indeed guilty of serious espionage, and that Ethel was certainly guilty as well, but likely did not deserve the death penalty.