Episodes of Cannibalism throughout History 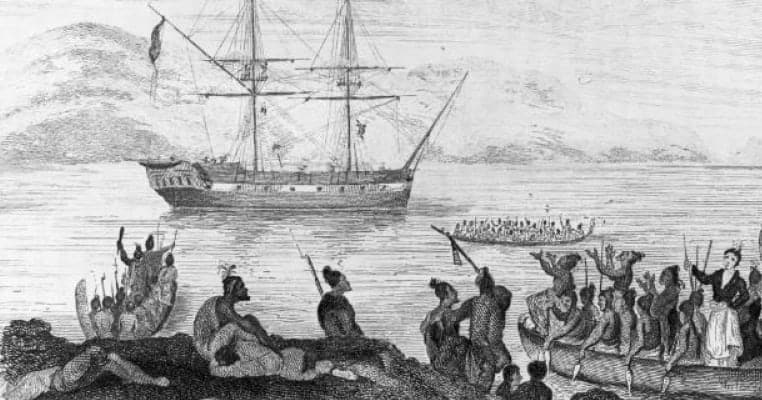 Episodes of Cannibalism throughout History

18. The Boyd Massacre of 1809 led to European ships avoiding New Zealand for a time

The straight grained wood of the kauri trees of New Zealand made them highly desirable for use as replacement spars and masts on the ships plying the South Pacific in the days of sail. In 1809, a brigantine named Boyd arrived at Whangaroa, commanded by John Thompson, and carrying about 70 people (accounts vary) including a Maori named Te Ara, whom the crew called George. George was supposed to pay for his passage by working with the crew, and when he refused to do so he was disciplined in the manner of the sea at the time, placed on reduced rations and flogged. Other accounts state that he was flogged for theft.

When the local Maori chief learned of the flogging, he and his men lured several of the crew away from the ship with a promise of helping them locate suitable kauri trees. The working party was killed, the bodies taken to the Maori village for consumption. The Maori then attacked Boyd, killing all but five of the remaining crew and passengers. In all between 66 and 70 of the Europeans were killed and eaten by the Maori cannibals, the last being the second mate of the ship, who was spared in the initial massacre to be used as a maker of fishing nets for the tribe. Once his usefulness was spent he too was killed and eaten. Pacific whaling ships attacked the Maori village in the aftermath, freeing the four remaining prisoners. It was the largest single reported incident of cannibalism by the Maori against Europeans. It also led to many ships avoiding the waters around New Zealand.

Daniel Defoe placed his hero Robinson Crusoe in danger of being captured and eaten by cannibals in 1719 (Friday was one of the cannibal tribe before Robinson converted him). Jonathan Swift suggested the Irish and English practice cannibalism, with the poor Irish selling their children to the wealthy among the English for food. Swift’s satire suggested that the problems of an Ireland overburdened by starving children could thus easily be resolved. Herman Melville used cannibalism as a dramatic feature in his novel Typee, which was based on his own actual experiences living among cannibals on the island of Nuku Hiva in the Marquesas Islands.

In the 1930s, cannibals became a staple of jungle movies, which continued into the 21st century, though by then the horror genre, rather than adventure and drama, had absorbed most cannibal films. Cartoons featured stereotypical cannibals, as a foil for the animated heroes such as Bugs Bunny and Popeye the Sailor, among others. Originally Pippi Longstocking’s father was described as a King of the Cannibals somewhere in the far Pacific, before political correctness decided that such a description was offensive and dangerous for sensitive children. Numerous video games featured cannibalism, and in some the player may become a cannibal, if so desired.

That Japanese troops throughout the South Pacific practiced cannibalism during World War II is well documented as a result of the investigations of the Australian War Crimes Section of the International Military Tribunal for the Far East (1946-48). According to Toshiyuki Tanaka, an historian and author Japanese cannibalism was “conductedâ€¦by whole squads and under the commands of officers”. The Japanese performed amputations on the living that were medically unnecessary, and ate the limbs thus acquired. In early 1945 five American prisoners of war were killed and eaten by the Japanese on Chichi-Jima, and five senior Japanese officers including a general, an admiral, and a doctor were convicted after the war for the crime and hanged.

Over 100 cases of cannibalism by the Japanese on prisoners of war were documented by the Australian investigation following the war. In some cases it was evident that the Japanese attempted to hide the activity from other prisoners while in others, particularly in camps holding Indian prisoners, the killing and cooking of PoWs was conducted in plain view. Japanese cannibalization of prisoners increased later in the war. Among the documents held in Australia are internal Japanese Army memos which indicate the cannibalization of enemy prisoners was calculated to enhance unit cohesion, not to battle hunger, and the activity was known among the Japanese senior commanders.

“The Wars of the Jews, or History of the Destruction of Jerusalem”. Flavius Josephus. Project Gutenberg. Online

“Journal of a cruise made to the Pacific Ocean”. David Porter, USN. 1822. Project Gutenberg. Online