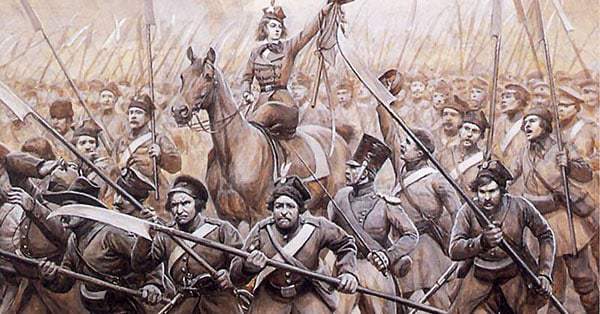 Poland did not exist in 1830. In the late 17th century, Poland was the largest state in Europe. By the late 18th century, it was wiped off of the map of Europe and no longer existed. Throughout its long history, the nobility of Poland trained to become excellent warriors, raising fearful armies that were often victorious. As Poland increased in size from such victories, enemies were made. These enemies, Prussia, Austria, and Russia would gain their revenge by taking advantage of the tendency of the Poles to focus inward, ignoring the political climate around them until forced to by either outside invaders or rebellious uprisings.

Poles take enormous pride in their collective history. The Polish state was founded in 966 CE (common era) when Mieszko I converted to Christianity through the Baptisim of Poland. Within a few centuries, the majority of Poles had converted from their Pagan traditions to Christianity, making the state predominately Catholic. In 1025 the Kingdom of Poland was founded. The most revered King of Poland was Casimir III, who reigned from 1333 to 1370.

Casimir III introduced numerous reforms to his kingdom. A great leader and fighter, he also understood the importance of trade. He improved infrastructure that would make it easier to transport goods from the southern regions of Poland north to the Baltic Sea. He built shipping ports that linked Poland with other European states via the Atlantic Ocean, North Sea, and Baltic Sea.

As his Kingdom grew in importance, Casimir wanted to build a university where men could train to be lawyers who could then ensure the integrity of Poland’s political climate. The university would provide training for teachers to ensure that future generations would know about Poland’s history. Finally, the university would be a place where statesmen could receive training as government officials. Pope Urban V gave the ruler approval to build the University of Krakow, one of Europe’s oldest seats of learning.

Perhaps one of Casimir the Great’s most controversial and later detrimental acts was to extend royal protections to Jews. In 1095, Pope Urban II called all Christians to extend the faith through military action by supporting the Byzantine state. As the Crusades began, Jews, once again, were persecuted for their faith. They were blamed for virtually everything that was bad went wrong such as drought, famine, pestilence, and disease. Casimir encouraged Jews to migrate to Poland, proclaiming that they would not find harsh treatment at the hands of his Kingdom.

In 1569, the Kingdom of Poland cemented its political relations with the Grand Duchy of Lithuania. At the signing of the Union of Lublin, the Polish-Lithuanian Commonwealth was created. With the merging of these two states, they created one of the largest and most populated countries in 16th and 17th century Europe. On May 3, 1791, the Commonwealth finally published its long-anticipated constitution. The May 3rd Constitution created Europe’s first democratic constitutional monarchy that declared all peasants were protected by the government and not simply left at the mercy of the nobility. The May 3rd Constitution became a rallying point during the tumultuous years that followed.

Emilia Plater was born on November 13, 1806. At the time of her birth, Poland had been partitioned three times by the Russian Empire, Habsburg Austria, and the Kingdom of Prussia (later Germany). Poland had simply been wiped off the map of Europe in 1795. Poles had essentially two choices: become loyal citizens to their new rulers or flee. Of those that fled, many went to France, where they played significant roles in the many phases of the French Revolution.

Born into a noble Polish-Lithuanian family, Emilia’s parents divorced when she was just nine years old. She was sent to the home of a distant relative where she was raised. It seems as if she remained in contact with her mother, but her father never saw her again. As with most of the nobility, Emilia was educated on the traditions of Poland, its history, and culture. Counter to many acceptable behaviors of refined ladies, Emilia openly demonstrated her skills as an equestrian and marksman.

When Emilia was 17 years old, her cousin was inscripted (forced) into the Imperial Russian Army as punishment for participating in the annual May 3rd Constitution celebrations. Life under Imperial Russia was not easy for people who were used to a heritage of democracy. All Polish institutions that the Poles valued and had pride in were shut down. Celebrating their history or culture was illegal and viewed as acts of treason against the Tsar.

When Poland was partitioned for the final time in 1795, the timing was curious. In the late-18th century, movements of nationalism, democracy, self-government, and liberty were major themes spreading throughout the world. The Americans had successfully ousted British rule and France was in the early stages of its soon-to-be violent revolution. European states were appalled at the actions of the three great Empires, yet they failed to do anything to prevent the eradication of Poland from the map. The common view for Poles was that it was up to them alone to fight for their homeland and to get Poland back on the map. The Poles would have to go it alone.

Since the last partition, Poles had been committing acts of violence in defiance of their new leaders. Most of the acts were small skirmishes that ended in defeat. On November 29, 1830, an assassination attempt against Grand Duke Constantine failed. With the assassination attempt, an uprising had begun. Commoners and nobility alike took up arms against the much more powerful and better-equipped Imperial Russian Army. The uprising would last over a year.