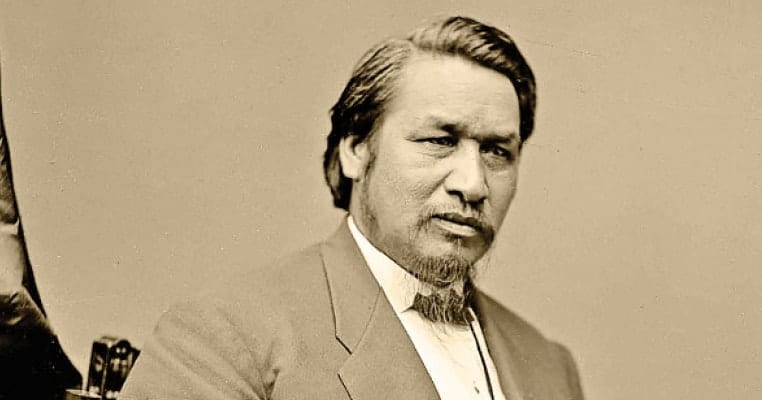 One Door Closes, Another One Opens

With the realization that he could not become a lawyer, Parker decided to turn his sights onto new professional territory, engineering. Just like every other subject Parker had picked up throughout his life, he faced his new adventures head on with firm determination. At first, his focus was with the construction of canals, but in 1857, he was appointed with a new task. The Treasury Department had asked him to manage the development of a marine hospital and custom houses in Galena, Illinois.

It was when he was head of the construction in Galena in which he became friends with another popular historical figure of his time, Ulysses S. Grant. Parker was able to meet Grant because part of his job in Galena was to supervise governmental projects. Therefore, he began working closely with Grant on a couple of projects. Just like Morgan, Grant saw a lot of potential in Parker. In fact, Grant would never forget the determination Parker had, which would also come in handy in Parker’s future career.

When the Civil War broke out in 1861, Parker was quick to form an Iroquois volunteer regiment to help in the Union efforts. However, Parker was quickly turned down, and his regiment did not officially form. Parker then turned his efforts into trying to help the Union Army differently, by joining as an engineer. Again, Parker was turned down and told he could not participate because he was a Native American. But, like many times before, Parker did not let this rejection stop him from his goal in helping the Union efforts during the Civil War.

Ely Parker then turned to his good friend, Ulysses S. Grant, who was involved in the Civil War. Grant, who remembered Parker’s determination and skill well, immediately worked on getting Parker a place in the Union Army. Because Grant’s forces were suffering from a shortage of engineers, Parker gained a spot under General John Eugene Smith. Parker’s first duty during the Civil War was with Smith’s 7th Division during the Siege of Vicksburg from May through July of 1863.

After Grant became commander of the Military Division of the Mississippi, Parker was given a different task. Parker became Grant’s adjutant during the Chattanooga Campaign, and then Parker followed Grant as his adjutant to the United States’ Army headquarters. Parker continued to follow Grant under this title until the Siege of Petersburg when Parker was given the rank of lieutenant colonel as Grant’s secretary. Parker then began writing out most of Grant’s correspondence and orders through the rest of the Civil War.

While Parker wrote much of Grant’s correspondence throughout the last couple years of the Civil War, Parker’s most famous contribution to the Civil War would be the ending of the war. Parker was at the meeting in April 1865, where Confederate general Robert E. Lee surrendered at Appomattox Courthouse. In fact, Parker was the one who wrote the draft of the surrender documents. Of this meeting, Parker stated that General Lee “stared at me for a moment” before extending his hand towards Parker and stating, “I am glad to see one real American here.” Parker noted that everyone was a real American.

After the Civil War, Parker and Grant remained close. On July 1, 1866, Parker was appointed as an officer in the 2nd United States Cavalry. And once again, with the rank of colonel, Parker became Grant’s military secretary. Parker then began to renegotiate treaties with Native American tribes who had sided with the Confederacy during the Civil War. In 1867, Parker married a white lady, and together they had one child. On April 26, 1869, Parker resigned from the United States Army with the rank of brigadier general of Regulars.

One of the first people Grant appointed once he took office in March of 1869 was Parker. Grant had Parker on his team during and after the Civil War and wanted to continue that relationship as Grant knew Parker would do wonders during his presidency. Therefore, Parker was appointed as Commissioner of Indian Affairs, which he served from 1869 until 1871. On top of being one of the first people named by Grant, Parker went down in history as being the first Native American in this position.

Once Parker was done in politics, he turned his sights onto the stock market. Like most everything Parker did in his life, he succeeded in the stocks until the Panic of 1873 when Parker lost everything. In order to support himself and his family, Parker used his connections to gain a position in the Board of Commissioners of the New York Police Department’s Committee on Supplies and Repairs section. However, Parker’s life did not turn after the Panic of 1873, and he died in poverty in Fairfield, Connecticut on August 31, 1895. But while the end of Parker’s life might not have been his greatest moments, he will forever remain a real American in the history books.