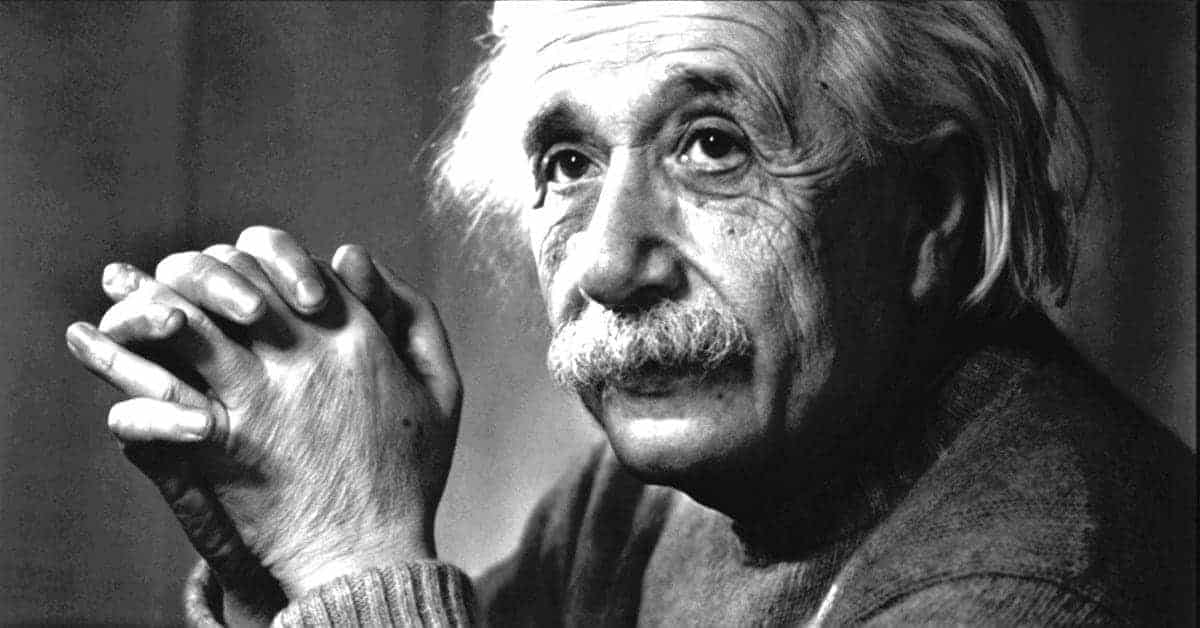 Albert Einstein is known throughout the world as one of the greatest mathematical and scientific minds of the 20th century. He was able to make advancements that were only dreamed of at the time and was instrumental in many theories that guide mathematics and science today. However, for all the brilliance of the man, there was no denying that he was not adept in other areas, particularly when it came to love and family. He had never been successful when it came to women and his relationships with his children were strained at best. He tended to focus on work more than family as that was where he felt comfortable and where he excelled.

It was in 1939 that Einstein really began to lament the choices that had led him without a close family to call upon. At the ripe age of 60, the man spent his days in a small cabin and visiting the store of his friend who had the family life that Einstein envied. Most of Einstein’s friends and family had by now perished in Germany and his wife, with whom he had escaped in 1933, had died from heart and kidney problems in 1936. The years of loneliness were taking its toll and therefore it comes as no real surprise that he sought out some sort of companionship.

It was in 1935 that Einstein met someone that would help ease the pain of his loneliness. Due to Einstein’s fame and Princeton’s pride in having one of the greatest minds in the world at their University, they decided to commission a bust to be made. To create the bust they hired Sergey Konenkova, a Russian sculptor who had made his home in the United States creating magnificent sculptures. This time he was to make a bronze bust of Einstein and the scientist agreed to sit for the sculptor at the request of the university.

But it was not the sculptor or the resulting sculpture that turned Einstein’s head, but rather the sculptor’s wife. Margarita Konenkova was much younger than the scientist but there was little doubt that a relationship was stirred between the two. The work on the bust was extensive and multiple sittings which gave Einstein plenty of time to get close to Margarita at a time when the scientist was distraught over the declining health of his wife and her eventual death in 1936. It is unclear if the pair ever began a romantic relationship prior to the death of Einstein’s wife, Elsa, but by 1945 Margarita held a large piece of Einstein’s heart.

This relationship between Einstein and Margarita was largely hidden, due to the fact that Margarita was married at the time. It wasn’t until 1998 when nine letters that Einstein had written to Margarita between 1945 and 1946 were sold at auction, that the extent of their relationship came to light. Margarita was not new to cheating on her husband as she had also had an affair with Sergei Rachmaninov. But there is evidence to suggest that Margarita’s interest in Einstein had less to do with romance and more to do with picking the brain of the brilliant scientist.

Margarita Konenkova and Sergey left the Soviet Union and traveled to the United States in 1923 to take part in an exposition on Soviet art in New York. The pair made the U.S. their home for the next 22 years while also traveling throughout Europe. Their travels made Margarita into a cultured, well-rounded and intelligent woman with the ability to speak several languages. At times, she stayed behind while her husband traveled or became engrossed in his work, often spending time with the intellectuals at Princeton. She eventually became the companion of many great men.

After spending time with many great scientists, politicians and even getting invited to the White House and entertaining the First Lady, she set her sights on Albert Einstein. She was only 46 and much younger than the 63-year-old Einstein and therefore her invitation to Einstein in 1941 to spend a weekend with her was as surprising to him as his acceptance was to her. From that moment on the pair became very close and remained close up until the end of the war. Einstein became so close with Margarita that the pair even took pictures together and he introduced her as his companion, despite the fact that she remained married to Sergey. But Einstein’s last love held a dark secret that would have devastated the aging scientist.

When the letters surfaced there was an immediate attempt by the people at Sotheby’s Auction House (who were set to auction the letters) to learn more about the woman who had so captured Einstein’s heart. His love for her and his depression over his absence (after she returned to Moscow) can be felt in every word. He writes that everything reminds him of her, that he cannot wash his hair with the same gentle touch that she does or that he cannot even look at the shawl she wore or the dictionaries on his shelf. Needless to say, it was a shock that the man who had engrossed himself in his work to the isolation of his family had fallen madly in love with a woman who was 20 years his junior.

It was on a search for more information that Margarita Konenkova’s name was discovered in a book written in 1995 by Soviet spymaster Pavel Sudoplatov and his son Anatoly. The book, entitled “Special Tasks,”‘ detailed a special task that was given to Margarita Konenkova who operated under the codename “Lukas“. She was supposed to use her position to get close to prominent scientists she met while at Princeton and to pay special attention to scientists who were believed to be involved with the Manhattan Project.

This order would explain her relationship with Robert Oppenheimer who was known to be part of the Manhattan Project. Einstein, though he was well respected and a celebrity at Princeton, was never directly involved with the Manhattan Project. However, it would be remiss to suggest that his work had nothing to do with the advancements that led to the creation of the first atomic bomb. Without his initiative or his breakthrough E=MC2 the atomic bomb might not have been created in time to end World War II.

So if Margarita Konenkova was a Soviet spy there was plenty of reason why she might want to cozy up to Einstein. Getting him to switch sides was hardly possible though because the scientist had no love for Stalin or his Soviet Union. The most Margarita could do was get him to sit down with the Soviet Vice-Consul on the pretext of getting Margarita clearance to return to Moscow. Margarita told Einstein that the only way the Soviet Vice-Consul would grant her request was if they could have the chance to meet him. So Einstein sat with the Vice Consul for an hour and Margarita eventually returned home to Moscow where she would outlive both Einstein and her husband.

Did Einstein ever conspire with his beloved to help the Soviet Union? At the time Albert Einstein was being closely watched by the FBI. After all, he was an essential part of the Manhattan Project, albeit indirectly and he had ties to Germany. There were concerns that Einstein might harbor ties to Germany or that he might be taken and used against the United States. To that end, there are over 1,400 pages of documents on Einstein kept by the FBI that detail their surveillance of him from 1933 until 1955 when he died. The FBI always kept tabs on where he was and anyone suspicious that he might have been involved with.

To her credit, the FBI never flagged Margarita Konenkova as a problem. The files kept by the FBI never even mention Albert Einstein’s visit to the Soviet Vice-Consul. While the United States and the Soviets were tentative allies during the war the underlying tensions between the two countries never faded. Both sides had spies and the United States knew that the Soviet Union had a desire to create their own atomic bomb. Therefore any suspected spy in contact with Einstein would have been a major red flag for the FBI. It remains striking that there was never a mention of Einstein’s interaction with the Vice Consul but Margarita’s cover story might have been enough to convince everyone.

In the letters, which were written in German, there is never any indication that Einstein believed her to be a spy. His only focus was on their time together and the love he believed that he shared with her. The truth about Margarita’s own feelings toward him are unknown as she never returned to the United States after reaching Moscow and there have been no letters of hers discovered. As of yet, there is no evidence that she ever garnered useful information from Einstein to bring back to the Soviet Union and it is possible that dead-end that brought her back to Moscow after 22 years.

History Channel – 9 Things You May Not Know About Albert Einstein

Dummies – Getting to Know Einstein’s Wives

NY Times – Dark Side of Einstein Emerges in His Letters

Time Magazine – Does Einstein’s First Wife Deserve Some Credit for His Work?

Medium – How Einstein’s Scientist Wife Turned into His Shadow

Russian Beyond – Einstein’s Love, Stalin’s Agent: How A Russian Woman Won Over the World’s Greatest Mind

National Geographic Channel – Why the FBI Kept a 1,400-Page File on Einstein