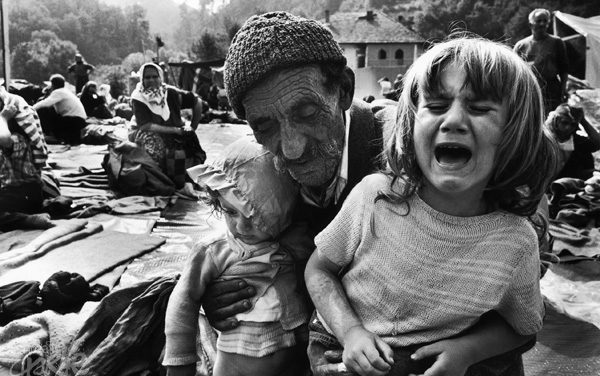 While not widely described as a genocide, the Rape of Nanking was a massacre of epic proportions that claimed the lives of hundreds of thousands of Chinese. In December of 1937, the Second Sino-Japanese war was in full swing and the Japanese were furious that the war was dragging on, as they had bragged they would conquer all of China in just three months. 50,000 angry Japanese soldiers marched into Nanking where the Chinese forces were ill-prepared for the Japanese assault. It took just 4 days of fighting for the Japanese to overtake the substantially larger Chinese force, and they entered the city on December 13.

Once they entered the city, the Japanese troops were given a simple order; “Kill all captives.” The Japanese troops first went for the 90,000 Chinese soldiers who had surrendered. The POWs were trucked to the outskirts of the city where they were tortured and executed. Once all of the captured soldiers were dead the Japanese returned to the city and moved on to the women. Women and girls of all ages were gang-raped and then killed by the soldiers. Anywhere from 20,000 to 80,000 women suffered this fate.

The Japanese soldiers turned the city into a sadistic playground. Torturing anyone they pleased, forcing families to commit sex acts on each other, locking people inside burning buildings, and firing machine guns into crowds. For six weeks, the Japanese soldiers were left unchecked to kill, rape, torture, steal, and destroy whatever they wished. At times the soldiers would amuse themselves with killing contests to see who could decapitate the most people before throwing the corpses into mass graves.

As many as 300,000 died in the massacre. Those that survived did so because 20 Westerners, armed with little more than Red Cross flags, secured a 2.5-mile square in the center of the city. They declared the space the International Safety Zone and refused to allow the Japanese to enter. Only those Chinese who made it to the safety zone lived.