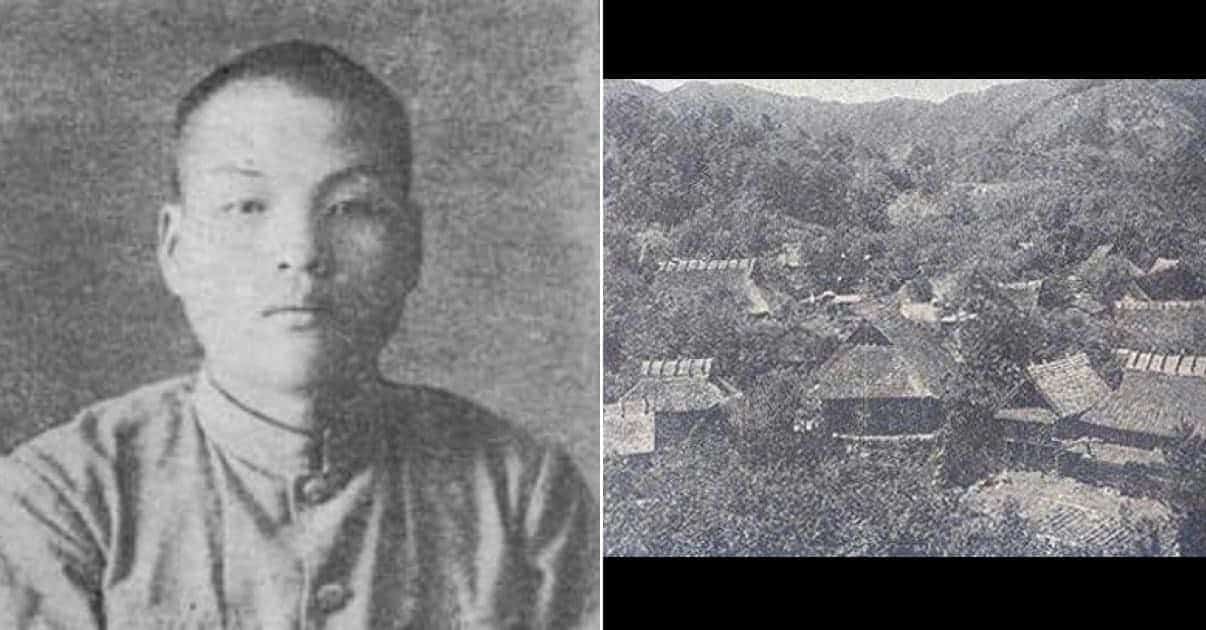 Unfortunately, there is an increasing number of massacres perpetrated around the world. The United States has been the scene of several high-profile mass killings including the recent tragedies in Las Vegas and Texas. However, other nations around the world have also felt the wrath of crazed lunatics who seemingly â€˜snap’ and butcher as many innocent civilians as they can find.

Scotland was horrified when Thomas Hamilton killed 17 people (16 children and a teacher) in Dunblane in 1996. A shocked public petitioned for the ban on private ownership of guns and two new firearms laws were passed to restrict private gun ownership in the United Kingdom. Australia was devastated when Martin Bryant killed 35 people in Port Arthur in 1995 and Norway mourned when Anders Breivik murdered 69 people. The list goes on and on.

Similarly, Japan united in grief in 1938 when Mutsuo Toi went on a murderous rampage in the village of Kamo which is located close to Tsuyama. It was a shocking act, committed by a mentally ill man who believed the village’s inhabitants were cold towards him because he was diagnosed with tuberculosis the previous year. As such, it was a revenge killing spree which he carried out with a shotgun, ax, and a traditionally made Japanese sword called a katana. At the end of his spree, Toi had killed 30 people before committing suicide. At the time, it was the second-largest killing spree by an individual in modern history behind the 1927 Bath School Disaster.

Mutsuo Toi was born on March 5, 1917, in Okayama Prefecture. Although he came from a relatively wealthy family, he experienced tragedy at a young age when both of his parents died from tuberculosis when he was still a baby. As a consequence, both Toi and his sister were raised by their grandmother.

It is probable that Toi and his sister had a close relationship because, when she got married and left home in 1934, he transformed from an outgoing young man into someone who was socially withdrawn. His behavior quickly degenerated. Soon, Toi began participating in the bizarre and creepy practice of Yobai (night crawling).

Yobai is an ancient Japanese custom practiced by young men and women to discover how sex works. Young men would sneak into the woman’s bedroom at night and make his intentions known. If the woman consented, they would have intercourse. The couple would spend the night together in silence and the man left in the morning. While the girl’s parents knew about the situation, they pretended they didn’t. In rural Japan, it was normal for men and women to find a spouse through Yobai.

The deranged ideas did not end there. Toi became endlessly fascinated by the story of a prostitute named Sada Abe who murdered her lover, cut off his penis and testicles, and carried them around in her kimono in 1936. He began reading Abe’s testimony in January 1937, and started writing a novel. Perhaps Toi’s interest in the case wasn’t a red flag to those around him since the trial of Abe became a national sensation. She was imprisoned for five years and wrote an autobiography. Meanwhile, Toi was slowly, but surely, becoming unhinged. But it was a diagnosis of death that tipped him over the edge.

Toi was diagnosed with tuberculosis, the same disease that killed his parents, in May 1937. At that time, it was regarded as a deadly condition and as a result, the women of the village began rejecting his sexual advances. Although he did have sex with some women, Toi believed they hated him because of his hypersexuality. Toi was clearly enraged at the fact he was unable to take part in Yobai, and he began feeling lonely, isolated and ostracized.

Toi believed that the disease was likely to claim his life, in desperation, he started plotting his revenge against the people of the village who he believed had wronged him. In his suicide notes, he wrote about how tuberculosis turned him into a social pariah. With a death sentence hanging over his head and a lack of companionship, Toi probably felt as if he had nothing to lose. It is likely he contemplated the gruesome rampage sometime before it happened and may have begun collecting weapons weeks or even months before the massacre.

In the notes, Toi complained that his neighbors started treating him poorly after they found out about his diagnosis. He decided to kill as many people as possible. But he wanted to wait until the women of the village returned to their homes. According to his writings, Toi regretted the fact that he couldn’t shoot everyone because it would involve killing people he regarded as innocent. Finally, he wrote that his grandmother had to die in the massacre because he didn’t want her to live with the shame of what he did.

One of the most tragic aspects of the Tsuyama Massacre was that it could have been prevented. Toi’s deteriorating mental and physical health was well-known around the village, and there seemed little question that he was a man on the edge. None of the villagers could have predicted him committing such an evil act, nonetheless, the police had the chance to arrest Toi and failed to do so.

In reality, Toi wanted to commit the massacre several days before he finally got his wish. He made no secret of his hatred for certain people in Kamo and openly spoke about his plan to several neighbors. They were concerned enough to contact the police who came to Toi’s house and confiscated a gun he had in his collection. Now that he realized there was no one he could trust, Toi kept his mouth shut and purchased a Browning shotgun.

Oddly enough, no one knew where Toi managed to acquire the second gun, but he determined to use it in one of the worst individual killing sprees Japan has ever seen. Perhaps he already had the gun and managed to hide it from the authorities. Hindsight is 20/20, of course, but many believe the police should have locked Toi up for breaking the law – in turn, saving countless lives.

Toi carefully planned his killing spree to guarantee maximum carnage. He secretly prepared his weapons which consisted of a shotgun, ax, and sword and waited until night time to begin. On the evening of May 20, 1938, Toi cut the electricity line to Kamo, so the entire village was in darkness; then he waited.

The first life would soon be claimed. At approximately 1:30 am on May 21, Toi started his rampage by cutting off his grandmother’s head with an ax. Next, he strapped two electric torches to his head and began creeping through the village like a young man who was participating in Yobai. While most modern day massacres are over in a matter of minutes, Toi was able to wander through his village indiscriminately killing his neighbors with his sword and shotgun for what must have seemed like an eternity.

Overall, the Tsuyama Massacre lasted a total of 90 minutes. In that relatively short time, Toi killed 29 neighbors, bringing the death toll to 30. While 27 people died instantly, two of them suffered severe injuries and died from their wounds later on. To put the slaughter into grim perspective, Toi murdered approximately half the population of the village. It seems as if Toi specifically targeted the people he believed had insulted him. Otherwise, he may have killed every single occupant.

Like a significant proportion of spree killers, Toi didn’t wait to receive punishment. At dawn, he shot himself in the chest with his shotgun. While the Tsuyama Massacre was finally over, it utterly destroyed a small community. Toi left nothing but carnage and devastation in his wake and memory. Despite the intervention of the police just a few days before the slaughter, Toi was still able to get his hands on weaponry. His determination to obtain revenge led to the second-largest massacre in modern history at that time.

In fact, there wouldn’t be a more devastating killing spree until 1982 when a South Korean policeman named Woo Bum-kon killed 56 people and wounded 35 more in Uiryeong County. On that day, Woo argued with his live-in girlfriend and reported for duty at the police station. A few hours later, he returned home, beat his girlfriend and went to a reservist’s armory where he gathered guns and hand grenades.

Woo began killing people indiscriminately and covered several kilometers during his spree. When the dust settled, 56 people lay dead, and Woo committed suicide like Toi. Unlike Toi, there was seemingly no reasoning behind Woo’s deadly deed only for the fact that he suddenly â€˜snapped.’ Unlike Toi, there was no planning; it was just a case of a man going berserk and taking the lives of as many people as possible.

Oddly enough, a film called Doomed Village was released the year after Woo’s killing spree. It was based on the true story of the Tsuyama Massacre, and the film’s synopsis describes Toi as an “emotionally distraught man” who goes on a killing spree because tuberculosis prevented him from serving in World War II.