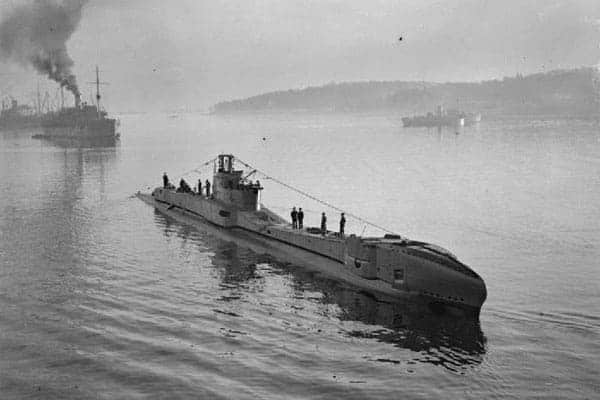 The Olterra and Midget Submarines

The Olterra was a 5,000-ton Italian tanker that happened to be in the Bay of Gibraltar on June 10, 1940, the day Italy entered into World War II. That day the Italian ship was sabotaged and partially sunk by British commandos. The Olterra remained where it was in the Bay and became an observation post for the Italians as they carried out human torpedo missions from Villa Carmela. From July to September 1942 combat swimmers from Villa Carmela were able to take out five merchant ships.

It was about this time that Lieutenant Licio Vistintini had the idea of turning the Olterra into a secret mother ship for the maiali. Maiale (“pig” in Italian) was the nickname for the manned torpedoes used by the Italians. A team of Decima who designed themselves as civilian Italian workers took control of the tanker. They towed the ship to the nearby Spanish city of Algeciras in order to perform “repairs” so that the ship could be sold to a Spanish owner.

Once the ship was at the docks, the cargo holds and boiler room was modified to support the building and maintenance of human torpedoes. There was also an observation station built into forecastle to watch the Bay and keep tabs of the Allied ships there. There was also a scene of civilian workers in place outside the ship in order to convince both the Spanish and the British that there was nothing suspicious going on. A sliding hatch was built six feet before the water line that allowed the miniature submarines to exit the ship.

The first mission took place in December 1942. Three subs were launched with two men in each. Three of the men died and two were taken captive. They told the British they had come from a submarine and therefore kept the Olterra from being exposed. Another mission in 1943 was successful in sinking three cargo ships. Another mission that same year sunk another three ships. The British never realized where the mini submarines were coming from until the Italians surrendered and told them.