Death of a Dictator: Was Stalin Murdered? 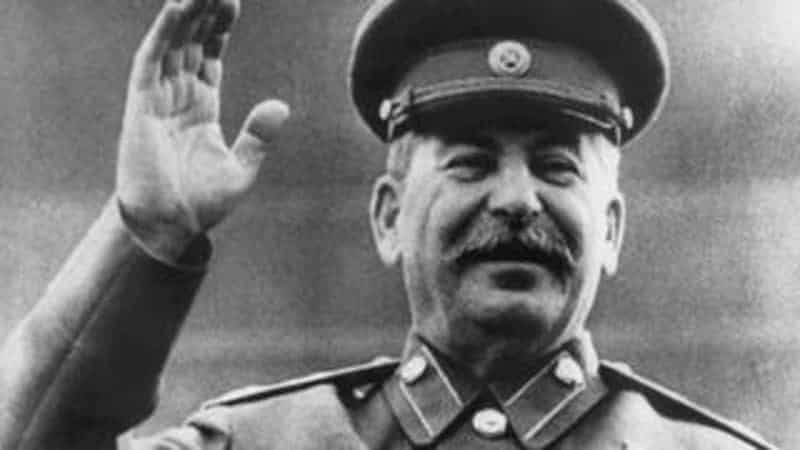 Death of a Dictator: Was Stalin Murdered?

That Joseph Stalin is one of the most evil men ever to walk the earth is not in dispute. The Soviet dictator was responsible for anywhere between 20 million and 60 million deaths. His death, however, is shrouded in mystery, as there is a suggestion he was poisoned and didn’t only die from natural causes after a cerebral hemorrhage, as is commonly believed. Certainly, Stalin had an incredible number of enemies, but it was assumed that everyone was too scared to act.

Stalin’s health was failing long before his death on March 5, 1953. By the end of 1945, he had atherosclerosis, a mild stroke, and a severe heart attack. He grew increasingly paranoid and brutal as his reign progressed, and he saw enemies everywhere. In 1952, Stalin’s doctor told him to take things easy because his health was in steep decline, but the dictator had him arrested instead. By the early 1950s, he was making things up as was evidenced by the alleged Doctor’s Plot of the 1940s. Kremlin officials, acting on his orders, created a fictional collusion by top doctors to kill the leading Communist officials.

When the plot was revealed to the Soviet people in January 1953, Stalin had spun it into a vast conspiracy involving the Jews and the United States. He claimed they were acting on the orders of the USSR’s Cold War enemy to try and destroy the Soviet Union. In February, he ordered the construction of four massive prison camps in Siberia, the Arctic, and Kazakhstan to house millions of Soviets with Jewish descent. Fortunately, this plan never came to fruition because Stalin died the following month.

Regardless of whether he was poisoned or not, Stalin only had himself to blame for his failing health. On February 28, 1953, Stalin and his inner circle had a typical evening; they watched a movie at the Kremlin before returning to Stalin’s country house where they feasted into the early hours.

Stalin went to bed but gave an unusual order; he told his guards to retire for the night and not to disturb him. This hardly ever happened because the dictator was usually obsessive about his personal security. According to testimony from one of the guards many years later, the head of security, Khrustalev, gave the order claiming it came from Stalin.

The tyrant generally woke and asked his guards for tea at 10 a.m., but on the morning of March 1, 1953, he didn’t issue the order. The guards grew increasingly worried as Stalin failed to communicate, but no one dared enter the room without his expressed permission. A light came on at 6:30 p.m., but there was still no sign of the dictator. Eventually, one guard summoned the courage to enter the room at 10 p.m. only to find his leader on the floor in a puddle of his own urine. Stalin was unable to speak or move, and his watch broke when he fell; this seemingly happened at 6:30 p.m.

Under normal circumstances, you would expect the guards to call a doctor immediately. However, the guards didn’t believe they had the authority to do so. Instead, they called the Minister of State Security who told them to phone Beria, the head of the NKVD. Incidentally, Stalin recently imprisoned most of Russia’s best physicians. No doctor arrived until 7 a.m. the following morning. The reason for the delay is unclear; perhaps Beria was scared of appearing to impinge on Stalin’s powers if the dictator recovered, or maybe he hoped the leader died so they could avoid carrying out the latest planned purge.

When the physicians eventually arrived, they found Stalin in terrible shape. He was vomiting blood, partially paralyzed, and he found it hard to breathe. The new doctors sent representatives to prison to consult the old physicians, and they confirmed the gloomy diagnosis. The Soviet leader suffered immense agony for several days before dying at 9:50 p.m. on March 5, 1953. At the funeral in Red Square four days later, the crowd was so large that several people were crushed to death.

Although a cerebral hemorrhage is still the most likely cause of death, the possibility that he was poisoned cannot be discounted. Warfarin was a relatively new drug in the 1950s, and the symptoms displayed by Stalin could certainly have been caused by a 5-10 day dose. There was no shortage of people with motive. While leading Politburo members openly praised Stalin, they were privately relieved when he died.

Speculation suggests Khrustalev was the culprit and acted under the orders of Beria. Another theory says that one of the four men he dined with on February 28 administered the deadly dose. It is possible they used Stalin’s fearsome temper against him. A poisoner would know that the best doctors were in prison and no one would be in a rush to arrive to help or examine him. His poor health means a murder of this nature could be easily concealed. It is odd that the guards were ordered to bed on the fateful night and, even accounting for their fear, it is surprising that the officials took so long to react.

A more far-fetched theory is that Yugoslav leader Marshal Tito had Stalin murdered. The Russian leader tried to have Tito assassinated on no fewer than 22 occasions. Tito reportedly told Stalin that if he didn’t stop sending killers, he would send one to Moscow and wouldn’t need to send another one. Joze Pirjavec wrote ‘Tito In Tovarisi’ and claims Stalin was murdered by potassium cyanide; he suspects Tito of ordering the murder. However, there isn’t much evidence to back up these claims.

There was also no shortage of reasons for murdering Stalin. The forthcoming purge was unpopular amongst his officers, and they were unquestionably tired of living in fear. Those closest to Stalin were afraid that his increasingly erratic behavior would ultimately result in World War III. Any assassination would need to be kept secret because Stalin’s Cult of Personality meant most Soviets revered him, at least in public.

Ultimately, we will never know the answer for sure, but there is a decent chance that the infamous Soviet dictator died at the hands of his own men. Who knows what would have happened had Stalin lived even five years longer?