A Meteorologist's Mistake Cost Thousands of Lives During the Deadliest Hurricane in U.S. History 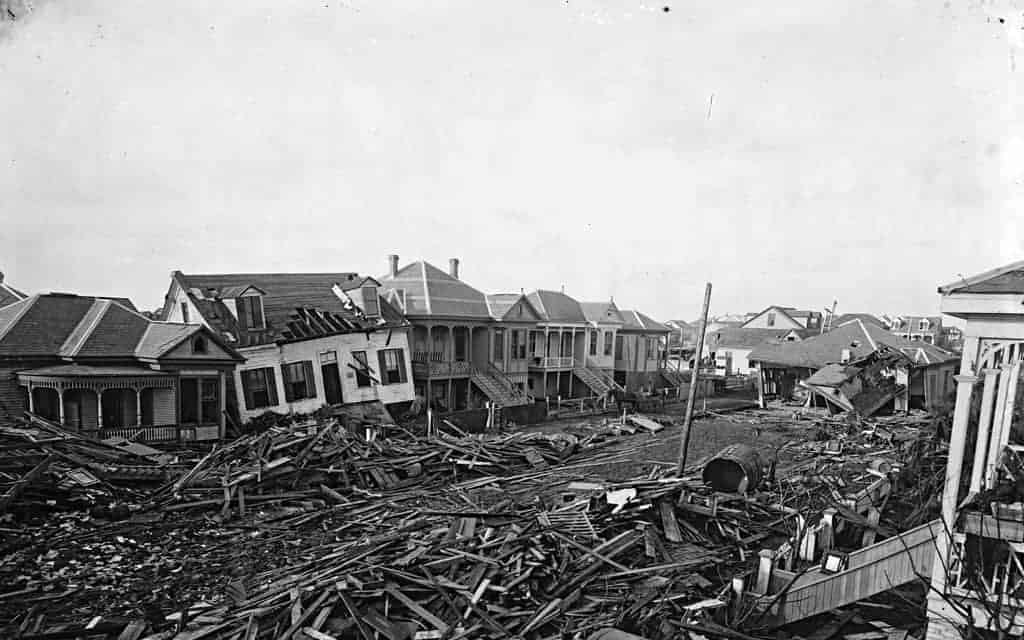 A Meteorologist’s Mistake Cost Thousands of Lives During the Deadliest Hurricane in U.S. History

Looking to that light among such devastation was difficult. Almost every building was decimated. The stench of dead bodies was suffocating. There were too many corpses, and the ground was too saturated to bury them. The safest option was to weigh them down and dump them into the sea, but the bodies quickly came back ashore. To prevent the outbreak of disease, they had to be burned.

As the people of Galveston began to rebuild, they realized that they could no longer live in their city without the safety of a seawall. In November 1901, a group of engineers gathered to make a plan on how to build the seawall and raise the city to prevent the massive flooding in the event of another massive hurricane. The people of the city decided to invest money into it again: not to build it, but to protect it, and they did it without any government assistance.

Mother Nature is always unpredictable: the disaster of 1900 was just the beginning. The seawall has proved over and over again to have been worth the time, money, and resources: it saved Galveston from severe damage during the hurricane that struck in 1915, Hurricane Carla in 1961, and Hurricane Alicia in 1983. Although the repairs prevented a repeat of the 1900 tragedy, Galveston never recovered the elite status it enjoyed before the disaster. Many of the entrepreneurs pulled out after the storm and invested their money in Houston, which turned it into the metropolitan area it is today.

Although Galveston’s star has faded, we cannot overlook its importance. The Great Galveston Hurricane is the deadliest hurricane in U.S. history, claiming over 6,000 lives, although that number could be as high as 12,000. The only storm in recent memory that compares is Hurricane Katrina in 2005, which claimed almost 2,000 lives, making it the third deadliest hurricane in U.S. history. The disaster of 1900 is also important to the development of meteorology and storm preparation.

New technologies developed, which led to new ways of tracking storms, to prevent another Galveston from happening again. Evacuation protocols and emergency planning are a way of life during hurricane season on the Gulf Coast. Today, as we watch the forecasted track of the next storm headed our way, we see the results of those developments that have saved countless lives over the years, a lesson learned from the thousands lost at Galveston in 1900.