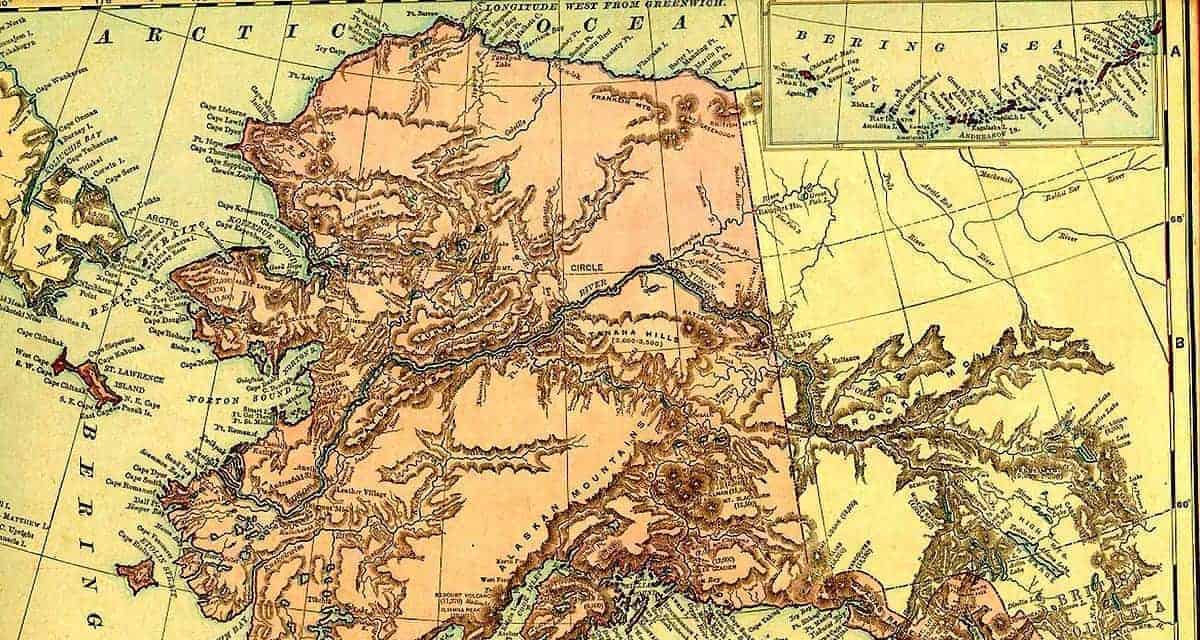 This Day In History: The USA Secures Alaska From Russian (1867)

On this day in 1867, the United States obtains control of Alaska. They had purchased the huge territory from the Tsar of Russia, who had technically controlled the region since the eighteenth century. The United States had formally taken possession of Alaska after paying the Russians some 7 million dollars. The deal between Russian and America valued Alaska a two cents an acre. The Alaska deal meant that the United States secured some 600,000 square miles, about twice the size of the state of Texas. The architect of the deal was the American Secretary of State, William Henry Seward. He was committed to expanding the territory of the United States and he persuaded President Andrew Johnson to sanction the deal.

Moscow had long since lost interest in the Alaskan territory because it was sparsely populated and was a great distance from Russia. There were many in Moscow who believed that the Americans could take it if they wanted. Then Moscow was worried that the British in Canada could also annex the territory. The Tsar and his ministers believed that the best approach would be to sell the territory to the Americans rather than possibly lose it in a war. They preferred to sell it to the Americans than the British who were long-time rivals of the Russians and who had only fought a war with them twenty years previously.

Negotiations between Seward and the Russian minister began in March 1867. The talks about a possible sale were not popular with the American public who regarded it as a colossal waste of money, believing that the territory was barren and worthless. It was called ‘Seward’s Folly‘ in the press. The public disliked President Andrew Johnson and every decision he made was usually met with derision. Johnson was seen as failing to ensure that the Reconstruction of the South was a success. The Republican party even tried to impeach him and he only survived by one vote.

However, Seward and Johnson were soon proved to be right over their decision to purchase Alaska. In the year following the purchase, some prospectors found deposits of gold in a tributary of Alaska’s Klondike River in 1896. This sparked the Alaskan gold rush. Soon the territory was flooded with prospectors looking for gold and the population expanded greatly. In later years the people of Alaska developed the state’s rich natural resources such as fish and minerals. Oil was discovered in the state in the twentieth century.

Alaska became the 49th state on January 3, 1959. The Alaskans are grateful to the man who drove the purchase of the state and a holiday is named after Secretary Seward. ‘Seward’s Day‘ is celebrated on the 30th of March every year. Alaska Day is observed every October the 18th and marks the anniversary of the formal transfer of Alaska from Russia to the United States. Alaska became a state in 1959.