This Day In History: Washington Tried to Persuade Hessian Mercenaries to Desert (1776) 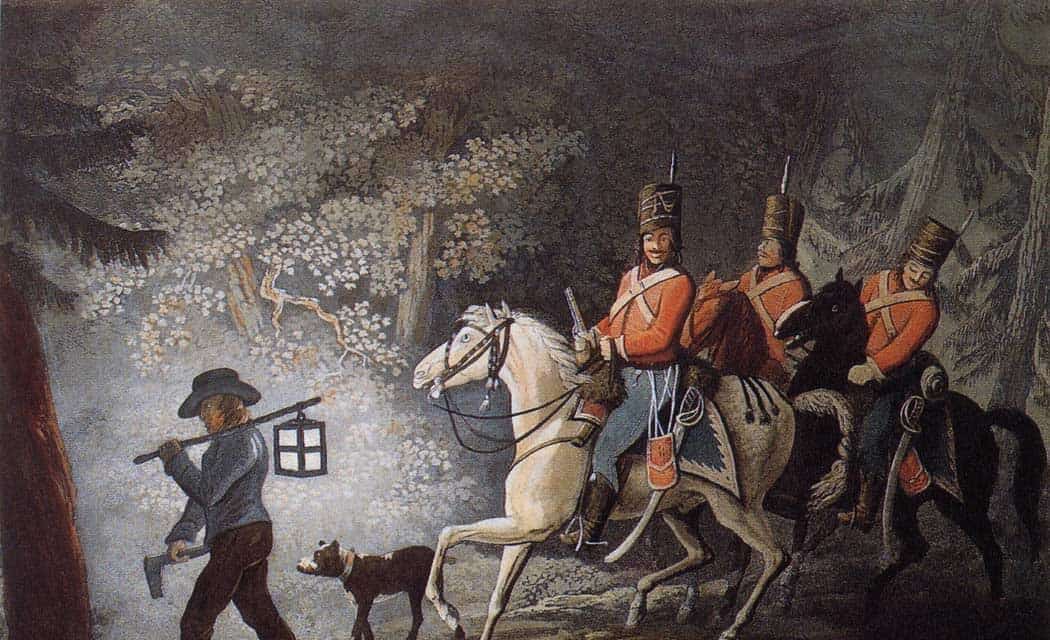 This Day In History: Washington Tried to Persuade Hessian Mercenaries to Desert (1776)

During a campaign in the New York area, in 1776, George Washington plans to weaken the British Army. He decided to adopt a strategy of encouraging German mercenaries to desert the British. He had papers distributed, promising safe passage to the Hessians home or even the opportunity to settle in America if they deserted the British. The US Congress authorized the offer of 50 acres of farmland to individual Hessian soldiers to encourage them to desert the Red Coats. The Congress also offered British soldiers acres of land if they deserted to the Patriot side. The Americans also used propaganda to undermine the morale of the Hessians.

Washington had first tried to persuade the Hessians or German mercenaries to the Patriot side the previous May. He came up with the following plan. He would raise units of German Americans to use against the German mercenaries. He hoped that fighting against German-Americans would make the Hessians desert or demoralize them and reducing their effectiveness as a fighting force. He wanted, in his own words to instil “a spirit of disaffection and desertion” in Britain’s mercenaries. However, Washington’s plan had a fatal flaw. The Germans living in America actually spoke a different dialect to the Hessians. The Hessians could hardly understand the German Patriots!

It was estimated that about one-quarter of Pennsylvania’s population was German-speaking. Significant German-speaking populations also lived in Virginia and the Carolinas, as well as well as New York. The majority of them came from South West Germany and although they were Lutherans, like the Hessians they had little else in common with their fellow Germans. At this time there was little sense of a German nation identity. In addition, many German Americans remained neutral during the revolution, unwilling to oppose the empire that had offered them the opportunity to enjoy freedom in a new land.

In August 1777, a satirical pamphlet, possibly written by Benjamin Franklin, entitled “The Sale of the Hessians”, was widely distributed. It stated that the Hessians commanding officer wanted more of his soldiers dead so that he could take their wages. The Americans were especially eager for the Hessians to desert as they were good soldiers who were well-trained and very disciplined.

About 30,000 Germans, mainly Hessians served in the America during the Revolutionary Wars. When the war ended in 1783, about 17,000 returned to their homes in Germany. It is believed that some 7000 died in the war of these some 1,200 were killed in action, and 6,500 died from disease and illness. This was typical of the wars of the time when more soldiers died from disease than from the actual fighting. Some 6,000 German troops settled in North America, after the war.