This Day In History: The Battle of Tannenberg Begins (1914) 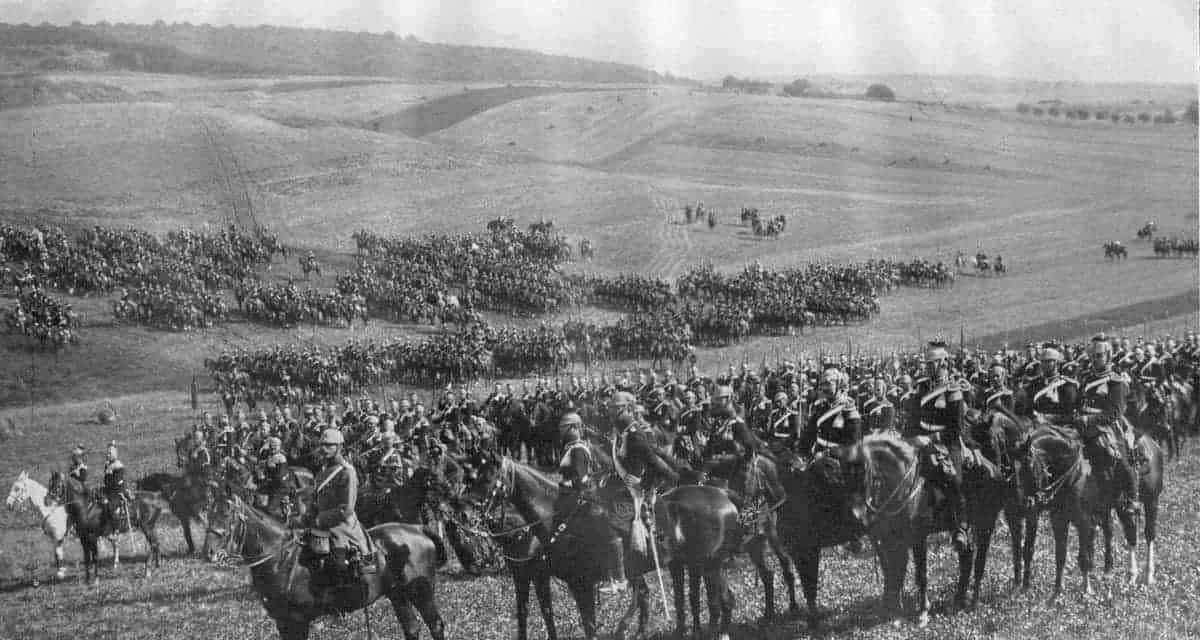 This Day In History: The Battle of Tannenberg Begins (1914)

On this day in history the German 8th Army, under the dual leadership of Paul von Hindenburg and Erich Ludendorff, marched forward to meet the invading Russian army. The Russian 2nd Army, led by General Aleksandr Samsonov had driven deep into East Prussia during August .

In the middle of August 1914, in a surprise move, Tsar Nicolas had sent two armies into East Prussia. This was in agreement with their western allies France and Britain. The invasion of East Prussia was a great shock to the Kaiser and his government. Germany had concentrated most of its armies on the western force in order to secure a rapid victory against the French. The Russian 1st Army, under Rennenkampf, advanced to the northeastern corner of East Prussia, while the 2nd Army advanced in the south. The two armies were divided by Lake Masurian. The two units intended to reunite and force the outnumbered Germans to a decisive battle. After a Russian victory in the Battle of Gumbinnen on August 20, the Russian made a fatal mistake.Instead of pressing ahead they rested their units and waited for reinforcements.

Von Moltke the German Chief of Staff grew very concerned about the situation in East Prussia. He decided to appoint Von Hindenburg and Ludendorff as commanders of the 8th army. It was to prove an inspired choice and both men were to work very effectively together and worked together as a partner. On August 26, The Germans intercepted wireless messages from both Samsonov and Rennenkampf. This allowed them to discover the plans of both armies and the Germans decided to launch a surprise attack. They decided to attack the Russian 2nd army first and they too Samsonov’s army by surprise with the force of their attack near the village of Tannenberg. The Russians were unaware that they were entering into a trap until it was too late. The Germans had superior artillery and battered the Russians fro three days. After three days of bombardment by the German guns, Samsonov’s troops began their retreat. As they did they were intercepted by a German force and the Russian army disintegrated and suffered appalling casualties. Samsonov knew that his army was doomed he surrendered his command to a subordinate and went into a nearby wood and shot himself.

It is estimated that over 40,000 Russian soldiers were killed and some 92,000 taken as prisoners in the Battle of Tannenberg. Some weeks later the Germans were able to defeat the other Russian army . Ludendorff and Von Hindenburg managed to clear the Russians from East Prussia. These battles are regarded as the greatest German victories of the war.

Many historians believed that the Russians, despite their defeat, had managed to divert enough Germans forces from the western front to allow the French and British to beat the Germans at the Marne, and this battle saved Paris. The invasion of East Prussia may have saved Paris from being captured by the Germans in 1914.