This Day In History: The British Burn the White House (1814) 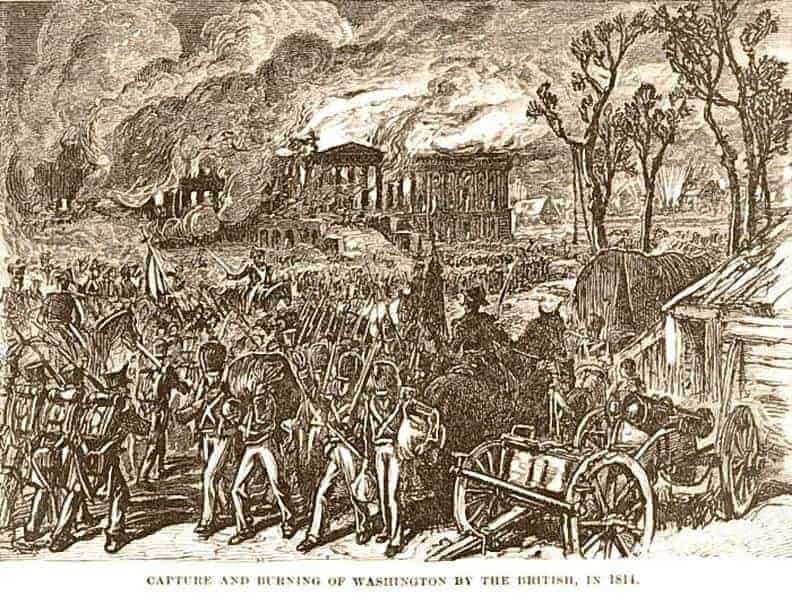 This Day In History: The British Burn the White House (1814)

On this day in 1814, America was shocked when British troops enter Washington, D.C. and burn the White House. The British burned the White House in retaliation for the American attack on the city of York in Ontario, in June 1812. 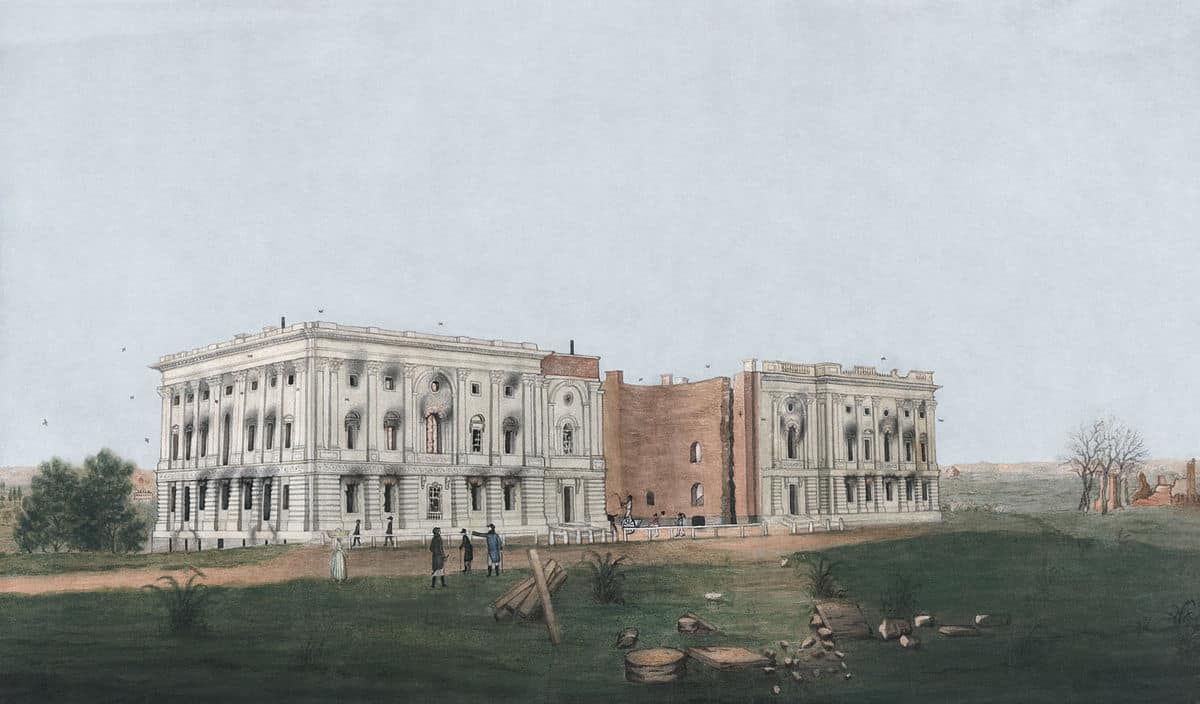 The British had inflicted a defeat on the Americans at the Battle of Blandensberg and they headed straight for the American capital, which was largely undefended. They had taken the Americans completely by surprise and the British met with little opposition on the march to Washington.

When the British arrived at the White House, they found that President James Madison and his staff had already fled to safety to rural Maryland, with his family. Legend has it that British soldiers reportedly sat down to eat their rations using White House finest silver dishes and dinnerware. The British then looted the presidential mansion and setting it ablaze.

According to historians and the then First Lady Dolley Madison personal letters, President James Madison had left the White House to consult with his generals on the battlefield. This happened just as British troops were marching on Washington. President Madison asked his First Lady has she the “courage or firmness” to wait until he returned from his meeting. He asked his wife to collect any papers that she thought was important so that they did not fall into the hands of the British. There were many highly sensitive documents in the White House that could have helped the British in their war with the Americans.

The next day, Dolley through spyglasses studied the horizon, to see if either Madison or the British would army show up.

The British troops were the first to appear, Dolley decided to abandon the couple’s personal belongings and instead saved a full-length portrait of former president George Washington from desecration. She also managed to take some sensitive state papers with her in a case. Dolley wrote to her sister on the night of August 23 of the difficulty involved in saving the portrait of America’s first President. Two men managed to unscrew the painting from the wall and took it to safety in New York.

Only when the painting was safe did she leave the White House.

Dolley left the White House and found her husband at a pre-arranged meeting place during a storm. President Madison and his beloved wife Dolley were able to return to the White House a few days earlier. The British after burning the White House and after terrifying many citizens, they withdrew. They were worried that the American units could cut them off from the sea where British ships were waiting to evacuate them to Canada. Madison served the rest of his term residing at the city’s Octagon House. The White House had been gutted but the American public decided to rebuild the symbol of the American Presidency It was not until several years later that a newly elected president, James Monroe returned to the renovated building.