This Day In History: The US Captures The Marshall Islands (1944) 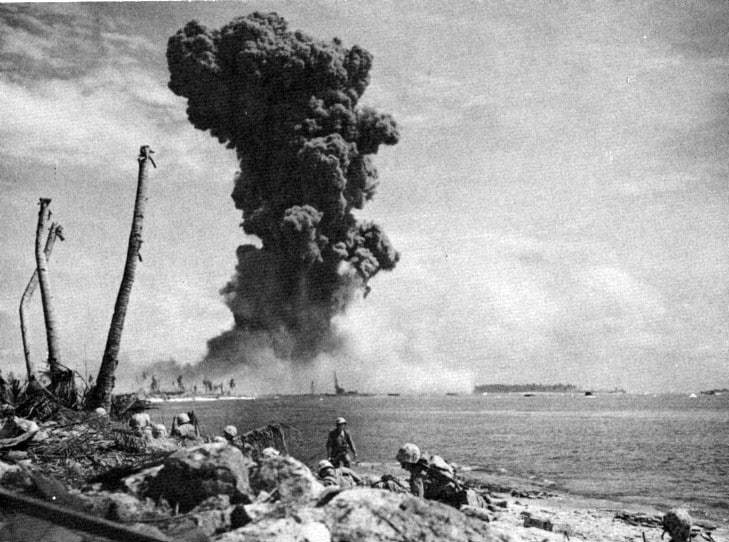 This Day In History: The US Captures The Marshall Islands (1944)

On this day, in 1944 American amphibious forces invade and take control of the Marshall Islands. These islands were very importantly strategically in the Pacific. The Marshall’s were long used by the Japanese as a base and they were an integral part of the Japanese supply chain in the Pacific theater.

The Marshalls had been originally colonized by the Germans, but after the First World War, they were handed over to the Japanese under a mandate from the League of Nations. The Japanese had joined the western allies and rewarded after WWI with several chains of islands including the Marshalls. Originally these islands, including the Marshalls could not be used for military purposes. In 1933 after the Japanese withdrew from the League of Nations they built military and naval installations on the Marshalls. These were used to threaten key shipping lines in the Pacific.

The Americans after Pearl Harbor recognized the strategic importance of the islands and they regularly attacked the Marshalls by air. The US began to seize islands in the Central Pacific Region in the Fall of 1943. The conquest of the Gilbert Islands allowed the US to prepare for an invasion of the Marshall Islands. The American plan to seize the islands were known as Operation Flintlock.

The invasion force set out from Pearl Harbor in January 22nd 1944. In total, over 50,000 marines and support troops were involved in the operation. The US air force used a new airfield on the Gilbert Islands to bomb the Marshall Islands. They targeted the Japanese control and communication center, that was located on an atoll, in the Marshall Islands. The US air force destroyed this center and every plane on the island. The Japanese had expected the Americans to land in numbers on the main island, as they had on other islands. The led the Japanese to establish defenses on the main islands and left the atolls relatively lightly garrisoned.

The US invasion did not unfold as expected and the force took some of the outlying atolls. The Japanese were badly disorganized by this time and they could not really oppose the landings. The Marines were able to take the islands with little fighting and the navy’s guns bombarded the Japanese positions. The Japanese were restricted to guerrilla tactics in the interiors of the islands. The Marshalls were captured on this date and all Japanese resistance ended. The US had lost some 400 men and the Japanese are believed to have lost many thousands.