This Day In History: The Battle For Manila Begins (1945) 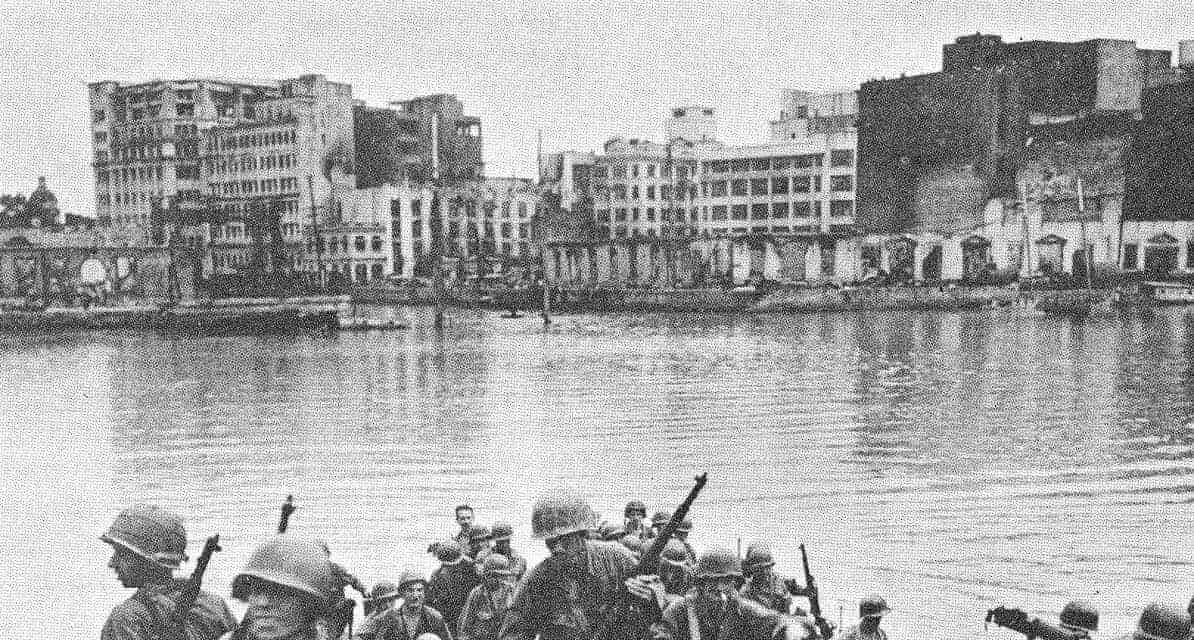 This Day In History: The Battle For Manila Begins (1945)

On this day in 1945, the Battle of Manila begins. The battle was one of the fiercest battles of the Pacific War, it began when the American army began an assault on the Philippines capital. The Japanese had occupied the country since 1942 when they defeated a combined Filipino-American army. General MacArthur had been forced to flee from Bataan but he had vowed to return. He kept his promise and in early 1945 he landed with a 100,000 invasion force of soldiers and marines, with the objective of liberating the Philippines.

The Americans landed on the main island of Luzon and after establishing some beach heads they made their way inland. The Japanese used kamikazes in a desperate attempt to delay or halt the invasion. This tactic failed and the Americans were soon in control of a significant area of the island of Luzon.

The Japanese used guerrilla attacks to slow the American progress. The commander of the Japanese army decided to use some of his forces in the defense of Manila, he believed that he could draw the Americans into bloody street fighting and that his men could inflict heavy casualties on them, this would lead to their withdrawal or slow their advance across the Philippines.

MacArthur ordered a multi-pronged attack on the city. The Japanese commander in the city, Rear admiral Sanji, did not have many men under his command but they were prepared to fight to the death. MacArthur was confident of victory and had even planed a victory parade to take place in the city on the 4th of February. He was very much mistaken.

The Japanese used the urban landscape to great effect and they used ruined buildings for cover. The fighting involved house-to-house fighting and many civilians were caught in the crossfire. Mac Arthur had tried to minimize civilian casualties but many were killed. The Americans used their massive firepower to pulverize the Japanese in the city. They pounded Japanese positions with howitzers, planes and even used the guns on destroyers. The Americans also had to rely on flamethrowers in order to clear houses of the enemy.

The Japanese often killed civilians during the battle for the city. The killed men, women and children and theses crimes have gone down in history as the Manila massacres. The Japanese committed many atrocities and mutilated many of their victims. A Japanese general, Yamashita was later executed for these war-crimes.

It took a full month before the Americans were able to eradicate the Japanese from Manila and finally liberate the city. The US lost over 1100 men while the Japanese lost several thousand soldiers. Tens of thousands of Filipino civilians died in the Battle for Manila. Fighting continued in the Philippines until August 1945.