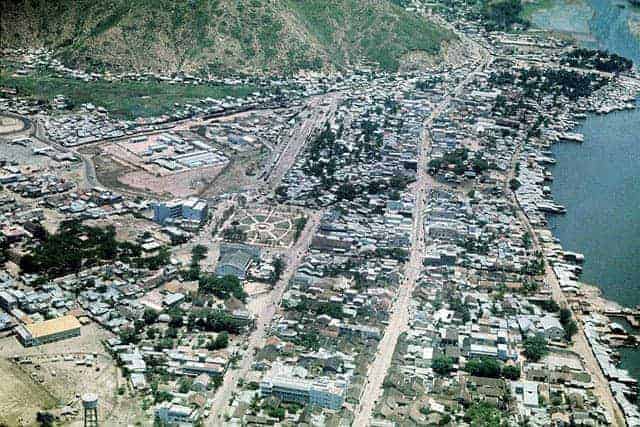 On February 10, 1965, tensions rose to new heights. A day earlier, the U.S. sent its first combat troops to South Vietnam as part of a broad plan to increase troop presence in Vietnam. Communist influence over the Viet Cong was rapidly spreading – rural areas were embracing socialist ideologies. To the United States, this gestured they were losing a grip on South Vietnam. Young men being recruited to the communist cause in the North could be easily recruited to fight the South, bringing the North closer to succeeding in their objective to eliminate the line dividing the country.

A day before, a U.S. Marine Corps Hawk air defense missile battalion was deployed to Danang. This fulfilled the primary promise of American combat troops in South Vietnam. The move did not go unnoticed. Considerable responses around the world to the new stage of U.S. participation in the war were made by a number of countries. Two reactions mattered most to the United States. Both Russia and China made overtures of intervention.

Either country sending in additional troops would create an explosive concoction posturing the world on the brink of a world war. The situation was tense. In Moscow, the U.S. embassy was attacked by protesting, pro-communist students. Britain and Australia supported the United States’ decision to escalate militarily, while France called for talks between Moscow, Washington, and China.

Retaliation in the region came on February 10, 1965, when Viet Cong rebels blew up a hotel being used for U.S. military barracks in the otherwise quiet, serene, seaside city of Qui Nhơn, a coastal area surrounded by turquoise blue ocean water in South Vietnam.

Twenty-three soldiers were killed. It was fortunate more soldiers were not in the hotel, which was totally destroyed after a 100-pound explosive charge rocked everything familiar from the building, which was mostly turned into ash. The overarching Viet Cong objective was to unite North and South Vietnam under communist rule.