This Day In History: The US 1st Cavalry Division Starts Operations In Vietnam (1965) 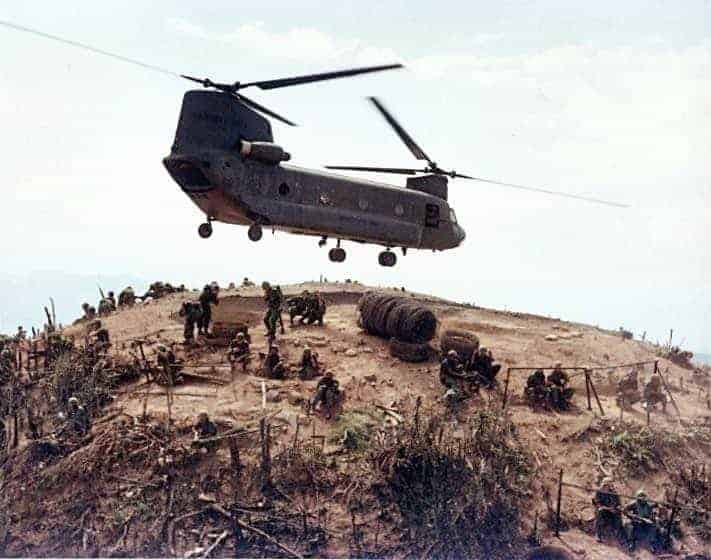 This Day In History: The US 1st Cavalry Division Starts Operations In Vietnam (1965)

On this day in history, the 1ST Cavalry Division undertook its first major operation of the Vietnam War. The Division had only arrived in Vietnam the previous month. The Division joined with South Vietnamese marines to attack at 6,000 North Vietnamese troops that were located some 25 miles from An Khe, in the Central Highlands region.

The 1st Cavalry Division had a distinguished record of service during WWII and Korea. However, the Division had been overhauled in order to fight in Vietnam. The new Cavalry 1st Division was a new kind of fighting force and it was designed to be a highly mobile force that was based around the helicopters. The division had over 400 helicopters and could move one third of its division at a time. It could operate in terrain like the Central Highlands because of its helicopters. The helicopters could also airlift artillery and light armored vehicles into difficult terrain and this allowed the 1st Cavalry to attack the enemy in even the most remote terrain. The division’s helicopters were also equipped with heavy machine guns and rockets and they provided air support to the men on the ground.

Soon after its first operation in the Central Highlands it became involved in a major battel against the North Vietnamese army. The Division was to achieve fame in the Battle of La Drang, described in the best-selling book We Were Soldiers Once…And Young. Because of that battle the division earned the Presidential Unit Citation (US), the first unit to receive such in the war. The Division was to fight in some of the most intense battles of the war, including the Tet Offensive.