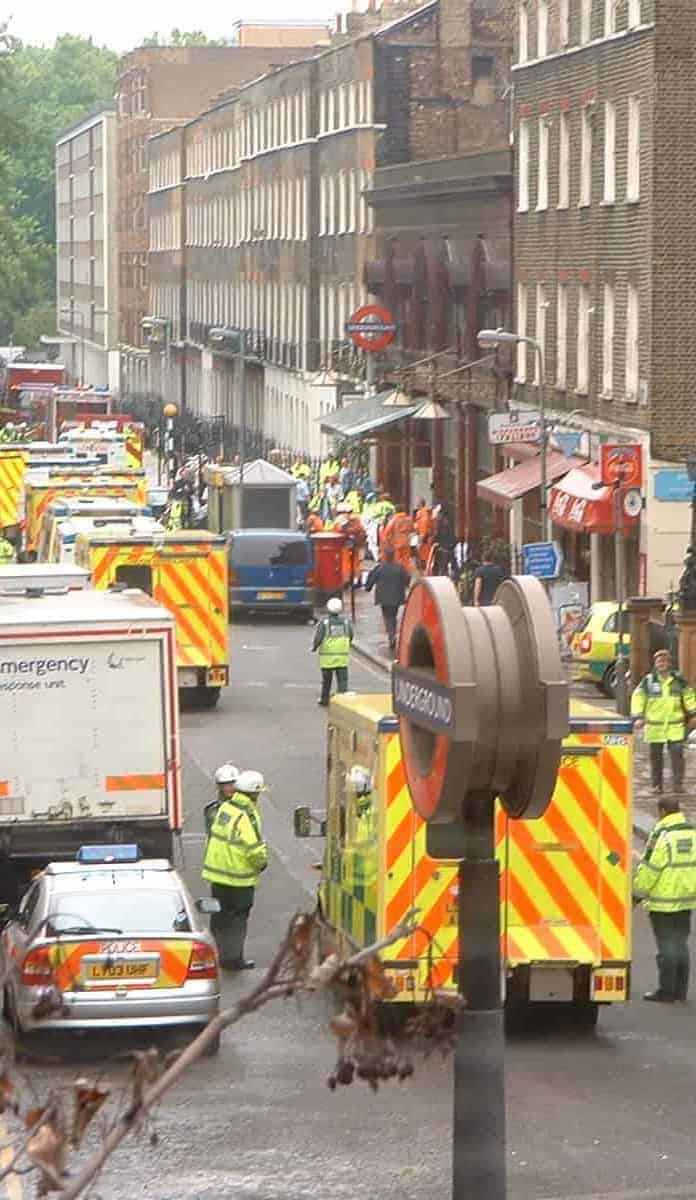 Since 9/11 the western world has come under constant attack from Islamist terrorists. They are enraged at what they see if the west’s interference in Muslim countries and they perceive that it is waging an undeclared war on Islam. This has resulted in a series of suicide bomber attacks on western targets in Muslim countries and indeed in the west itself.  The main terrorist groups behind these attacks or have inspired them have been Al-Qaeda and Islamic State.

On  July 7th, 2005,  bombs are detonated in three crowded London subways. and one bus in the London rush hour. The bombs exploded at roughly the same time. The bombers are believed to have been inspired by Al-Qaeda. The bombs are all homemade and were built on information from the internet.  The bombers detonated their bombs without warning and they deliberately targeted civilians. In total, some 56 people are killed and another 500 wounded. The death toll would have been much higher but for the prompt action of the emergency and medical services. Many of the wounded are badly maimed and lose limbs.

The  three bombs on the train  that hit the London Underground, the city’s subway system, which was extremely busy.  The bombs all detonated within a few minutes of each other at approximately 8 50 a.m. as people had been travelling to work. There was a later explosion on a bus after these explosions. The bus was almost totally destroyed and the image of the mangled bus became a well-known image around the world.

The attacks took place as the leaders of the western world were meeting in Scotland. The terrorists are believed to have coordinated their attacks in order to embarrass world leaders and to demonstrate that they have the capacity and will to inflict terror on a western capital. The attacks shocked the world.

Tony Blair then Prime Minister of the UK vowed to bring those who helped the bombers to justice. He also stated that it would not change his policy on Iraq.

Of the 4 suicide bombers, there had been born in the UK and one had been raised in that country. The group, led by Osama Bin Laden claimed responsibility for the attacks. The men had been in contact with the group for some time before the bombings. They had been radicalized by the Iraq War.

Two weeks later there was another attempt to bomb the London Underground. The bombs did not fully detonate and there were no casualties