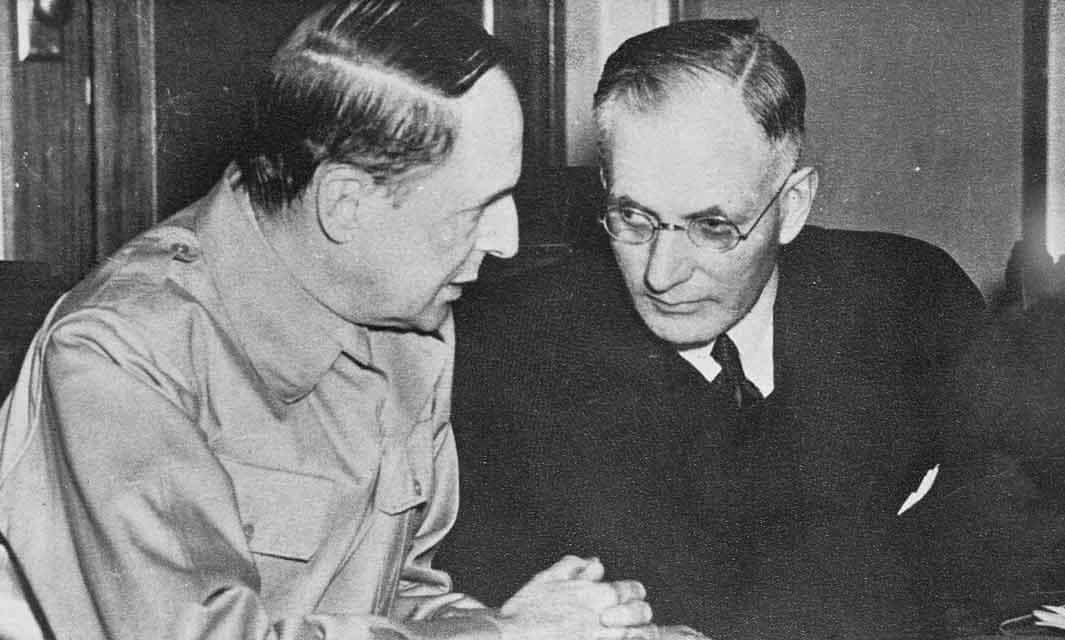 On this day in 1943, General Douglas MacArthur, the American commander of naval and army forces in the Pacific launches Operation Cartwheel. This was intended to be an assault on Rabaul and several of the Solomon islands in the South Pacific. The Solomon Islands were key to MacArthur and his island-hopping campaign. The operation was to last for several months of hard fighting. It marked the start of MacArthur’s great push across the Pacific.

The objective of Cartwheel was to break the defensive line that Japan had established across the Pacific. The Japanese wanted to use the Solomon Islands to protect the Dutch East Indies with its key oilfields. For the Americans, Rabul, in New Britain was the main target as it was the Japanese naval base.

On June the 30th 1943, General MacArthur, the strategic commander ordered assaults on New Guinea and on New Georgia. this involved marines and other units landing on these islands and removing the Japanese. The fighting was intense. However, the Americans prevailed. The capture of these islands allowed the Americans to plan an attack on Rabul and the Japanese naval HQ. The Americans had suffered a lot of casualties on New Guinea and New Georgia. The weather, geography, and the Japanese fierce resistance meant that they had suffered great losses. They had to delay the assault on Rabul for several weeks while they called up reinforcements.

The Rabul assault was equally difficult. The Japanese fought back and fought for every inch of the island. The Allies assault was to0 slow and they allowed the defenders to reestablish their defensive lines. The Japanese used snipers very effectively and they also used pill boxed to fire on their Americans. The minute the US marines landed on the beach they came under fierce and sustained attack. Many marines were killed or wounded. the US navy provided crucial support by pounding the island with their heavy guns. The US air force strafed the Japanese from the air. Eventually, the Americans succeeded in capturing the whole island and this was a breach in the defensive line that the Japanese had established in the South Pacific.

One of the outcomes of Cartwheel for Mac Arthur and other American commanders was a new approach to the assault on Japanese-held island. The Americans adopted a “step-by-step” approach to the invasion of Japanese islands. The Allies decided on a leap-frogging strategy. They would by-pass well-defended Japanese held islands that were not of strategic significance. They would be cut-off from any supplies. A leapfrogging strategy was then employed by MacArthur, and he decided to cherry pick the islands that he attacked as part of his grand strategy of fighting his way to the Philippines.