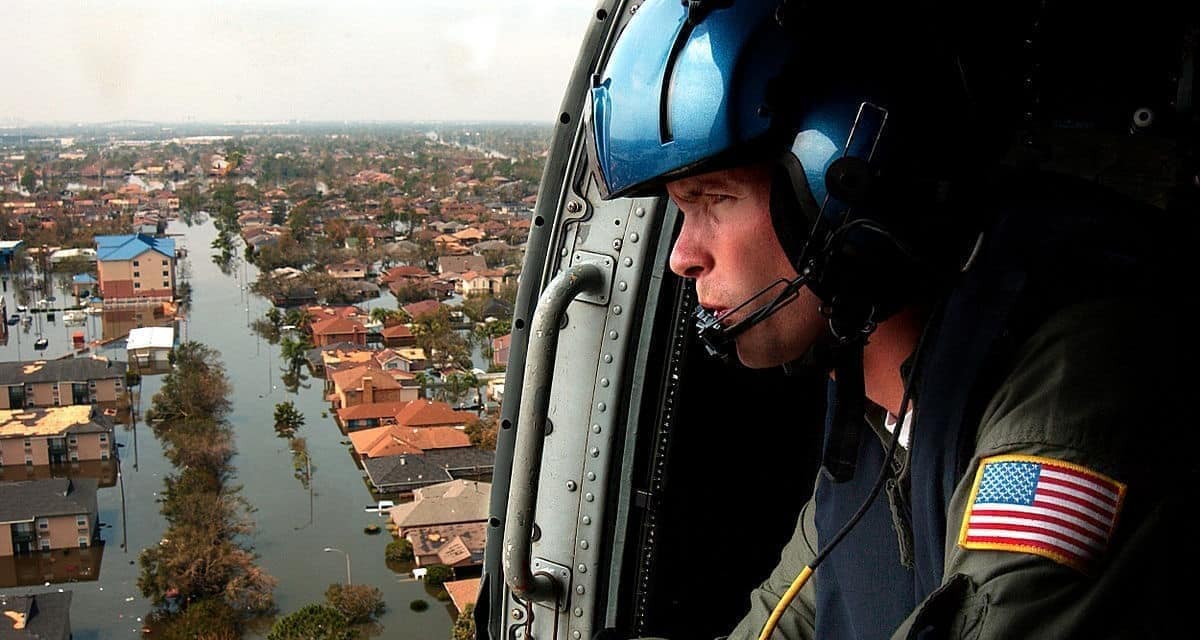 There have been many terrible hurricanes, but one of the most destructive was Hurricane Katrina. It was the most destructive hurricane ever to strike the United States. The hurricane made landfall on the Louisiana Coast, due west of New Orleans on this day in 2005. Hurricane Katrina was to be the just one of many hurricanes that season. The hurricane caused massive destruction in and the city and suburbs of New Orleans. It also left a trail of destruction elsewhere in Louisiana and all along the Gulf Coast.

On August the 28th the Hurricane was categorized as a 5 status hurricane. The US National Weather Service predicted that it would cause massive damage and loss of life. The Mayor of New Orleans ordered a general evacuation of the city because of the expected severity of the storm. However, not all heeded the call of the Mayor and many people stayed in the city. These were those who decided to stay put, but others simply did not have the means to leave the city. These were mainly poor people.

The next day, Katrina made landfall , bringing with it winds of up to 175 km per hour with gusts of up to 200 km per hour. The storm caused massive waves to batter the levees that protect the city, which eventually broke and as a result the city of New Orleans was inundated.

The flooded city was soon left without power and its food and fresh water supplies ran low. Tens of thousands of people sought refuge at the city’s Convention Center and the Louisiana Superdome. Soon this place became overcrowded and dirty and many people were left at breaking point. At both sites, conditions rapidly deteriorated amid overcrowding and a lack of supplies.Despite the grave situation in these locations the Federal government and the state were slow to respond. President George Bush was heavily criticized for not doing more. He did not visit New Orleans for a considerable period and this led to accusations that he did not care.

The head of the Federal Emergency Management Agency (FEMA) resigned because of his agency’s slow response.

Finally, on September 1, the evacuation of the city commenced. The military was drafted in to help transport people to Houston and other cities. The U.S. Army Corps of Engineers began repairing New Orleans’ levee system, that had been all but destroyed. The repairs were completed a week later and they began to pump water from the stricken city.

Hurricane Katrina had a dramatic impact on the New Orleans society and its economy was left in ruins. It is not known how many people died, but anything from 1,000 to 1,700 people it is believed perished in the disaster. Another half a million people had been driven from their homes and it is estimated that a quarter of a million people lost their jobs, because of the hurricane. The city had to be rebuilt and it took many years for the city to recover and even now it still bears the scars.