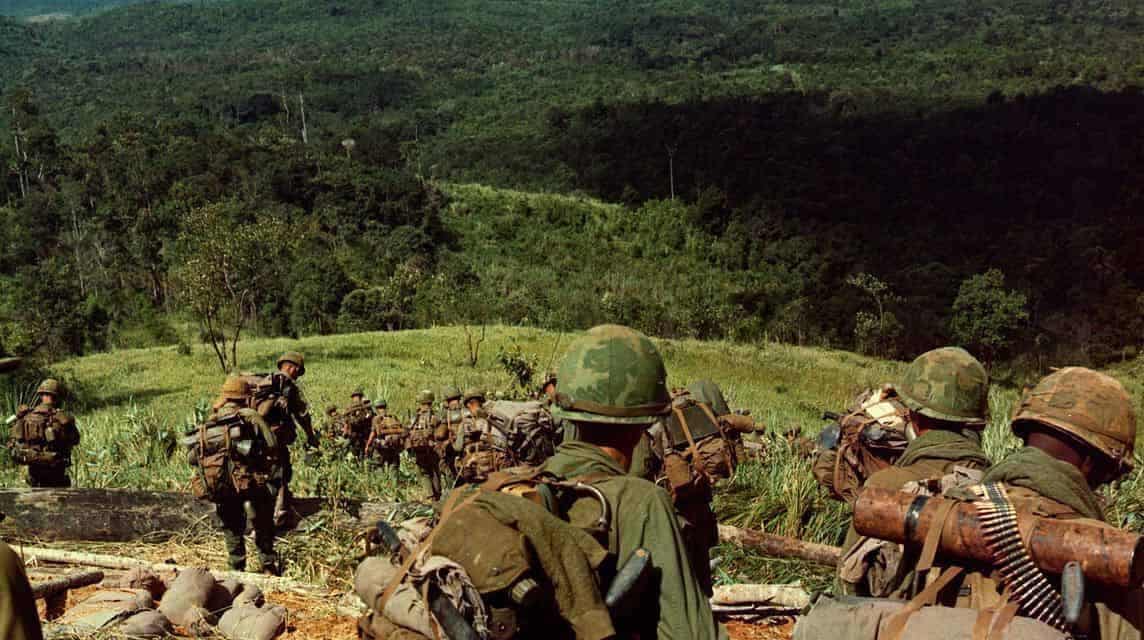 On this date in history, the battle of Dak To took place in the Vietnam War. It was apparently, a decisive and clear victory for the Americans. The battle took place in 1967 in the Central Highlands. There were heavy casualties on both sides of the bloody battles. The Battle of Dak To, took place some 250 miles north of Saigon and near South Vietnam’s border with Cambodia. The Central Highlands were crucial for the North Vietnamese and their South Vietnamese allies the Viet Cong and they had many troops stationed in the region. The Americans detected that the Communists were building up their forces in the Highlands.

Westmoreland the American commander in South Vietnam decided to prevent the Communists from turning the Central Highlands into a no-go area for the US and its South Vietnamese allies. He ordered the existing 1000 troops already there to be reinforced by 3000 troops from the US 4th Division and the 173rd Airborne Brigade. The communists had approximately seven thousand troops in the Central Highlands. The operation began on this day in 1967 and it was the start of the Battle of Dak To. After an initial aerial bombardment, the Americans began a sweep through the area. They established a firebase some distance from Dak To. The focus of the operation was Hill 875 which was situated just outside of the town of Dak To. From November the 19th to 22nd the 173rd Airborne fought a savage battle for the Hill. They eventually forced the North Vietnamese from the hill and this left the Americans in control of the area.

The American suffered many causalities and in one tragic incident, a US plane mistakenly bombed an American unit, killing 30 men. In the course of, the battle the US had lost 285 men with 18 missing and almost a thousand were wounded. They had inflicted a series defeat on the North Vietnamese army and four regiments were so badly mauled that they were effectively put out of action. The Americans their South Vietnamese allies were able to extend their control over the Central Highlands and were able to disrupt the flow of men and equipment to the communists from Cambodia into the south. However, the North Vietnamese may have been defeated but they had achieved their aim they had drawn more American troops from the cities and towns and into the jungles and mountains. This meant that they were more vulnerable to guerrilla attacks and this also left the urban centers of South Vietnam open to a Communist offensive. This offensive was to happen in 1968 during the Tet Offensive.